Vietnamese football is about to wrap up an eventful year with resounding success from teams at different levels, as well as gear up for new ambitions to conquer in the years ahead, including the campaign to earn a place in the 2026 World Cup.

Permanent Vice President of the Vietnam Football Federation (VFF) Tran Quoc Tuan has affirmed that Vietnamese football has been proactively and actively preparing for this very ambitious goal.

One of the orientations set for Vietnamese football is to qualify for the 2026 World Cup, as the number of teams participating in the final competition is expected to be expanded from 32 to 48, with the Asian Football Confederation (AFC) scheduled to be granted 8.5 places. This is an excellent opportunity for Southeast Asian teams, including Vietnam, to hunt for a berth at the world’s biggest football tournament.

Especially, with the strategy towards the 2026 World Cup, and with the cooperation and support from Vingroup, Vietnamese football will have more favourable conditions to improve the standard of training facilitates, especially for the young players that will lead the way for the campaign. 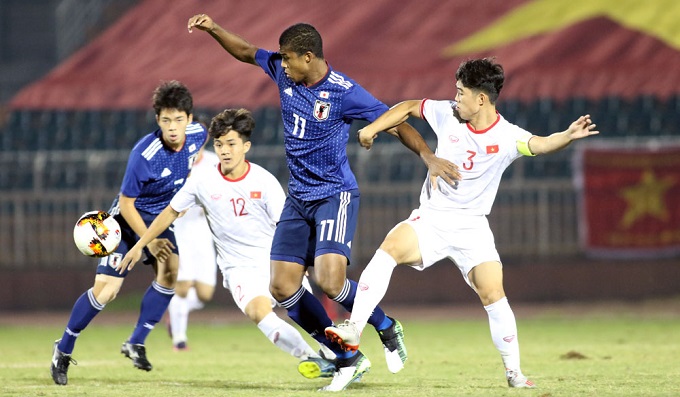 Vietnamese football will continue to strongly invest in the young players in service of the 2026 World Cup mission.

“We are making contacts for Vietnam U20s to attend an international tournament to be held in Toulon, France next summer. The event, co-organised by countries to create a playfield for young players, will bring together the world’s leading teams, such as Brazil, Chile and Russia,” Tuan said. “In the time ahead, the VFF and Vingroup will continue to work together to enable our youth teams to regularly participate in such quality tournaments.”

According to the official, in addition to the U20 team, the federation is looking towards arranging international friendly tournaments and overseas training camps for Vietnam U17s next year, because this vitally important generation of players will be the one set to play in the qualification campaign for the 2026 World Cup.

Regarding the plans of the Vietnamese teams in 2020, Tuan said the VFF recently had a meeting with the National Coaching Council and head coaches of teams to work out specific tasks for the near future. Accordingly, the immediate task is to focus on the remaining three matches in the 2022 World Cup Asian qualifiers, striving to advance to the final qualification round. This is of great significance, as it not only earns Vietnam a direct ticket to the 2023 Asian Cup finals but also helps to bring the Golden Dragons closer to the world stage.

The Vietnam men's national team are looking towards advancing to the final round of the 2022 World Cup Asian qualifiers and defending their AFF Cup crown.

The VFF Vice President said the mission of defending Vietnam’s AFF Suzuki Cup title is also being thoroughly calculated by the VFF and head coach Park Hang-seo, bearing in mind that Vietnamese football will both participate in the World Cup qualifiers and the AFF Suzuki Cup, and must coordinate harmoniously with the domestic competition system, especially the professional tournaments, as well. Immediately, the U23 team will kick-start a new year for Vietnamese football by taking part in the 2020 AFC U23 Championship in early January. According to Tuan, as the reigning runners-up, Vietnam U23s will continue to strive towards the goal of vying for a ticket to the 2020 Tokyo Olympic Games, which are open to the last four teams at the continental championship. “It will be very difficult, but we need to set a goal to motivate the team. That is important for the development,” the official said. 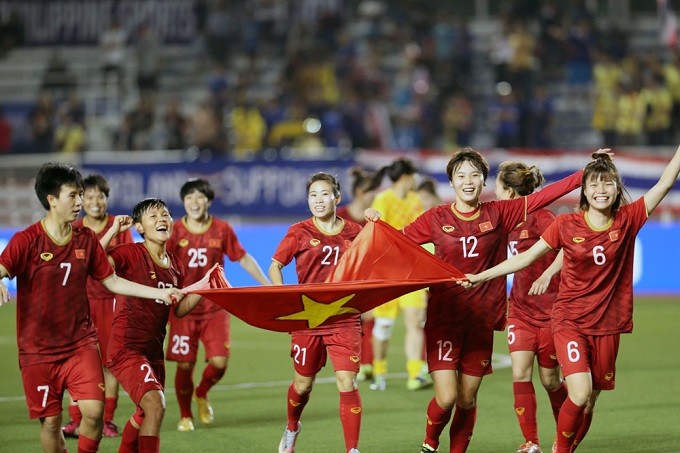 The Vietnam women's team are actively preparing for the goal of earning a place in the 2023 FIFA Women's World Cup.

As for women's football, early next year, the Vietnam national team will participate in the final qualification round for the 2020 Tokyo Olympics women's football tournament.

“This is an opportunity for Vietnam’s women’s football to reach the level of the world-class teams such as Japan, China and Australia, thereby looking towards the 2023 World Cup as the number of teams for the finals will be expanded. Vietnam need to seize the chance in order to realise their dream of qualifying for the world’s biggest football playfield for the first time,” Tuan emphasised.

In addition, the VFF is preparing forces for the 31st Southeast Asian (SEA) Games, to be hosted by Vietnam in 2021, through a plan to create conditions for youth teams to attend international competitions, such as Vietnam U20s competing in the recent BTV Number 1 Cup 2019. This aims to help head coach Park Hang-seo to shape the frame and build the best forces for the national team to prepare for their SEA Games title defence campaign in the next two years, the VFF Vice President stated. Nhan Dan