But the industry is showing signs of recovery with a number of new movies set to be released during the year-end festive season. 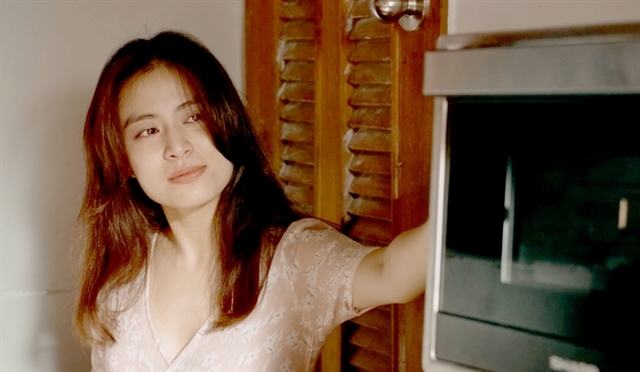 The film’s director Ta Nguyen Hiep told local media that it is based on a true story about a murder in a downgraded apartment building in HCM City. "It took me six years to turn the story into a film,” he said.

There are four suspects: a single mom, her boyfriend, chief of the residential area, and a faded celebrity, who are all residents in the building, he said.

In the film, the director focuses on the life of four suspects to seek answers to his question: “How does the murderer face his or her soul?”

"Characters in A Monster’s Heart are a challenge for the actors because they are completely different from the roles which they had previously played. With years of experience, all actors have fulfilled their roles very well,” he said.

He is known for short films featuring family, lifestyle and thriller topics.

Film and music producer Nguyen Quang Huy, founder of WePro, praised Hiep and said their new film would lead to the development of crime films in Vietnam.

A Monster’s Heart is set to begin screening at nationwide cinemas on November 13.

The comedy action film was planned to be in cinemas on March 27, but had to be postponed due to COVID-19.

The sequel continues the story about a female gangster, Muoi Ba, and her gang members.

When a member of her gang is suspected of killing the younger brother of another gang leader, Mười Ba has only three days to find the true killer and prove the innocence of her gang member.

The film is co-directed by To Gia Tuan and Khuong Ngoc, starring comic actors Thu Trang and Tien Luat, and Kieu Minh Tuan.

Thu Trang, 36, who is also the film’s producer, said: “It’s time for Vietnamese movies with good content and high quality to be introduced to nationwide audiences.”

Trang, a graduate of the HCM City College of Theatre and Cinematography in 2004, has been invited to act by popular city theatres like 5B, Phu Nhuan and The Gioi Tre.

The actress has also acted in many movies by famous directors such as Victor Vu and Charlie Nguyen.

The web drama has attracted a total of 144 million views on YouTube.

Along with Trai Tim Quai Vat and Chi Muoi Ba: 3 Ngay Sinh Tu, the festive season will see the release of new movies, such as romantic drama Sai Gon Trong Con Mua (Sài Gòn in the Rain), and rom-com Nguoi Can Quen Phai Nho (What We Got to Remember).

All of the films are expected to entertain audiences during the Christmas and New Year holidays.

A movies lover, Nguyen Kim QUyen, said: “I am excited to enjoy good films with my friends in the cinema. Watching films at home is interesting, but sharing feelings with the crowd is more exciting.”

Film producers and directors have been working hard to bring Vietnamese films to the big screen, and the work has paid off.

The film revolves around the life and fate of a homeless teenage lottery vendor called Rom who dreams of earning enough money to find his biological mother.

The film won the top award in the New Currents section at the Busan International Film Festival 2019, together with the Iran-Qatar co-production Haifa Street.

The film is directed by Nguyen Quang Dung and produced by Phan Gia Nhat Linh.

At a seminar on the film industry in September in HCM City, Ta Quang Dong, deputy minister of Culture, Sports and Tourism, said: “With high-quality movies, interesting promotions and huge support from local audiences, I believe the Vietnam film industry will stay strong and overcome the challenges caused by COVID-19.