Duong Yen Nhung has been selected as the Vietnamese representative at Miss Tourism Queen Worldwide 2019, a beauty contest which is scheduled to be held in the Philippines in late October. 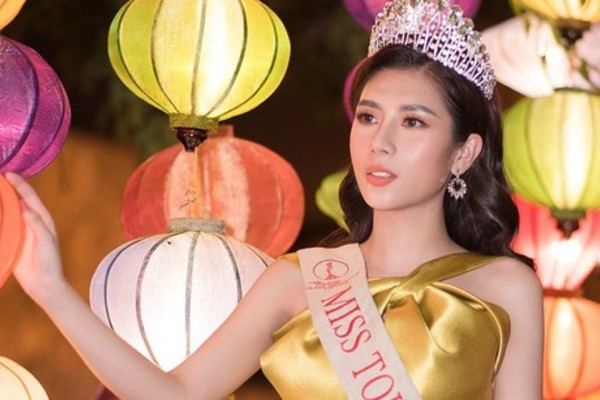 The announcement was made during a ceremony held in Ho Chi Minh City on October 10.

During the event, Amy Sunio-Abarquez, president of the Miss Tourism Organization, handed over an invitation letter to Yen Nhung.

Following this Huynh Vy, Miss Tourism Queen Worldwide 2018, presented a crown and sash to Yen Nhung, in addition to plenty of encouragement, ahead of the start of the global pageant.

Yen Nhung is a native of Nha Trang city and previously graduated from the Vietnam Aviation Academy. She stands at 1.70 meters tall with measurements of 87-60-90 and is currently a fashion designer.

The Miss Tourism Queen Worldwide pageant was first held in 2018 with the aim of seeking beauties to help promote tourism in countries across the globe, encouraging people to protect nature, whilst also maintaining traditional culture.

The grand final of this year’s competition is set to take place on October 27 in the Philippines, with the participation of representatives from 30 countries worldwide.