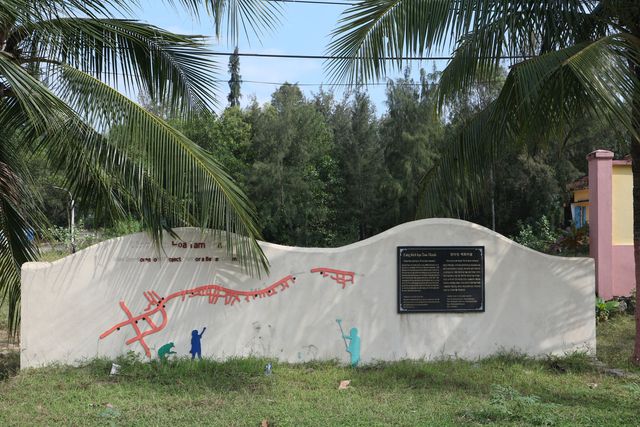 In June 2016, Tam Thanh Commune was chosen for an art project as part of the Korea Foundation Community Art Exchange Programme to improve living conditions and introduce more art to the public. Artists from South Korea, volunteers and many Vietnamese students had given the walls of the village a new face. It was hoped that the project would attract and keep tourists staying in Tam Thanh.

In the first four months, a huge number of tourists had arrived in Tam Thanh to see the murals and helped improve the lives of the villagers. 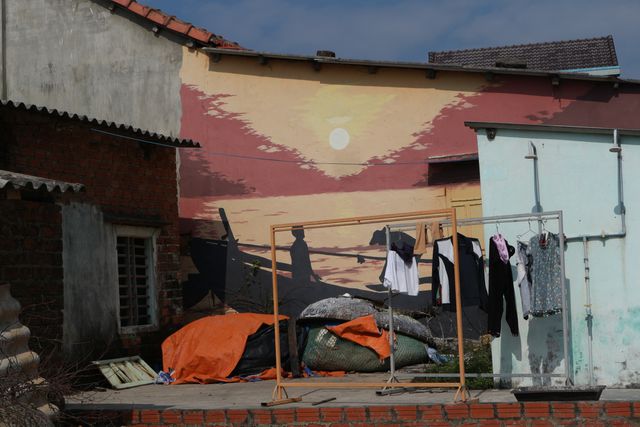 However, the murals have not been maintained and damaged badly. Some people have already repainted their houses and erased the murals. According to the locals, as new villagers arrived and the houses were sold or upgraded, the walls were destroyed and the murals were erased. In Hoa Trung Village, previously called Trung Thanh, 20 houses were sold and bought in the past three years.

"Only a few tourists come during the weekends. They looked at the village disappointedly and left. When the project was just completed, the village received lots of tourists. Most of the walls have become dirty now," said Pham Thi Tuy, a villager in Hoa Trung.

Tam Thanh Mural Village and the Basket Boat Art Path used to be Tam Ky City's highlights. However, many shortcomings have been exposed in the management plan after letting the local community manage the projects. 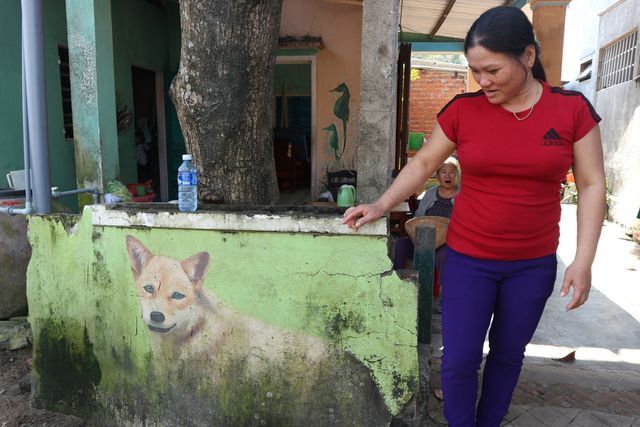 Nguyen Thi Anh, a street vendor, said, "This used to be the favourite spot of the tourists due to beautiful paintings and the ocean view. But I have already stopped working due to lack of customers. Everyone regrets losing the murals. When a house owner decided to destroy a dog mural, I tried to save it by bringing it home but the wall has deteriorated now."

Anh said they didn't know how to preserve the murals. They didn't dare painting over them for fear of ruining the original paintings. They hope that there will be measures to restore paintings and tourism services.

Nguyen Thanh Binh, chairman of Tam Thanh Commune, said because of the storms and bad weather, they had to take the basket boats to the warehouse and the number of tourists also decreased. They couldn't do anything to the murals since the walls are private properties.

"The walls have bad quality so if we relocate the walls alone, they will break apart. We also hope that there will be measures to restore the murals and boost tourism," he said. Dtinews

The murals depict an old-time Hanoi after the bloody war.