Specifically, “Chi Pheo Ngoai Truyen” ( I am not Chi Pheo) by director Danny Do takes part in the Special Screening while the “Nostalgia” by director McFloyd Nguyen competes in the HFPA (the Hollywood Foreign Press Association) Scholarship Short Films at the 7th Asian World Film Festival (AWFF) 2021 that kicked off in Los Angeles on November 2-11. Besides, the Vietnam Film Day featuring movies including “Bo Gia” (Dad, I'm Sorry) by directors Vu Ngoc Dang and Tran Thanh, “Phuong Khau” (The Emperor's Gift) by director Huynh Anh Tuan was also held at the film fest.

Vietnamese cinematic works consisting of “Grandma’s Broken Leg” by Huynh Cong Nho, “Retrace” by Tran Thi Ha Trang, “The Men Who Wait” by Truong Minh Quy and “Elephants in the City” by Dam Quang Trung will participate in the category of Southeast Asian Short Film at the Singapore International Film Festival from November 25-December 5. Another movie, “How to Improve the World” by director Nguyen Trinh Thi will compete in the "Undercurrent" section at the film fest.

Independent filmmaker and video artist Nguyen Trinh Thi won the Moving Image Commission 2021. Nguyen Trinh Thi has been selected by a final jury chaired by Han Nefkens and composed of the directors of museums of Mori Art Museum, M+, and Singapore Art Museum. She will receive a cash prize of US$100,000 for the production of a new screen-based artwork in 18 months that will be exhibited in each participating institution.

The Bangkok ASEAN film Festival 2021 that will be organized from December 8 - 13 will see the presence of Vietnamese movies of “Binh” by Ostin Fam, “Live in a Cloud-Cuckoo Land” by Vu Minh Nghia and Pham Hoang Minh Thy, “A Trip to Heaven” by Duong Dieu Linh.

Local movies to be showcased at international film festivals

With the rapid growth of the film industry with movies gaining high revenue in recent years, companies now cherish the ambitious plan to enter the world market. 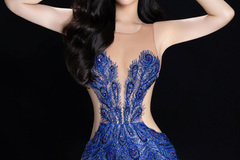 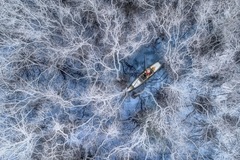 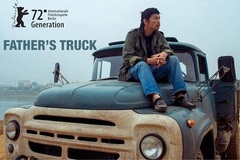 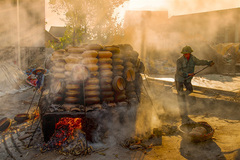