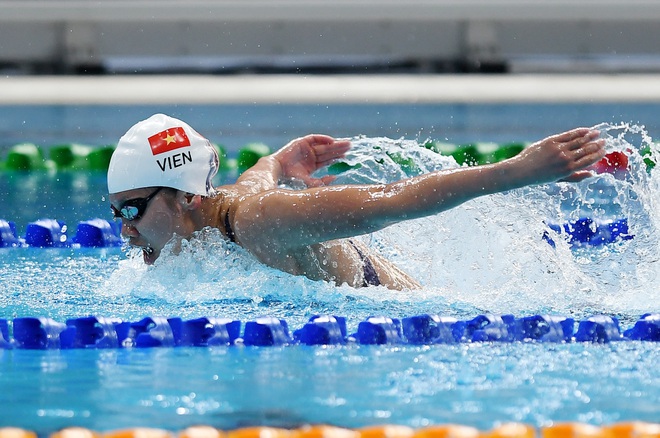 According to the Vietnam Sports Administration, they received a letter announcing swimmer Nguyen Thi Anh Vien’s retirement on October 8.

"We are very surprised because Anh Vien was among the athletes who would compete at the coming SEA Games 31 and Asiad 2022," the administration said.

Explaining her retirement, the swimmer wrote in the letter that she was now 25 and she wanted to focus on her studies at the University Of Sport in HCM City.

However, experts speculated that Anh Vien may have lost inspiration after her poor performance in some recent competitions, especially at the Tokyo Olympics.

The Vietnam Sports Administration said they would try to persuade Anh Vien to stay with the national team to prepare for the coming competitions, or at least wait until after the SEA Games 31.

"Although Anh Vien has passed her peak, she’s still the most promising athlete of the Vietnam team at the coming SEA Games," the administration said. "Our plan and target for the competition will be badly affected if she retires now."

Born in 1996 in the Mekong Delta city of Can Tho, Anh Vien first joined an international tournament – the Southeast Asian (SEA) Games – in 2011 and has won 25 gold medals so far at the SEA Games.

She made her Olympics debut as the youngest athlete of Vietnam in London in 2012, competing in the women’s 200m backstroke and 400m medley events. Vien also competed in the 2016 and 2020 Olympics but did not win any medals.

At the 2014 Asian Games, she won bronze medals, making history for Vietnam to win a medal at the continental competition.

Nguyen Thi Anh Vien has been named the best Vietnamese athlete of the year for many years.

Vietnamese swimmer Nguyen Thi Anh Vien finished last in the women’s 800m freestyle at the ongoing Olympic Tokyo 2020 on July 29, ending her journey at the event.