Putting license plates up for auction is included in the draft Law on Road Traffic Safety and Order compiled by the Ministry of Public Security. 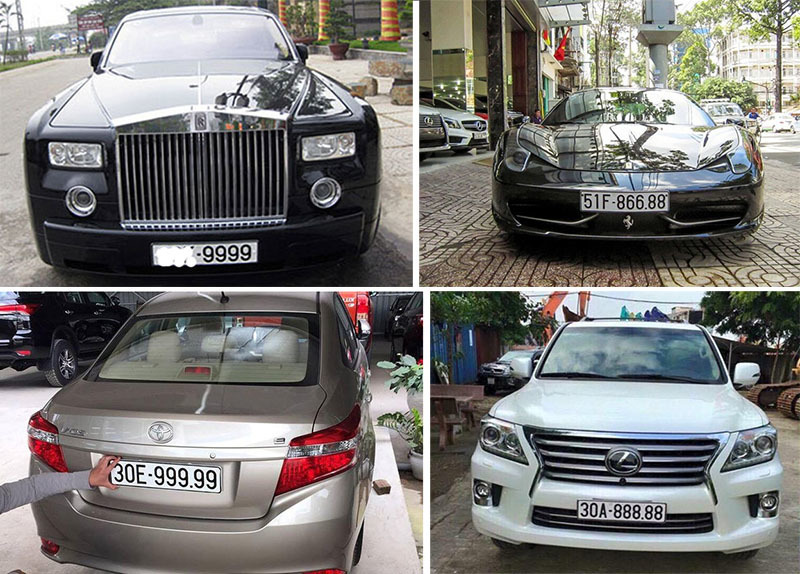 The draft law offers many options for people to get license plates instead of only one choice currently.

A representative of the Traffic Police Department under the Ministry of Public Security said in order to ensure objectivity and transparency in the process of auctioning car license plates, the ministry has proposed that the license plate auction will be organized by an independent auction institution, and people will bid online, with no fee.

“The auctioning will be undertaken by a prestigious experienced company, while the police will only act as the management agency that supervises the implementation,” he explained.

Experts said this is a reasonable method with high feasibility.

The 2008 Law on Road Traffic prohibits the purchase and sale of car number plates. The draft law, if ratified, will set a legal framework for the auctioning to be implemented.

Under the draft law, only the illegal purchase and sale of license plates are prohibited, while the purchase through auctions as proposed in the draft law is legal.

Having license plates with ‘beautiful’ numbers is the desire of many people. These are understood as special numbers, such as the same 5 numbers or lucky numbers (8 or 9).

Analysts affirmed that the demand exists. Many people have to exploit their relations with high-ranking officials or spend big money to acquire the plates they want.

Once the car number plate auctioning is legalized, they will be able to obtain what they want in a transparent way. It is expected that the state budget will receive trillions of dong more from the plate auctions.

Tu Sy Sua, a senior lecturer at the University of Transport, said that the auctioning must be implemented in a transparent way.

He pointed out that it is necessary to anticipate the possible social consequences to be brought about by the mechanism, such as the competition for ‘beautiful’ car number plates, or the feeling of being a bad loser in gambling.

Bui Danh Lien, former chair of the Hanoi Transportation Association, commented that the auction should have been implemented many years ago and that this method has been applied in many countries in the world.

At present, car owners don’t have the right to choose the plates they want, because plates are chosen by random. Officials may not show the plates with ‘beautiful’ numbers to people, but ‘sell’ the plates to the people they have relations with for money.

“This is one of the roots of embezzlement. If plates are put up for auction, the problem will be completely solved,” he said.

The auctioning of number plates will be applied to cars, passenger cars and trucks of individuals, organizations and businesses, not to cars funded by the state budget, the cars of diplomatic agencies, and others.

Coast Guard propagates the Law on Road Traffic, Prevention of Crime on the Sea for Ha Tinh’s people