Building credit: How SOEs can get foreign financing for infrastructure

State-owned enterprises (SOEs) face unique challenges when it comes to attracting foreign financing for infrastructure projects. But there are solutions.

The problem, however, is that infrastructure-related state-owned enterprises, which are often accustomed to borrowing funds against government guarantees, find it initially difficult to borrow on commercial terms. To solve this problem, it is important to first understand the challenges at play when a state-owned enterprise borrows from an international lender. Here are some of the most common.

1. Corporate governance. In any corporation there is a conflict of interest between the shareholders and lenders. Shareholders want to maximize profits; lenders want to be repaid on time. For state-owned enterprises, this tradeoff becomes even more complicated.

Shareholders may be more interested in socioeconomic outcomes than either profits or loan repayments, and the systems and controls to protect the interests of lenders—let alone minority shareholders whose interests will again differ—are often undeveloped.

2. Transparency. If lenders to state-owned enterprises had a fairy godmother and if this fairy godmother could grant one wish, that wish would likely be International Financial Reporting Standards. This provides figures that are more easily compared across countries and financial disclosures that are a lot more detailed.

3. Capacity. The trope that staff at state-owned enterprises are unindustrious needs retiring. Their employees are often diligent professionals drawn to work that benefits the civic welfare. Still, capacity can be an impediment to international borrowing. Initially, inexperience is a limitation. If a state-owned enterprise has never borrowed commercially, they will axiomatically not know what to expect.

Moreover, salary caps can prevent them from recruiting the external expertise that a first-time commercial borrower might hire. Even with experience, however, international investors may still find state-owned enterprise decision making to be frustratingly slow.

4. Pricing. State-owned enterprises often regard themselves as one of the safest credit risks in their home country and boast of their perfect repayment records and implicit government support. Nonetheless, international investors will still view them as sub-investment grade.

Country risk drives this discrepancy. Only in very exceptional circumstances can the liabilities of a state-owned enterprise be better rated than its owner, the sovereign. This difference in perception affects pricing expectations. State-owned enterprises are used to some of the best pricing on offer in their country and can find the quotes from international investors jarring. This disconnect is amplified when the enterprise is previously accustomed to explicit government guarantees and is borrowing for the first time on the strength of its own balance sheet.

5. Currency mismatches. Large international loans to state-owned enterprises will typically be denominated in dollars or some other hard currency. State-owned enterprises’ revenues are typically in local currency. Currency hedges may not exist or exist at prices that are unaffordable or at tenors that are less than the maturity of the loan. In other words, the international lender, who is worried about the enterprise’s default, is offering a loan in a currency that increases that risk of default because the state-owned enterprise may not be able to afford, access, or transfer the hard currency that is needed at the time of repayment.

6. Legal risk. State-owned enterprises are owned by governments. Domestic courts are established by governments. This real or perceived conflict of interest is not lost on international investors, and they will often try to mitigate this risk by requiring that any legal disputes be settled in a foreign jurisdiction. This can be a difficult ask for some state-owned enterprises, either because litigation in a foreign court can be very costly or because it may be construed as a tacit admission that the domestic legal system is deficient.

7. Financing instruments. To access international capital on better lending terms, many state-owned enterprises must first implement institutional reforms. These reforms can take months or years whereas the state-owned enterprises need to raise the capital now. Theoretically, the state could help with partial support that diminishes over time. However, in many countries the instruments that could help—like first loss credit guarantees, stand-by facilities, political risk guarantees, subordinate debt—are not developed. In their absence, state-owned enterprises are forced to make a jarring transition from full government support to no government support.

All these constraints may seem daunting, but there is good news: It gets easier. With each loan, state-owned enterprises become more familiar with investors’ expectations, and some of those expectations might even spur operational or financial reforms. With each loan, state-owned enterprises build a (hopefully) stronger reputation for creditworthiness, and with each loan, international lenders become more familiar with the client and more willing to extend better terms.

The message, then, is not one of futility but rather that state-owned enterprises (and their owners) should enter international capital markets with balanced expectations.

Vietnamese SOEs must reform and invest in technology

Prime Minister Nguyen Xuan Phuc has signed a decision approving a list of 93 State-owned enterprises which will be equitised from now to the end of 2020. 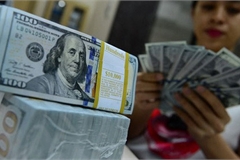 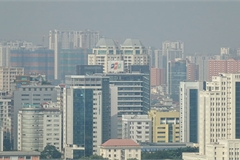 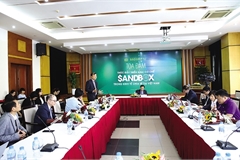 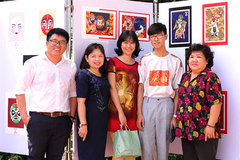 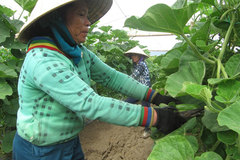 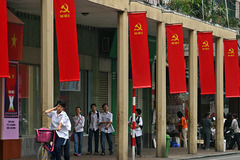 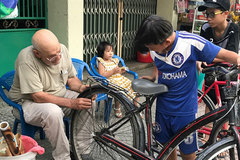 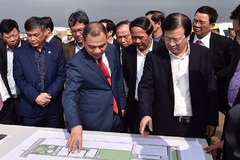