Businesspeople spend big money to get back to nature

After a period of working hard and making large fortunes, many businesspeople have chosen to leave the market and get back to nature where they can lead quiet lives. 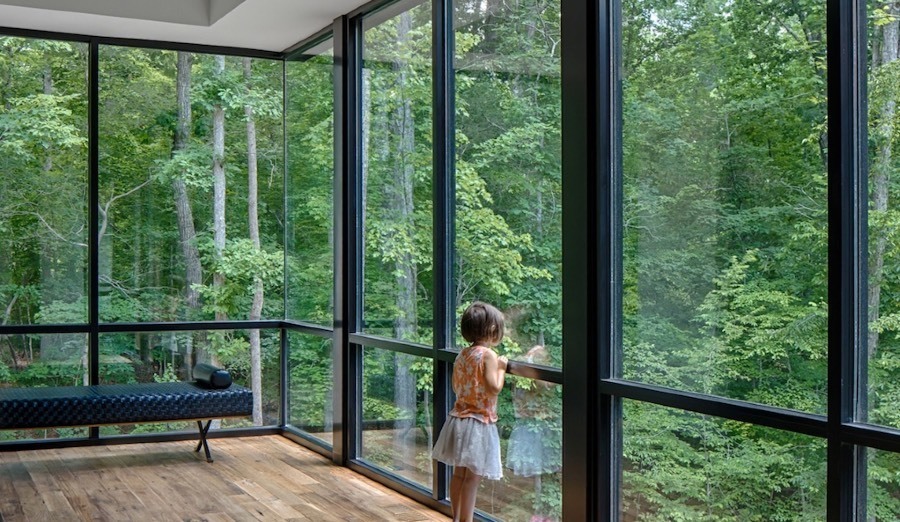 Nguyen Hoang Nam in Ba Dinh district in Hanoi had never thought of leaving the capital city, where he had been living for 50 years, until he took a trekking tour on a motorbike to the highlands.

During the trip, Nam discovered the quietness in the mountains and forests, and the wonderful environment with pristine nature and fresh air.

After that, he began thinking about abandoning everything and living in the forests. He hinted at his intention during family dinners, but his plan was not supported by other family members.

In 2017, Nam decided to buy a 5 hectare land plot in Hoa Binh to settle down there. He began building a house, improved the soil, and grew vegetables on the land.

After two years of development with the total cost of VND1.5 billion, he is going to reap fruit from organic gardening. His garden area increased by two hectares after he bought land plots nearby.

He is proud of what he has: a house in the middle of green plants.

“I am used to life here. Our family members like to live here more than in the city. I only return to Hanoi when I have to attend meetings,” he said.

More and more big businesspeople and high income earners like Nam are willing to spend big money to be able to have peaceful lives in places that are not flashy and bustling and where they can enjoy organic food. They are seeking sustainable values for health, both physical and mental, and the experiences of connecting with nature.

Do Manh Thang in Hoang Mai district in Hanoi spent billions of dong to develop a farm in Hoa Binh, but it was not enough for him. Five years ago, after a trip to Thailand, Thang came up with an idea of building a house in the forest.

He began looking for a land plot which could satisfy his requirements to become a place for weekend stays and a business facility. He targeted areas with wild nature near Hanoi where he could reach by highway. He also wanted a conveniently situated land plot near streams, ponds or lakes.

The first phase of the farm project has been completed with a house, an orchard and vegetable garden. Thang plans to build one more house, a swimming pond and an outdoor meditation space.

“At my age, it would be healthier to live in the middle of nature, grow plants and hoe the land,” he said.

“During the pandemic, you can see how important a natural living environment is. We have been living here all this time and work online. Our children and grandchildren can play in nature. The life here is just like in a fairy land that many city dwellers cannot have,” he said.

Assets for next generations

Many people want to get back to nature, leading peaceful lives in villas on hills with open views and pristine nature and fresh air, in well designed and strictly protected areas.

Nguyen Tho Tuyen, chair of BHS Real Estate JSC, said that the areas chosen by wealthy people for their second homes must have fresh air, and beautiful landscapes with hills, lakes, rivers and streams.

Asked about the benefits, Thang said the biggest benefit is the spiritual value.

“I want to leave my children and grandchildren a place where they can stay and enjoy when they feel tired,” he said.

Thang believes that as urbanization speeds up and the environment becomes more polluted, the movement of getting back to nature will be stronger.

Meanwhile, Nguyen Duy Ha said he bought a land plot in Ba Vi as an investment deal. He said Ba Vi has emerged as a tourism site as it is near Hanoi and has many beautiful landscapes to visit.

He said he bought the land to store his assets and doesn’t expect to earn big money from leasing at this moment.

“The land prices in Ba Vi have increased to a new level. There won’t be such good land plots in the future to buy,” he said.

While 2020 is believed to have changed the real estate industry, trends in the sector this year are forecast to sustain or be aligned with demand in the market.

The real estate market of Phu Quoc in the Cuu Long (Mekong) River Delta of Kiên Giang was forecast to be robust as the island district has just been given the green light to be upgraded to the country’s first island city in March this year.