Though the closure of borders across the world forced him to return home on March 18, his short time in Vietnam to visit a "truly important person" made a big impression.

Rodriguez is currently a freshman student of the Institute of Superior Arts of La Habana and teaching photography to newcomers in the laboratory of the institute.

While he made his trip for love, the strange times of the pandemic offered the 22-year-old photographer a chance to capture beautiful pictures of Hanoi and memories of a lifetime.

“I couldn’t access my planned work sites due to the virus. But most of the places I went weren’t as crowded as I expected and I worked better when mixing with the people,” he recalled.

To pay for the journey, Rodriguez worked various jobs for more than a year and a half as he received no support from any institutions or had any commission.

When he arrived, he was greatly impressed by the warm and friendly locals who made him feel welcome with their hospitality and open hearts.

Though he was only here for a short time, he was given a Vietnamese name – Loi – by his local friends.

“It made me feel part of the Vietnamese people,” he said.

As well as being taken to tourism destinations in Hanoi by his friends, Rodriguez captured the daily activities of locals like having meals or fishing by the lake as well as their portraits he took on the streets.

All the photos are black and white, taken with his old Rolleiflex and Leica cameras that he purchased in Cuba.

“Many people think that negative is dead but it is really not. In Cuba, we have a small movement of negative photographers who try hard to keep the medium alive.”

According to Rodriguez, the producing process is when the artist interacts with the characters or models of their works.

Similarly, his inspiration is the emotion that the character arouses in him and on the contrary, he also expects to give that character a certain emotion.

One inspirational moment in Hanoi was when he was leaving the Ho Chi Minh Mausoleum and saw young soldiers marching.

“There was a little kid crying nearby and then the soldiers’ walk by put a smile on his face. It was so beautiful and I was lucky to have a chance to capture that moment,” he recalled.

He is currently working on a variety of projects about ties between Vietnam and Cuba, one of which is collaborating with Vietnamese publishing Thai Ha Books to launch a photo exhibition about Hanoi after the pandemic subsides.

In addition, Rodriguez recently held a lecture in the Vietnamese Department of Cuba’s Institute of Friendship with others who have visited Hanoi to share their experiences about the city.

“I’m also working on a script for a short movie inspired by talks I had with Vietnamese people and wish to have it released next year as a way to get out of my routine and add movement to the images I have in my head.

"I will have it done in black and white of course,” he added.

But what the Cuban photographer wants most is the chance to come back to the country he has fallen for.

“I would love to get a scholarship from a Hanoi school of arts to live and work there for a few months. I want to learn the language, the local perspectives of arts and enrich my knowledge of the country to be able to make more complete works.

“I believe that without being there a bit longer, I won’t be able to grasp what I want from Hanoi,” he said.  VNS

Vibrant Hanoi has charmed many foreigners with its various unexpected aspects, and Frenchman Joseph Gobin is just the latest example.

An image that was taken in Vietnam by a foreigner, Luis Maria Barrio, has been listed among the Top 10 artworks in the Travel category by The Independent Photographer award. 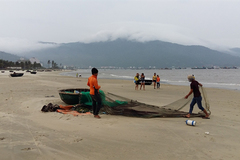 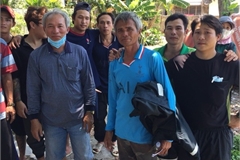 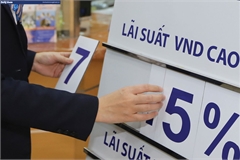 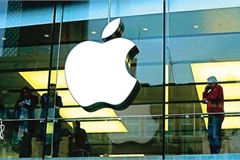 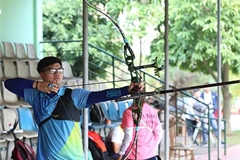 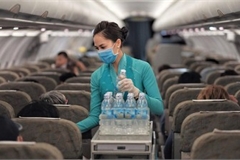 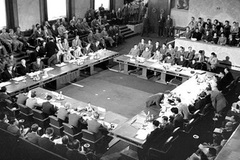 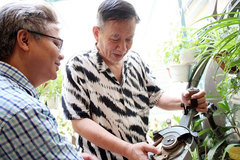