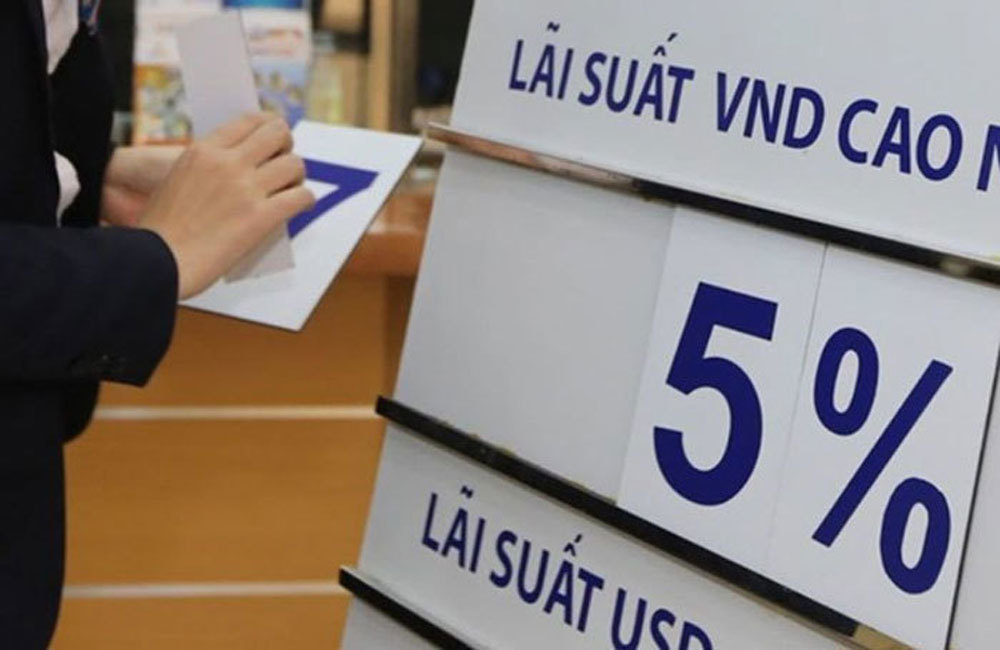 Sacombank applied new interest rates on May 10, up 0.1-0.2 percent per annum compared to previous rates.

TP Bank launched the Dac Loc package, offering an interest rate of 6.5 percent per annum, the highest rate of the bank, for 12-month deposits, or 0.5 percent higher than normal deposits. This is the first time the bank has changed its interest rates since February.

A report from BVSC showed that the average interest rate at banks increased slightly for 6-month and 12-month deposits. However, the increases were mostly at small and medium sized banks, while large banks kept their interest rates unchanged.

The ‘big four’, including Agribank, BIDV, VietinBank and Vietcombank, have applied interest rates that were announced in February.

However, when credit demand bounces back and inflation pressure returns, deposit interest rates will move up in the second half of the year.

When comparing the interest rates of 30 Vietnamese commercial banks on May 28, they found big differences among bank groups.

They noted that online deposits offered interest rates 0.1-0.2 percent higher than deposits at the counter.

GPBank at that time was offering the highest interest rate for this type of deposit.

As for 3-month deposits, the interest rate of 3-4 percent was quoted for counter deposits and 3.15-4.05 percent for online deposits. SHB was offering the highest online interest rate for this type of deposit.

Regarding 6-month deposits, counter deposits had interest rate of 3.6-6.25 percent on average, while CBBank was paying the highest rate.

Meanwhile, online deposits were offering an interest rate of 4-6.45 percent, while SCB was paying the highest rate in this segment.

In 9-month deposit segment, the average interest rate was 3.8-6.35 percent, while CBBank and SCB were offering the highest rates for counter and online deposits, respectively.

The figure was 4.6-6.8 percent per annum for 12-month deposits. The highest interest rate was offered by SCB.

The highest interest rates offered in the market belong to small and medium sized banks, while larger banks are applying low interest rates.