Enterprising leaders need to be protected by the law 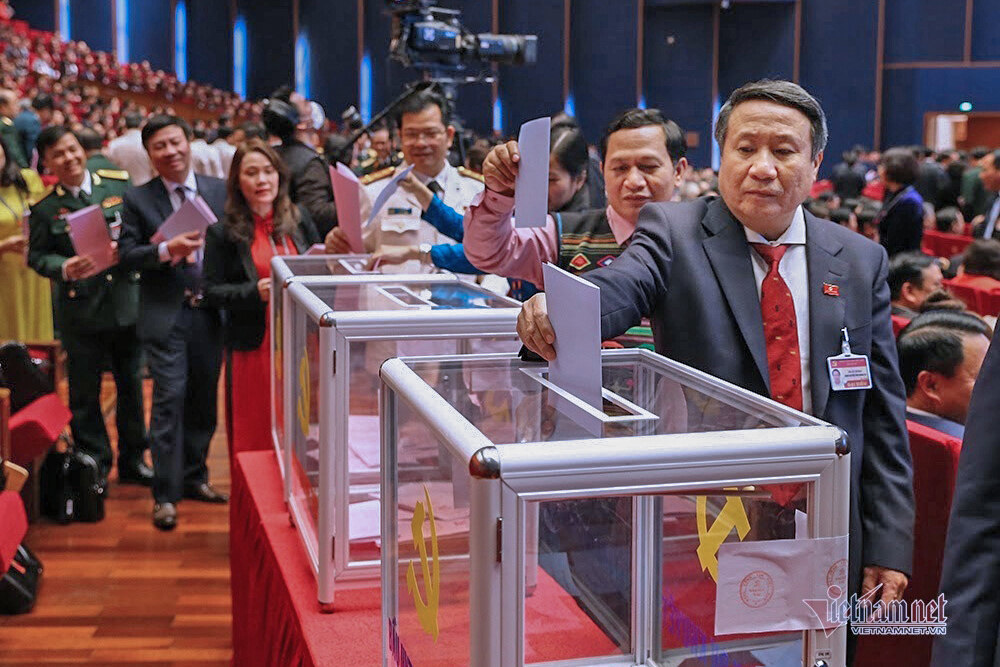 Delegates cast their ballots during the 13th Party Congress

However, not all of them were disciplined because of embezzlement activities or wrongdoings. Some of them were enterprising, and dared to do things they believed would be good for the people and the country, but were not allowed under the laws.

Now is the time for the Party and the State to absolve cadres and leaders of agencies and authorities from blame if they were enterprising and doing the things they believed were necessary.

The fact that Party Committee Secretary General Nguyen Phu Trong on July 28 signed Regulation 22 on “inspection, supervision and discipline within the Party” shows that this is a necessary and right thing.

The regulation shows that it is necessary to protect righteous actions, and protect cadres who dare to think, dare to do and dare to take responsibility, who make breakthroughs for the sake of common interests.

The regulation took effect on July 28, replacing Regulation 30 dated July 26, 2016 of the 12th Central Committee of the Communist Party of Vietnam.

There is a touching story that I believe people will never forget about a high ranking official of the Government who was imprisoned a quarter of century ago, though he was pure and upright and did not commit wrongdoings when executing the ‘work of the century’ – the 500KV north-south electricity transmission.

He is former Minister of Energy Vu Ngoc Hai. At that time, he was assigned to become Chief Commander of the project in 1992.

He’s a respected official and his name has been mentioned with respect over the last 27 years as a tribute, though he was in prison for three years. He made an unintentional mistake because some people exploited his name, who was then also Chair of the Vietnam-Poland Friendship Association, to buy steel for the project which did not follow principles and standards.

Maybe there is no one else like Hai: he was visited by then Prime Minister Vo Van Kiet when he was in prison. Kiet came to the prison and opened champagne in congratulate him after he was awarded a medal by Kiet when cutting the ribbon to inaugurate the work.

Hai deserved it for proposing and executing the project on the 500KV North-South Electricity Transmission Line, despite a lot of obstacles, per the will and aspiration of then PM Vo Van Kiet.

Not only Kiet, but 28 Ministers and Deputy Ministers came to visit him in prison. Hai said: “I was charged with ‘lacking responsibility, thus causing serious consequences’. But I am really pure and upright. I don’t think these were dark days in my life. Every day in prison, I kept a close watch over the execution process and counted down to the day of completion."

Not many people know that Hai was an ‘arm’ of then Prime Minister Vo Van Kiet. Kiet once gave Hai three days to think and give answer to the question if the electricity transmission project could be implemented amid so many obstacles. Many officials then thought that the project was too risky and costly. Kiet also commanded Hai to fulfill the project within two years.

The results brought by the project were beyond expectations. This was a success of the country’s construction and energy industries. The approved initial estimates were VND5.713 trillion, but in fact, only VND5.237 trillion were spent, which meant that VND500 billion could be saved. This is the century’s work which both could ensure quality and was economical.

If we had not had leaders who were enterprising and determined to develop the project like the former Prime Minister Vo Van Kiet and Minister of Energy Vu Ngoc Hai, we would not have enough electricity for economic development for the period from mid-1990s until now.

It has been a long process, five years, from Regulation 30 to Regulation 22.

This is a very important step forward in the process of implementing the State’s judicial reform under the leadership of the Party. It will bring justice to society, including Party members, who, if making violations, will be handled in a fairer and more humane way, and they will not bear voluntarism commands.

I believe that in the future, in the political life of the country, there will be many leaders and responsible people who will be braver and more confident when doing the things they believe are necessary and good for people.

Thanks to the leaders, the society will develop in a rapid and healthy way. I hope that with Regulation 22, there will be more non-mercenary daring actions for the sake of the country and people.

A healthy society will have leaders with firm stuff, who dare to think, dare to do and dare to take responsibility. If so, the country will develop rapidly, and there will be fewer opportunistic people who get promotions by "walking slightly, speaking softly and smiling all the time", i.e. in a safe way.

Instead, we will have cadres with bravery and courage to protect righteous things. Meanwhile, the Party will "always listen to and protect cadres who dare to think, dare to do, dare to take responsibility, dare to make breakthroughs for the common interests".

This has a special significance at this moment, when the whole country is struggling against the complicated Covid-19 pandemic. The National Assembly has decided to give enormous powers to the Government’s heads to make decisions and lead the fight against the pandemic.

The Prime Minister, in his turn, will also give powers to provincial and municipal authorities, and the local authorities will also have to take responsibility for the decisions they make.