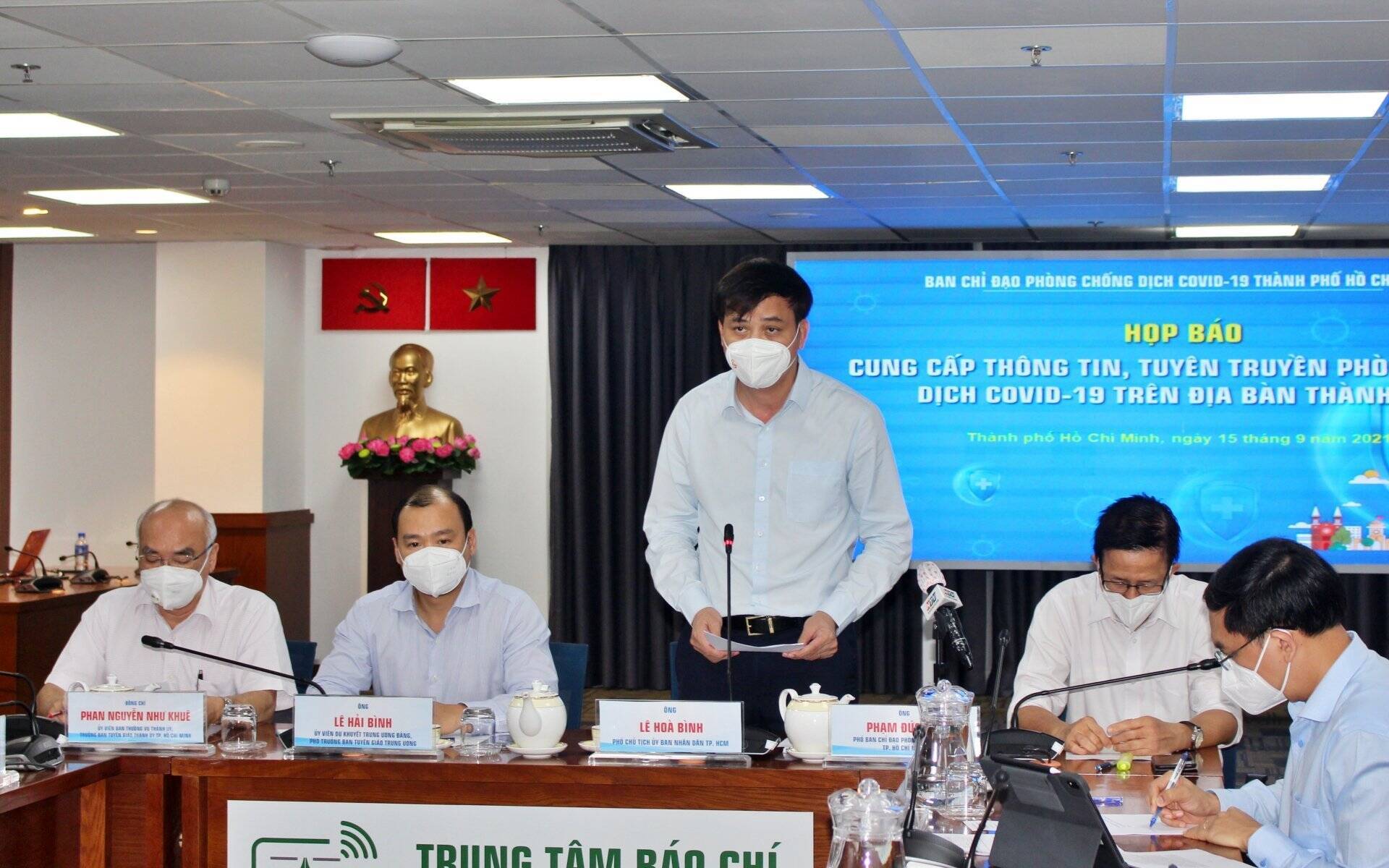 HCM City has decided to extend social distancing until September 30 to thoroughly implement all epidemic prevention and control measures.

The granting of travel permits to certain people allowed to travel will continue. The travel permits will be granted by the city police and are valid until September 30.

The city pledges to provide food and essential goods to people under plans announced weeks before.

In areas which have basically controlled the outbreak, including districts 7, Cu Chi and Can Gio; and export processing zones and industrial zones in districts, and hi-tech zones, some activities will be allowed as follows:

People can go to markets once a week under plans approved by the People’s Committee.

HCM City will apply a ‘green card’ on a trial basis. The pilot implementation will will include the 5K principle and periodic testing.

However, according to Lam Dinh Thang, Director of the Information and Communications Department, not all people will be granted green cards. The cards will be granted to certain groups to be determined by local authorities in cooperation with involved parties.

For example, in district 7, green cards are expected to be granted to 150 enterprises and business households that the district’s authorities will allow to operate. Other localities will also grant green cards to the business fields allowed to reopen and resume operation.

Food must not be served on site

The HCM City People’s Committee said that shippers (belonging to freight and forwarding companies using technology) are now allowed to travel among districts and in Thu Duc City from 6am to 9pm every day.

The shippers must follow regulations on pandemic prevention and control. They have to take a Covid test once every two days. The city will pay for the testing until September 30.

HCM City will allow enterprises and business households in some fields to operate from 6am to 9pm every day, including postal service, telecom, office informatics equipment, and teaching and learning aids.

Food services must not be provided on site. Food shops can only provide take-away products. Eateries have to operate under the ‘three on-site’ mode and only receive orders online.

HCM City allows the operation of services that support agricultural production and veterinary facilities; maintenance and repair of construction works, equipment, transport means, and supply components; and production, processing and trade of food and foodstuff.

Delivery services for enterprises and business households are allowed to operate within only one district or within Thu Duc City. They must strictly apply measures to prevent and control the pandemic, and test their staff once every two days.

The workers on site must have at least one vaccination shot and must take a Covid test once every five days. The testing fees will be paid by the enterprises and business households.

The enterprises and business households in these fields must register with the local authorities in districts, Thu Duc City, communes and wards to obtain travel permits.

Construction and transport works are now allowed on the basis of compliance with safety criteria.

At a press conference on September 13, HCM City Mayor Phan Van Mai said that the city will extend the lockdown and will take care of people’s welfare so they can feel secure to "stay where they are" and have no worries about food.

Mai said that the city would launch the third support package to support people affected by the pandemic.

On September 15, the Department of Labor, War Invalids and Social Affairs submitted to the People’s Committee the plan on the third support package, expected to be implemented after September 15.

The department estimates that there are about 2 million households with 7.1 million people who are living in difficult conditions. There are also 450,000 residents who have lost jobs and have no income.

It is expected that 7.5 million people need support, with a budget of about VND7.546 trillion. Everyone will get VND1 million each which will be paid in cash or transferred via bank accounts.