The Ministry of Finance (MOF), after analyzing the 2019 finance reports of foreign invested enterprises (FIEs), has found a contrast in the business performance of the enterprises. 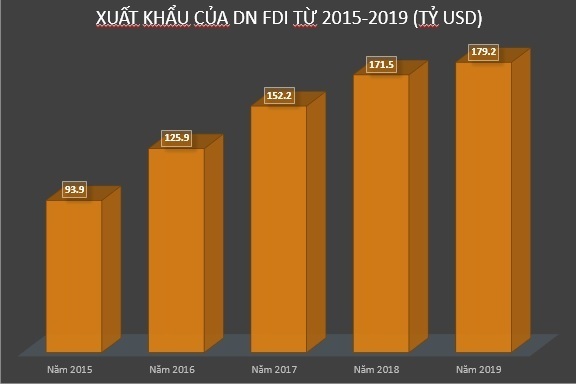 Formosa Ha Tinh paid only VND51.6 billion in taxes in 2019 as it was enjoying tax incentives.

According to MOF, the company’s short-term debts exceeded its short-term assets (VND25.4 trillion), leading to the low current ratio of 0.6 (which measures a company's ability to pay short-term obligations or those due within one year).

This shows that the enterprise used short-term capital for long-term investments.

In addition, inventories accounted for a large proportion of short-term assets and short-term debts exceeded short-term assets, which both lead to a low quick ratio of 0.19x (which shows a company’s short-term liquidity position and measures its ability to meet short-term obligations with its most liquid assets).

Payment ratios are all at low levels, which shows the company is in difficulties debt payment.

Problems have also been found at another steel manufacturing company – Posco Yamoto Vina in Ba Ria-Vung Tau province. The accumulated loss of the company has reached VND8.9 trillion. In 2019, it reported a loss of VND2.78 trillion, higher than the VND1.094 trillion of the year before.

As such, in 2018 and 2019, the two largest FIEs in the steel and metal production sector, had unhealthy financial situation, while business performance results decreased and the contributions to the state budget were ‘limited’.

MOF noted that though iron and steel prices in the world market fell in the two years, the total revenue of the two enterprises still increased from VND77.456 trillion to VND82.741 trillion, while the payment to the state budget decreased from VND101 billion to VND92.6 billion.

The contributions to the state budget were not commensurate with the incentives offered to the two large companies.

According to MOF, Samsung Electronics Vietnam (SEV Bac Ninh) got the total revenue of VND447 trillion in 2019, a slight decrease compared with the VND452 trillion of 2018. Its post-tax profit was VND35 trillion and it paid VND2.85 trillion in taxes.

SEV Bac Ninh and SEV Thai Nguyen are the two largest out of 967 enterprises belonging to the field of electronic components, computer and computer peripherals, and optical equipment with revenue accounting for 48 percent of total turnover of the field.

Both of them were highly profitable.

In the field of electricity generation and distribution, MOF analysed the financial situation of Vinh Tan 1 Co Ltd and AES Mong Duong Electricity Co Ltd. These are both BOT (build, operation, transfer) projects.

Meanwhile, AES Mong Duong has been operational since March 2015. Its liabilities are VND25.9 trillion dong, while the debt to equity ratio is 2.51 times, or four times lower than the maximum level specified in BOT contract. The current ratio is 1.13, while the quick ratio is 0.91.

MOF asserted that the financial situation and business results of these two enterprises are good and their profitability is higher than the average level of the enterprises in the same sector.

Half of FIEs take losses, some for years: report

The Ministry of Finance (MOF) said the 2019 finance reports of foreign invested enterprises (FIEs) showed that 45 percent of the enterprises had reported losses.