In the past 21 World Cups, many teams have created interesting surprises. The 2010 World Cup in South Africa was one of the most meaningful events in the history of the biggest football festival on the planet. It was the first time an African country had won the right to host the game.

The tournament in South Africa 11 years ago had a big surprise: the presence of North Korea.

This is the second time in history that North Korea had won a card to the World Cup finals. Previously, they represented Asian football in the 1966 World Cup hosted by the UK.

North Korea's card to South Africa was a big story at that time. The East Asian representative ranked 105th in the world, becoming the lowest ranked team ever to attend the World Cup finals - since FIFA announced the rankings in 1993. 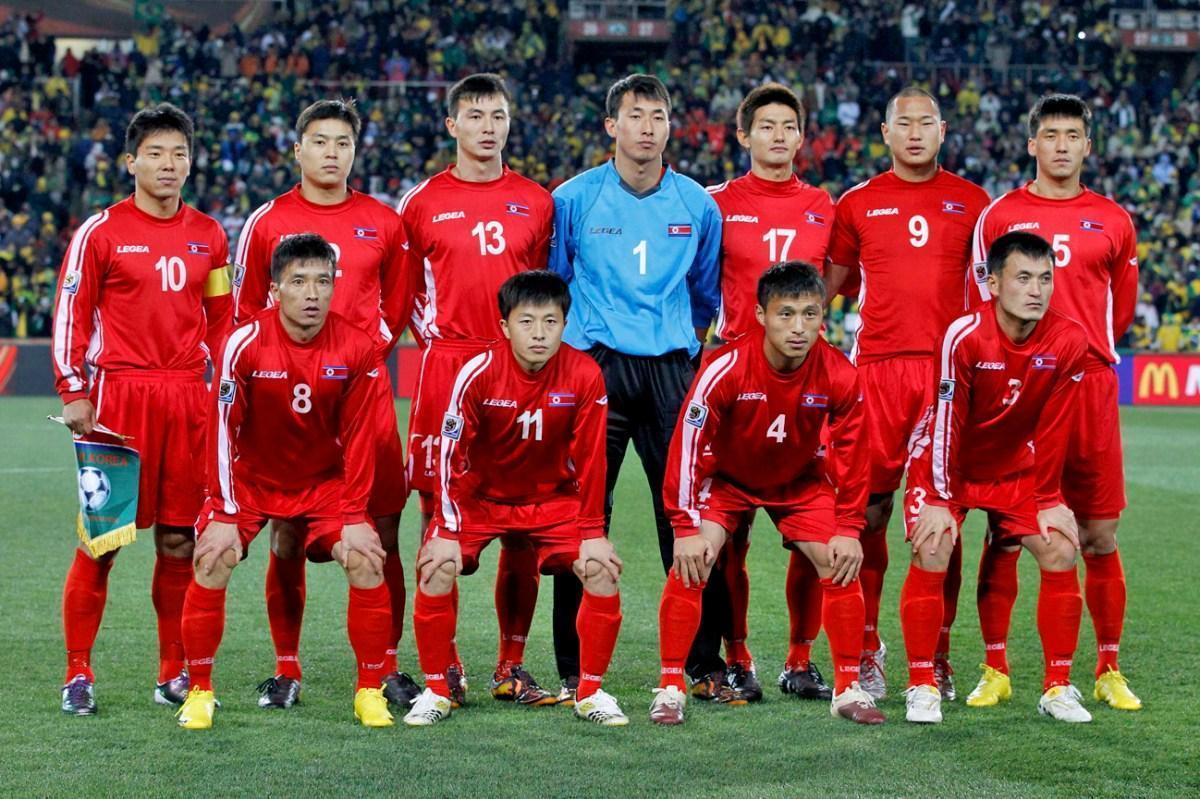 North Korea is the team with the lowest position in the FIFA rankings to attend the World Cup final.

To get a card to South Africa, North Korea surpassed two Asian powers, Saudi Arabia and Iran. Notably, North Korean players accomplished this miracle in a complicated political context, with many risks.

North Korea's journey in the group stage was a failure, as they faced big rivals Brazil, Portugal and Ivory Coast. However, they won world admiration for their strong fighting spirit.

In 1966, when it attended the World Cup for the first time, North Korea also created the most memorable moments of Asian football. They beat Italy and then drew Chile in the group stage and held a card to the quarterfinals - where it lost 3-5 to Portugal which included Eusebio, one of the best players of all time.

At the 1974 World Cup, hosted by West Germany (which won the world championship for the second time in history), Haiti was another interesting phenomenon. To achieve this feat, they won the CONCACAF championship (North, Central America and Caribbean region) in 1973.

Four years before Haiti, in Mexico in 1970, another surprise from CONCACAF was El Salvador. Competing for the first time in the World Cup qualifiers, El Salvador got a card to the finals.

In the midst of war, asylum and kidnapping, winning a card to the World Cup final is nearly a miracle. One such case was Togo in 2006. The African team attended the World Cup held in Germany.

Iceland - a country with just over 300,000 people - attended the 2018 World Cup in Russia as the result of a golden generation of players, who previously had attended EURO 2016 in France. 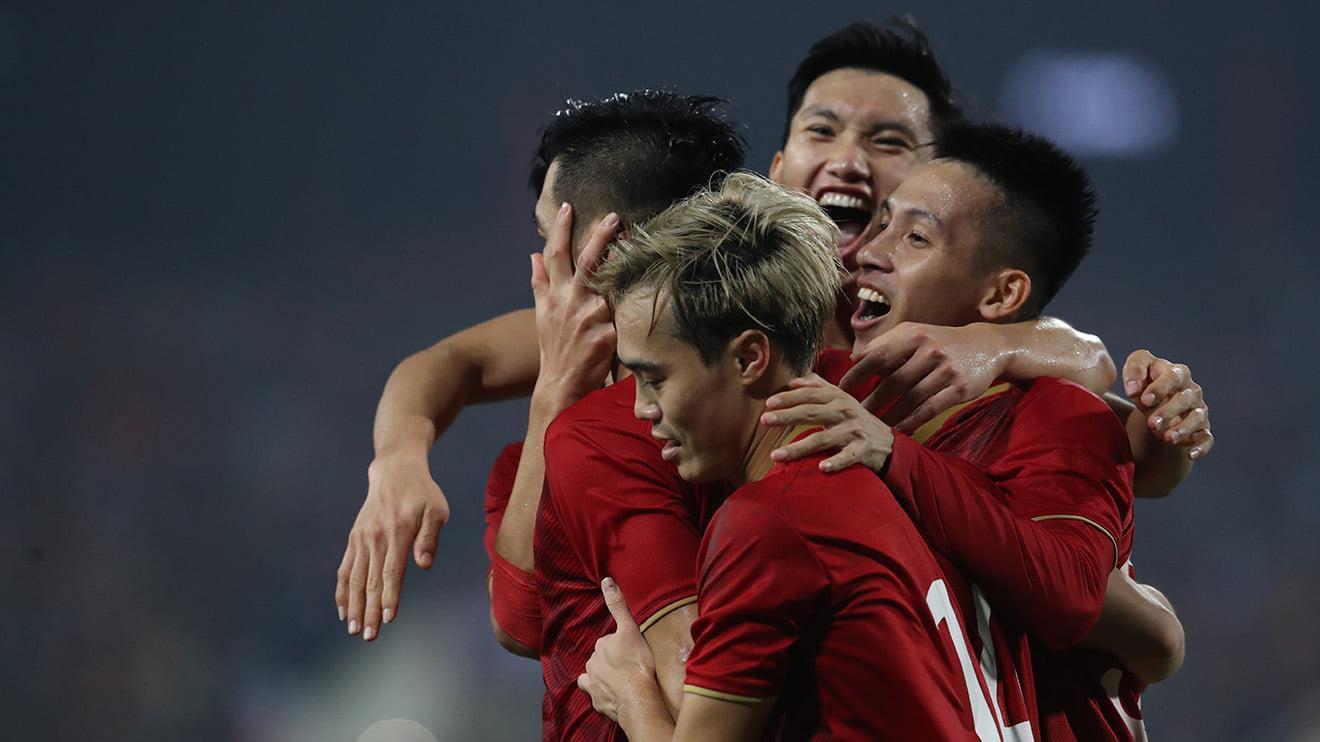 The golden generation of Vietnamese football dreams of the World Cup finals.

The surprises in the past are the driving force for the Vietnamese team to fight in the 2022 World Cup qualifiers - where coach Park Hang Seo's team ranks first in Group G.

The Vietnamese team has made remarkable progress in recent years.

At Asian Cup 2019, Vietnam showed the image of a disciplined team with a scientific style of football, and especially a commendable spirit. "Golden stars" became the first Southeast Asian representative in history to win the card to the quarterfinals of the continental playground.

The success and stability of Vietnam was also reflected on winning the AFF Cup 2018 - the first championship since the 2008 title. The Southeast Asian media admitted that the Vietnamese team had gone far beyond the regional ground to reach the Asian level.

The current Vietnamese team is a team of disciplined strength and confident spirit built by the Korean head coach Park Hang Seo. The foundation of this team comes from the quality of well-trained and professional young players. These young players were the runner-up at the 2018 Asian U23 Championship, played in the semi-finals of ASIAD 2018 and won the historic gold medal at the 2019 SEA Games.

There are no official surveys, but Vietnam is considered the country with the highest percentage of passionate football fans in the world. Every time the Vietnamese national football team competes at an international tournament, it always becomes an event that attracts the attention of ASEAN and international communities.

The World Cup is a dream tournament for every professional player, as well as fans around the world. Vietnamese fans also dream of a day when the Vietnamese flag appears at the world's biggest football festival - like the emotional moment in Changzhou (China) in 2018. The image of the national flag flying high in the snow in Changzhou was an unforgettable moment for many generations of Vietnamese football fans.

Dreams are the driving force for victory. From that motivation, Vietnamese football develops methodically starting from youth training. Hoang Anh Gia Lai (HAGL) football club is a pioneer in methodical training. They are leading V-League 2021 with a team of more than 10 "homegrown" members.

Training quality and professionalism have been raised to a higher level through the Fund for Vietnam Football Talents Investment and Development Fund (PVF) of billionaire Pham Nhat Vuong. PVF represents the World Cup aspirations of the Vietnamese, and is recognized as one of the most modern training centers in Asia today. At PVF, r from the opening day of this modern training center, the most impressive thing was the big board that shows the desire to bring Vietnam to the World Cup.

The day the Vietnamese national football squad enters the World Cup is not far away...

The Korean media predicts that the Vietnamese football team and coach Park Hang Seo will achieve a miracle: getting a card to the Asian final qualifying round of the 2022 World Cup.