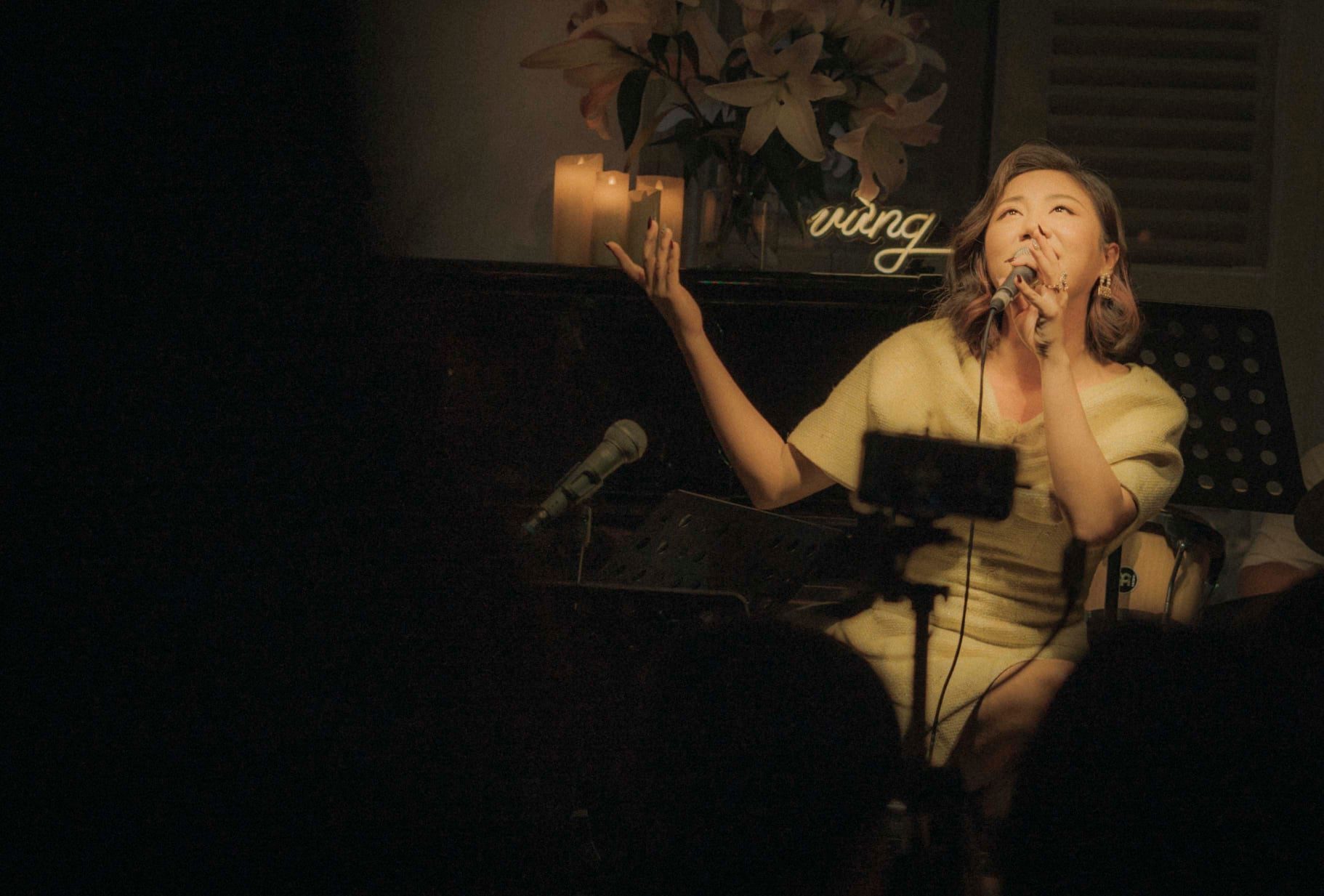 There are at least 18 videos of Huong singing the three songs, while the number of performances in reality in ticketing concerts is much higher.

Huong’s use of three Lady Gaga’s songs at commercial performances has raised controversy on social networks and mainstream media. In reply, she said event organizers have to ask for permission to use the songs and pay royalties. However, at least four organizers argued that Huong herself chose to sing these songs and she has the responsibility of paying the royalty.

Finally, Huong admitted "negligence of not showing the name of the singer who performs the original songs", and said that the clips on YouTube are not "monetized" and that she very much likes the songs of Lady Gaga.

The controversy has cooled down, and many videos and records of the three songs have disappeared from YouTube, Spotify and other platforms.

Analysts say that the case is a wake-up call for involved parties to pay more attention to the issue of copyright of foreign songs.

The first records of international music (including original songs in foreign languages and versions with Vietnamese text) first appeared in 1970-1980s and have become more popular since 1990.

“In the past, Vietnamese singers ‘innocently’ infringed copyright. They sang the songs because they found them interesting, or they re-wrote the song texts in Vietnamese, and they did not care if the owners of the music pieces allowed them to sing the songs,” said Nguyen Quang Long, a critic.

However, the topic of copyright infringement once again heated up related to the performances by Van Mai Huong and Lady Gaga fans. Orange, Hai Yen and Duong Hoang Yen also usually cover foreign music works at their performances.

The tendency of Vietnamese singers singing international music without licenses and royalty payment, which was thought to end in 2006, has unexpectedly come back. If Vietnamese singers sing each other’s songs, they will face fierce criticism, but they seem to be ‘safer’ when singing international songs. They don’t have to pay fees to get the right to sing them, but can make money from them.

The copyright is protected automatically, and does not depend on registration at agencies.

“Even if artists don’t turn on ‘monetization’ on YouTube or other platforms, they will judged as infringing copyright if they arbitrarily use the works without the consent of the owners,” he said.

Foreign DJ in HCMC plays music on balcony for neighbors

Various music and dance performances will be broadcast in the coming time to motivate people amid Covid-19.