The plan to develop household businesses into normal businesses has not succeeded. The goal of having 1 million businesses in the country by the end of 2020 will not be met.

Resolution 35 released on May 16, 2016 set a goal of having 1 million businesses by 2020, which included large-scale powerful corporations. To date, there have been 795,000 businesses. 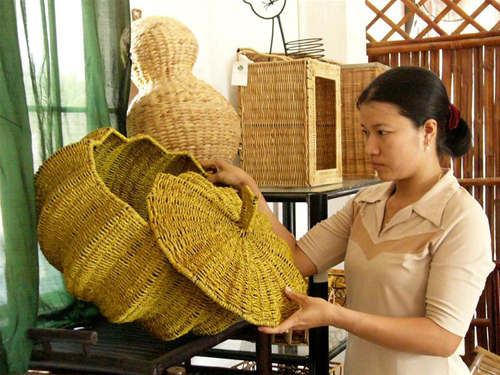 One of the reasons behind the failure of the goal, as pointed out by economists, is that the idea of turning household businesses into companies could not be realized.

At that time, Vietnam had 3.5 million household businesses, including a high number of large-scale business households which operated like companies. Therefore, agencies hoped that the households would grow and supplement the business community.

However, the calculation has not occurred because the majority of household businesses don’t want to become enterprises.

In Hanoi, the local authorities in 2019 granted business registration certificates to 27,000 new businesses, an increase of 8 percent compared with 2018. However, the number only included 48 businesses that were transformed from household businesses.

Meanwhile, a report found that Hanoi had up to 300,000 household businesses and most of them did not want to become enterprises.
.
A survey conducted in 2018 by the Central Institute of Economic Management (CIEM) on 400 large household businesses with the same operation scale as small enterprises throughout the country found that only 8.7 percent of households with capital of VND1-5 billion had thought of shifting into companies.

Only 5.6 percent of household businesses with over 10 workers wanted to become enterprises.

Lawyer Truong Thanh Duc from Basico Law Firm said that the Enterprise Law is ‘fully open’ and investors still can set up businesses and become directors even if they don’t have houses, land, capital or qualifications. However, even household businesses with annual revenue of tens of billion dong don’t want to be ‘upgraded’ into companies.

This is because household businesses only have to pay presumptive tax and keep simple accounting books, Duc said.

Meanwhile, enterprises have to pay corporate income tax, have salary fund and take insurance policies for workers. And they must have transparent accounts.

Because of simple conditions, household businesses have been increasing with 5 million households established.

Pham Chi Lan, a respected economist, said many households are reluctant to shift to enterprises because they don’t want to change their accounting system. In order to satisfy the requirements on accounting books, they have to hire more workers and build corporate governance, which will lead to higher business costs.

However, Lan believes there is a bigger reason behind the decision on not becoming enterprises. Once operational as enterprises, they will be more regularly inspected by agencies, which will put pressure on them.

“In many cases, households that make their business registration one day have to receive agency inspectors the next day,” she said.

As a result, the goal of developing businesses is unattainable, while the private sector, which makes up 32 percent of GDP, operates on a small scale and has low competitiveness.

According to Hanoi Taxation Agency, the operation of household businesses in the capital city is unplanned without coordination. It is difficult to find permanent business locations, which causes difficulties for tax administration.

In many cases, business households issue invoices illegally, which affects the business environment and causes losses to state budget revenue. Many households have very high revenue, especially online business households, but they change addresses often, which makes it difficult for taxation bodies to force them to fulfill tax obligations.

Duc of Basico said that business households understand that if they become enterprises they will enjoy preferences in taxes, loans and worker employment. But they still don’t want to change.

In some localities, many households unwillingly register the establishment of companies after they are persuaded by local authorities, but they later set up new household businesses, and the companies just exist as a formality.

Duc said that only when there are reasonable policies will household businesses be encouraged to shift to enterprises. This will not only help increase the number of enterprises but also create transparency and fairness in production and business.