Head in the clouds, Vietnamese engineer reaches for the stars

Their bodies temperature decreased, their heart rates decreased, and the oxygen density decreased.

But Vinh could not afford to get too involved in their fate.

“When you’re on a mission, there’s no room for emotions,” he said.

The mice were part of an experiment conducted by Vinh’s team to test the capsule designed and manufactured by his company – a 600kg-prototype designed to reach an altitude of 32km above earth’s surface, in the stratosphere layer. When the three mice returned dead, the team got to work again, redesigning the capsule and preparing for another test.

“We engineers never give up easily,” Vinh said.

He called the capsule a “stratosphere flyer,” the first of its kind made by a Vietnamese engineer.

A week later, they tested the capsule again. A stratosphere balloon was used to lift the capsule up. It soared at three meters per second, climbing up to the stratosphere. This was almost triple the height of any commercial airliner.

This time, the mice stayed alive as they crossed the Armstrong Line, reaching an altitude of 29.5km. Pressure was kept constant, and the temperature was a comfortable 22 degrees Celsius.

The flight lasted 110 minutes. The mice came back alive.

“We were more than happy, but we knew it was no luck – but our efforts," Vinh said.

The experiment, of course, was not an end in itself. It was a precursor to a bigger project – to send a man to space from Alice Springs in Australia.

In 1988, when Vinh was six, his parents enrolled him in a tabletennis course at the Children’s Palace in Hanoi. However, it was not the sport that fascinated him, but something else that caught his eye and captured his imagination.

On the way to his class, Vinh had to pass a small room in the corner as he climbed the stairs. He never saw anyone inside. There were miniature aircraft placed on the tables in the room.
“When people told me these mini aircraft could actually fly, I could imagine clearly how they would glide through the sky,” Vinh said.

That sight and knowledge sparked a dream in the small child. One day, he would make his own aircraft that could fly.

Vinh carried the childhood dream to Germany when his parents moved there for diplomatic mission in 1992. He carried it with him to the stores where they sold remote controlled aircraft models. He carried it with him when reading the pages of specialised magazines on unmanned aerial vehicles that he could not find in Vietnam then.

And he carried it back with him to Vietnam three years later, when he finally joined the Hanoi Aviation Club as its youngest member, where he made his first remote control aircraft model that could actually fly.

“What people in the club taught me was not only about how to make a drone, but that there are no boundaries for a passion, and that no passion is too expensive, ever.

“Among members of the club, there was a bus driver, lawyer, teacher, there were students, there were people from so many different walks of life. The mini aircraft were made not only with members’ savings, but also with their dreams and with their passion, and that’s why in my eyes they’re even more beautiful,” he said.

So it was that the dream and passion went with him in 2001 to France, when Vinh took industrial electronic and information engineering as his majors for a bachelor’s and master degree from the National Institute for Applied Sciences (INSA). They burned within as he went on to finish a Masters degree in the same subject. And as a summer intern at a company producing drones, Vinh just knew he would open his own venture after returning to Vietnam.

The idea of making a vessel that could fly in the stratosphere layer came to him when his company got a contract via a Singapore partner to produce and test flight equipment and accurate recovery systems for scientific research.

While there were similar equipment used in the field of experimental and experimental aeronautics in the world, Vinh thought it was time for a 'Made in Vietnam' flyer.

With an altitude of 30 to 50 km, this device, which could serve national defence as well as civilian purposes like scientific research, including environmental experiments, medical experiments and study of the earth’s atmosphere from a height, sending various data and multi-spectral images. Scientists would be locate and study water sources, greening of the soil, and observe plant pathogens.

The outstanding factor about air tools manufactured by Dong Giang is that they can be retrieved after completing their journeys.

It was April 2019 when Pham Gia Vinh returned to Alice Spring, Australia for the fourth time.

Vinh and his team were going to send a manned “space capsule” into the near-space, the stratosphere.

He’d been there a year earlier on the same mission, but it was cancelled at last minute due to unsuitable weather. The wind was too strong, and a launch was impossible.

The second-attempt plan was to launch a space capsule, which he called the Quantum 1, from a huge helium balloon. The balloon would lift the capsule to heights 20km higher than a normal airplane, beyond the Amstrong line – the boundary of near space.

There the balloon and capsule would part, and a pilot would parachute to earth.

Vinh and his colleagues at DGVN were in charge of designing the system for the capsule, which took them eight months.

The launch was set for April 24, but it was cancelled once again due to the wind.

As most people left, Vinh and nine other members of the teams stayed on in Alice Spring for another month, watching the weather.

On May 31, 2019, the team was able to finally launch the single-seat Quantum 1, with Marvyn Lim Seng, a Singaporean, as its pilot.

However, the mission was not a success.

During takeoff, an unexpected ground impact — from when the strato-balloon disengaged from the launch crane — compromised the integrity of the capsule.

This resulted in depressurisation of the capsule: gas that was needed to sustain the survival of the occupant was escaping.

The mission had to be aborted 10 minutes after a steady ascent during which the capsule had gone more than 24,000 feet (7.31km).

Lim Seng, who was uninjured, was picked up by a rescue helicopter, and later described the landing of the capsule was “as smooth as a commercial aircraft landing on the tarmac.”
The failed mission has only added fuel to Vinh’s passion.

“We’ll try to fly again and improve what needs to be improved from last time,” he said.

Vinh’s dream has an extra dimension.

He wants to fly the vessels he makes in his own country.

“I want to turn Vietnam into a hub for space flight services, either for scientific research or for space tourism purposes,” he said.

Wasn’t this a bit too ambitions? Vinh’s answer is clear and emphatic. “No.”

“Science is about risks and failures. People like me need a lot of space for creativity and a tolerance for failures. If we never start, we will never reach the target,” he said.

“I think policy makers and the larger community in Vietnam need to have a more open-minded perspective on innovation. In order to succeed, we have to fail. Just don’t focus only on the failures,” he said.

He says his childhood dream has not vanished. It is stronger than ever. His failures have strengthened his confidence. 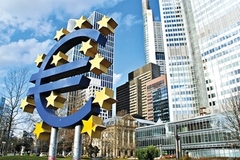 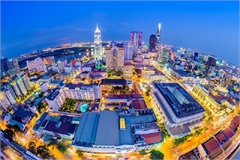 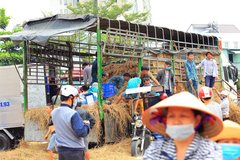 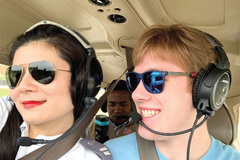 Nguyen Anh Thu, founder and president of the non-profit Women in Aerospace and Aviation, plans to circumnavigate the globe solo in her single-engine LANCAIR IV-P aeroplane from May 15 to July 1, covering nearly 50,000km. 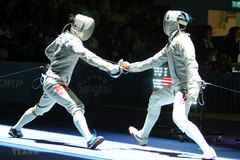 Vu Thanh An screamed aloud to celebrate his dramatic win at the 30th Southeast Asian Games. 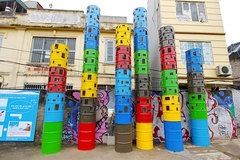