Property prices keep rising despite Covid-19. Some apartments have seen prices soar by VND500 million over a period of several months. 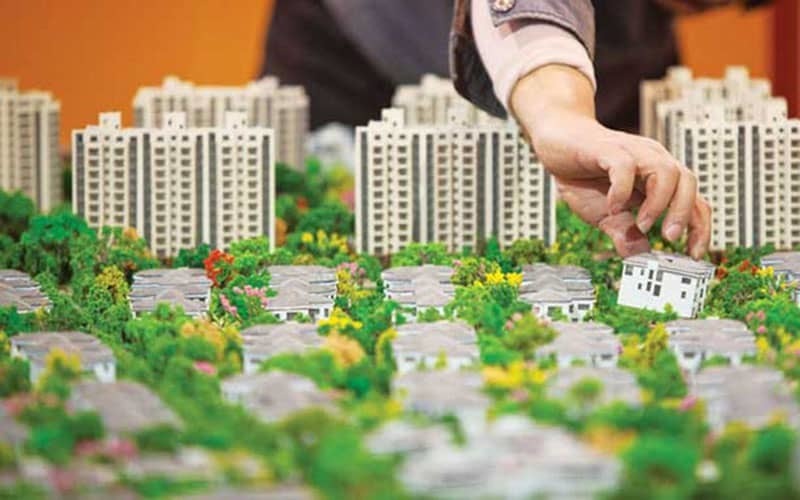 Minh Hanh and her husband are from Hung Yen. After five years of doing private business in Hanoi, they wanted to buy a house to settle down in Long Bien District, because the prices in the area are not as high as in inner districts, and infrastructure there is satisfactory.

In early 2021, a relative of Hanh bought a four-storey house on a 30 square meter plot, on a small alley of Bo De Street at VND2.2 billion. Small houses for small families with four members in the locality were priced at VND2.2-2.7 billion on average.

Hanh thought the price was reasonable, but she hesitated to buy because she needed capital for business. Also, she hoped the property prices would decrease as people have had to fasten their belts during the pandemic and may not make purchases.

But Hanh realized this was the wrong decision.

In early September, when social distancing measures were loosened, Hanh and her husband began looking for houses.

“I could not find any house in the district with the reasonable price like the one bought by my relative some months ago,” she said.

She decided to look for houses in neighboring areas, but the prices were even higher.

“A broker showed me a house on Ngoc Lam Street, 5 stories, offered at VND2.8 billion. A smaller house, on a 22 square meter plot, was offered at VND2.3 billion,” she said.

In early October, a broker asked if she wanted an unfinished house, on Tu Dinh street in Long Bien Ward. The landlord was building three semi-detached houses for sale, each with 35 square meter land plots, to be completed by the end of the year. She felt satisfied about the house, which the broker said was offered at VND2.7 billion.

However, she was later informed that VND2.7 billion was the price of some months ago, and the landlord would not sell below VND3.2 billion.

Finally, she decided to buy a house on a 33 square meter land plot for VND2.9 billion on a small alley of Lam Du street. The house is old and she will have to spend money to upgrade it before moving in.

“Because of my hesitancy, I missed the best time to buy houses,” she said. “No one could imagine that people would still buy houses despite job losses during the pandemic.”

The market report by a real estate website for the third quarter showed that the level of interest in real estate in Hanoi began to recover in early September, soon after the city began loosening social distancing measures. By the end of September, it had recovered by 50 percent compared with March 2021.

The Ministry of Construction’s Q3 report about the real estate market showed that property transactions were affected during the pandemic, as buyers and sellers could not meet amid lockdowns.

However, as demand is always strong, and investors are making every effort to boost sales, the number of transactions is still relatively good.

The ministry believes there won’t be any groundbreaking changes in the real estate market from now to the end of the year, as the southern economy is still incurring losses because of the pandemic. However, real estate liquidity will increase again, thus pushing prices up, when the pandemic ends.

The Ministry of Construction will inspect the management and use of funds for the maintenance of apartment buildings as well as the implementation of holding land funds for building social housing in 11 provinces and cities next year.