VN economy has shifted to a new state: senior expert

The train slows down

Socio-economic development indicators in the first quarter of the year were all below expectations. The GDP grew by 3.82 percent, a 10-year low. 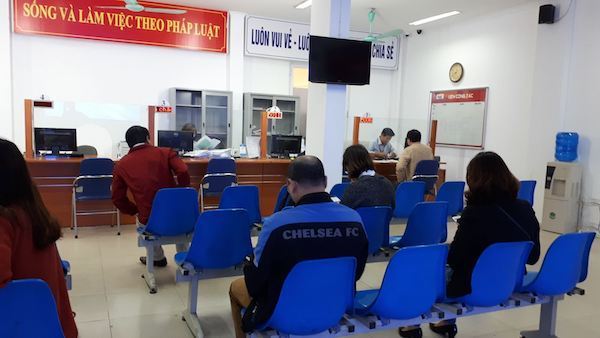 Nguyen Dinh Cung, former director of the Central Institute of Economic Management (CIEM), predicted that the impact of the epidemic on the economy would be "even more serious" in the second quarter, while the social impacts would be "clearer" .

Hundreds of thousands of businesses and business households may be dissolved or temporarily close, while most of the rest may have to scale down production and business. Millions of people may lose jobs or won’t have enough jobs, and income will decrease considerably. People’s lives would become more difficult and some may fall into poverty again.

As a result, the socio-economic development goals set for 2020 will be be difficult to obtain.

“The production, business and macroeconomic situation have shifted to another state which is much different from before,” Cung said.

The economic growth is much lower than planned. The budget revenue has decreased, while expenditures have increased, especially spending on anti-epidemic measures and social allowances, and spending to support enterprises and household businesses to cope with this difficult period.

In other words, the macroeconomic management in 2020 has changed into another state compared with both the plan and the four previous years of the same term.

Since production and service provision faces difficulties and adverse effects in both supply and demand, the majority of businesses and business households have shifted to strategies to cope with the epidemic. The stock and real estate markets, gold and foreign exchange markets, and the gasoline market have seen big fluctuations.

The number and size of social issues have increased significantly and have become more complex.

In such conditions, the Advisory Group on Sustainable Development and Enhancing National Competitiveness (Advisory Group) has recognized many major changes in the socio-economic development management tasks under Resolution No 01/NQ-CP (January 1, 2020) as follows:

Giving priority to the fight against the epidemic, ensuring health, taking care and protecting the life of people.

Implementing aid packages to support production and business, and enhancing the resistance of businesses to overcome the epidemic.

A series of solutions to help remove difficulties and support production and business have been applied.

On March 4, 2020, the Prime Minister released Directive No 11/CT-TTG, including six categories of solutions to remove difficulties for production and business, with emphasis on solving difficulties in capital, liquidity, import/export and customs clearance, and cutting expenses, creating favorable conditions for digital transformation, and developing new business models.

These solutions are comprehensive, timely and reasonable.

According to the Advisory Board, the solutions under the Prime Minister's Directive are being implemented as follows:

As of the end of March 2020, the loan interest rate had been lowered by 0.25-1 percentage point per annum.

The businesses in the fields of passenger transport, tourism accommodation, restaurants and other special fields that have 50 percent or more of total workers having to temporarily stop working, or ones that have over 50 percent of their assets affected by the epidemic, have been allowed to delay payment to the retirement and death funds until June 2020.

The problems and difficulties in customs clearance through road border gates and in the reception of foreign workers, especially foreign experts and skilled workers, have been basically solved.

Most the other solutions are under preparation at different levels.

According to Cung, this shows that enterprises can only get support at a certain level in terms of credit access, support in liquidity and loan interest rate. They still cannot receive support to cut costs and ease the burden of salary costs. Particularly, there is still no solution to support social security and stimulate demand.

“Meanwhile, these are very important supports for enterprises to strengthen their resources and improve their endurance in the pandemic,” Cung noted.

The reality shows the different levels of urgency that ministries and branches have in implementing the Prime Minister’s Directive No 11. There has not been any survey and assessment to identify the victims, the extent of damages, and the level of resilience of enterprises. This is slowing down the implementation of many of the aforementioned solutions.