Overseas Vietnamese feeling the heat amid the global pandemic

Some have decided to stay where they are due to family and work commitments.

Others believe they may have left it too late to return, fearing they are more likely to contract the coronavirus if they were to make the journeys now.

As the world struggles to cope with the pandemic, those who find themselves thousands of kilometres away from their motherland have seen their lives turned upside down.

“I’m very worried, not only about the disease but also about its impacts on my job, food supplies and necessities within the next month,” said Nguyễn Thị Hương, who has lived in London, the UK with her husband and son for nearly two years.

Hương had flu-like symptoms a few days ago but when she called the hotline of the National Health Service, all she was told to do was self-quarantine at home with her family.

“I am not sure that I am infected or not but luckily I am feeling better now.

“Here, not all cases are treated in hospitals because the number of cases are too high. When you call hospitals or hotlines, there are automatic messages telling you how to self-quarantine at home, take flu pills and take care of yourself if you have some suspected symptoms.

“When the symptoms worsen such as shortness of breath or high fever, then the medical staff will be sent to your place and certainly then you will receive treatment.”

Italy is the country that has seen the most deaths because of the virus.

Lâm Anh Dũng, an IT engineer, lives with his wife in Milan, the epicentre of the pandemic in Italy. He is due to become a father later this year.

With the country almost completely locked down, the couple is struggling to decide whether they should go to the hospital for regular maternity check-ups or stay home for their safety.

“If you want to go out, you have to fill the form of the Ministry of the Interior. You can go to the markets, buy medicine and necessities as usual. Supermarkets are always full of stock to provide for everyone.

“Like everyone else I was frightened at first. However, scientists also say that if we strictly follow the government’s guidance, this disease won’t be that scary, so we should not be too afraid,” Dũng said.

In the US, which has overtaken China and Italy in the number of cases, Linh Lê is also feeling the pressure.

Linh has lived in Maryland for 10 years with her husband and son.

Due to the lockdown, she and her family mostly stay at home but she is still scared of infection.

“I'm worried. I don't go out and meet people but we can’t tell whether there is virus on objects or not.

“Every day I still receive mail and packages I buy online. When receiving them I will spray sanitiser and leave them in the garage for two days before daring to open them,” she said.

Simple tasks taken for granted in the past like shopping now cause concern as panic-buying has become common.

Linh added: “The supermarkets here are running out of eggs. I only have one package at home now and don’t know if I can buy more later.

“I bought three bags of rice for three members of the family, and also flour. If we run out of rice I can make noodles, vermicelli or dumplings to eat.”

Hương in London is feeling the same unease.

“In London, a lot of people also hoard food, even much more than in Việt Nam,” she said.

“Before supermarkets issued a policy to limit the purchased amount, almost all shelves were empty by the end of the day. It is such an awful experience.”

Another major concern for the overseas Vietnamese is the risk of losing their jobs.

As the pandemic is taking its toll on the global economy, more businesses are closing, plunging people into a state of uncertainty.

Just last week, a record 3.3 million people in the US filed for unemployment.

“On top of the disease, everyone here is worried about jobs. If this lasted for a long time, many businesses would shut down and fire staff,” Linh said.

“A friend of mine, who is a retail broker, has nothing to do now as everything is shut down.”

However, all three families Việt Nam News spoke to have no immediate plans to return to Việt Nam at the moment.

Before the lockdown was applied, people did not seriously follow the government's guidance to avoid crowded places. At many public places such as supermarkets, children's playgrounds, bars and pubs, there were many people. The government has tightened the policy so that the street seems to be quieter than it used to be.

The UK is a developed country. They have their own explanations for their disease prevention process. They also have different views from Việt Nam. For example, Việt Nam closed schools at the very first stage, but the UK still has not closed all schools yet. Because then most parents will have to stay at home and look after their children. It would cause a negative consequence on the economy and society which is hard to control. That is why it takes more time for the British government to decide to close down schools. The lockdown measure was also issued much later than many other countries in Europe.

People who decide to stay in Italy until now are those having decided not to come back to Việt Nam at this moment. The chance to get infected will be higher at airports or stations than staying at home. It is also a burden for our country if we are going back and then are quarantined for 14 days. As far as I know, a lot of Vietnamese students came back to Việt Nam, but there are still a lot of people staying on. They also created groups on Facebook and WhatsApp to chat and update their situation. I think that their conditions are pretty good here and the Italian government are also trying their best to ensure the citizens’ living conditions.

There is a stark difference when going to supermarkets these days compared to the past. People have to keep a one-metre distance from each other. There is always a very long queue outside the supermarket because it only allows a very limited number of people inside. People also buy things quickly and only one person for each family comes inside to buy stuff very quickly and then leaves.

Linh Lê, Maryland, the US 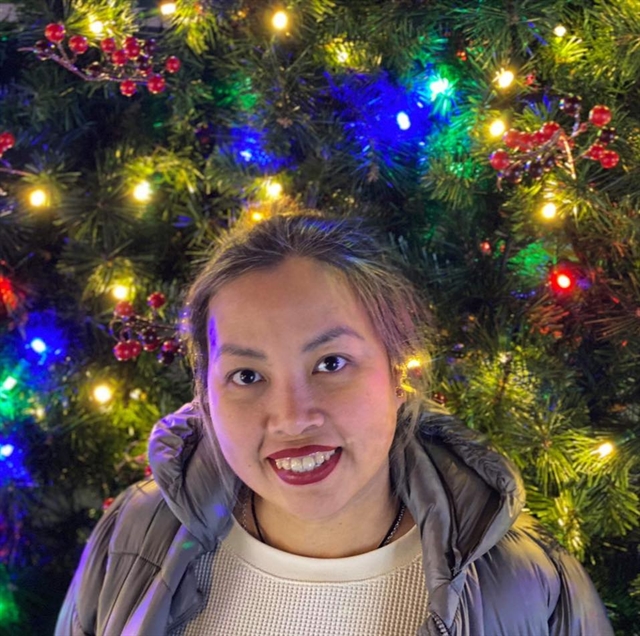 People try not to go out now. Supermarkets are much less crowded. Restaurants and shops have been ordered to close. There is no business anymore.

One bad thing about here is people don’t wear masks. It has affected the infection situation. I don’t dare to wear a mask because of information about discrimination. Here it is recommended that only sick people should wear them. But I wear gloves because people do not pay much attention to them.

In the Vietnamese community, often elderly people are those who are panicked. Young people are quite calm. Only those working people are worried because there is no work anymore. VNS

For the first time since her arrival in the US, Phuong Mai found Chinatown in Philadelphia deserted.

More than 3,000 overseas Vietnamese had invested VNĐ45 trillion (US$1.94 billion) as of the end of last year in HCM City, an official said at a meeting yesterday in the city.