He was praised by local and foreign newspapers when he became his school valedictorian and wore the Vietnamese national flag at the graduation ceremony of Toronto University in 2015.

He was awarded a Vietnamese government-sponsored scholarship to study there. 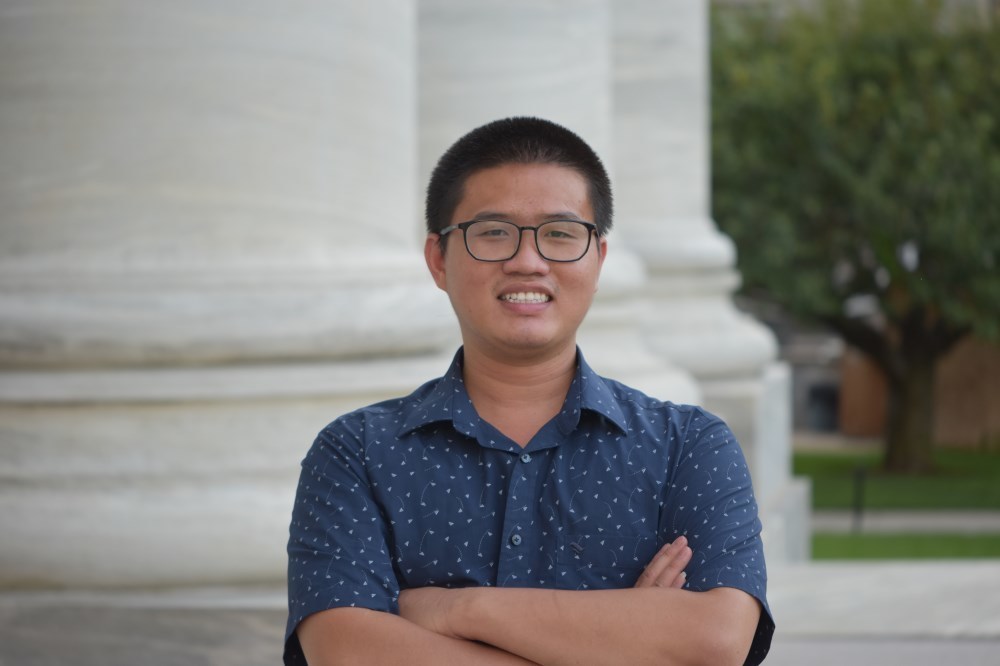 Stepping out of the safety zone

Recalling a talk to students about things to do when young, Anh said this was the message for himself: make every effort to do things so that you don't feel regrets later.

Anh believes that the main problem of young people is that they never find their true abilities. They may follow the ways directed by parents or follow tendencies in society, while forgetting their real capability.

The first step is finding an area of expertise or a topic that fits their capability and passion.

But after finding this safety zone and gaining certain achievements, a person may dare not go out of this area to continue to develop. This is because of fear for failure. And this is the next challenge, he said.

The second thing to do is ‘ learn how to cooperate’.

Many talented students believe they need to compete and that the successes of other people mean their failures.

But when they continue studying at higher levels or go to work, they will realize that achievements need to be gained by cooperation.

“The essence of life is cooperation. Great successes all come from the joint efforts of people who share the same ideals. Therefore, we need to find like-minded people, learn to cooperate, and fight for a common victory, a victory that is higher than our own,” he said.

The third thing one needs to pursue is their ideals and dreams instead of just immediate achievements.

If someone only works to obtain recognition for contributions and achievements or for money, they won’t be able to continue once these things disappear.

Anh was praised as an excellent student, which was a driving force for him to continue his study and work. But when he received criticism, he wanted to give up.

Citing stories about startups, Anh said startup founders want to make money. However, pioneers always strive for something which has more significance than money. This helps them stand up after every failure.

Anh believes that students need to question why they want to something and what they are striving for.

No formula for Harvard

When studying in Canada for a master’s degree, he said he always dreamed of going to Harvard.

After graduating from university, he still wanted to do everything quickly and gain achievements quickly. Only when he began doing more research did he see many problems and he realized that this was actually a hard job. At that time, he he fell into a crisis.

However, with great effort and determination, Anh finally got a scholarship for PhD study at Harvard.

Anh said there was 'no formula for Harvard’. To obtain the scholarship, one needs three things – achievements, experience, and letter of introduction.