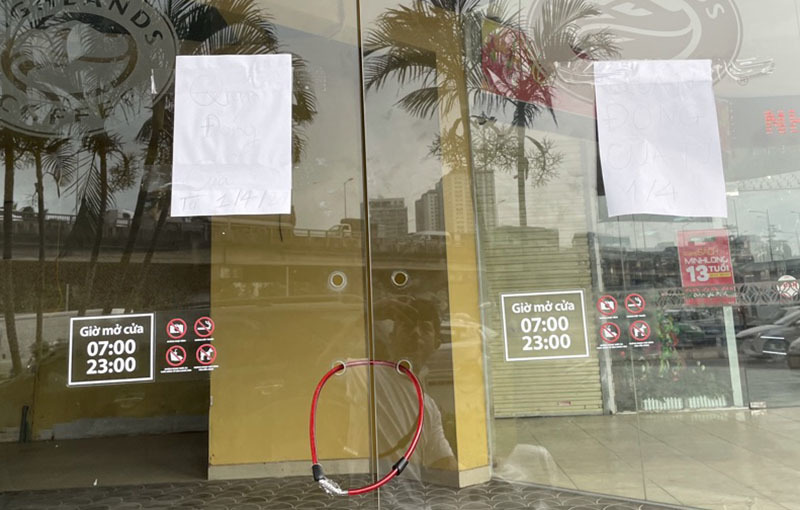 Tokyo Deli, owned by Tan Viet Nhat Food Company Ltd, is a familiar Japanese food brand in Vietnam. The first restaurant of the chain opened in the Phu My Hung residential quarter in 2007 in HCM City. After 10 years, the chain had 20 branches, including 15 in HCM City and five in Hanoi. But in order to survive, the number of branches has been cut.

Sump Yakiniku, a brand belonging to Golden Gate, is in the same situation. It has closed a restaurant on Huynh Thuc Khang Street temporarily. Earlier, the Japanese barbecue restaurant closed down its restaurant at Royal City.

One year ago, Golden Gate, the largest restaurant chain in Vietnam, which owns a lot of well-known brands, including Kichi Kichi, Sumo BBQ, Vuvuzela and Gogi, had to shut down nearly 400 restaurants in 45 cities and provinces within a four to five week period in March and April.

Covid-19 has also hit Redsun hard. Nguyen Nam Trung, managing director of Redsun, admitted that in November 2020, his company ran into problems because of old debts and high monthly rent of VND30 billion.

Nearly all restaurants, from conveyor belt hot pot places to Korean-style barbecue to spicy noodles, all have been hit hard by the pandemic. Many crowded restaurants which brought high profits to their owners have quietly left the market.

A branding expert said that investors who shut down restaurants will lose billions of dong, but they have no choice as they cannot pay the high retail rent if the restaurants aren't operating or have poor patronage. They also think that demand will decrease after the pandemic ends.

Tran Duc Minh, an expert in the field, said that Vietnam’s food and beverage sector is experiencing "the most brutal natural selection in history". Even large F&B chains have also suffered from a large-scale crisis, while smaller chains have "given up the game".

Before the pandemic broke out, a number of Mon Hue (Hue dishes) restaurants closed down. Even with huge investment capital of $30 million, the chain could not survive because of ineffective administration, marketing and brand management.

To survive the pandemic, restaurant chains have had to change to adapt to new circumstances. They now attach more importance to online sales, delivery services, and measures to ensure food safety.

Golden Gate has upgraded its app The Golden Spoon which started in 2016. Orders can he made on Now, Baemin and Grab Food, but also through its own G-Delivery technology.

The founder of Pizza Home said that before the pandemic, he, like many other investors in the F&B sector, wanted to choose large retail premises in advantageous positions for their restaurants. But he has changed his mind after realizing that large premises are a heavy burden on investors.

Being self-sufficient in vegetables thanks to its own vegetable farm, the Cuon and Rolls chain not only sells food online and offline, but also sells vegetable combos at VND200,000 per six kilograms of vegetables and hot-pot broth.

Minh said there are always opportunities amid difficulties. Restaurant owners all said they can see the great potential of the F&B sector once the pandemic ends. However, they now need to try to exist until that moment arrives.

Lotte Group to shut down restaurant business Lotteria in Vietnam?

One a year, sales of famous restaurant’s traditional cakes cause traffic jams at Hanoi crossroads 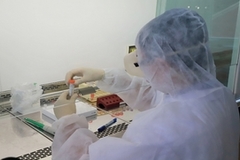