Solar awaits new rates to FiT the next growth stage

Rooftop solar expert Mai Van Trung takes a look at what is next for 2020, with new moves by the government and what prevailing trends await.

The release of Document No.89/BCT-DL dated January 11 of the Ministry of Industry and Trade (MoIT), which agreed with Electricity of Vietnam (EVN) to continue the grid-connection approval and registration of surplus energy from rooftop solar panels, has temporarily relaxed many investors and developers. However, the document is only the yellow light for the rooftop solar market in Vietnam. The whole industry is still waiting for the green light from the official decision from the government.

Undoubtedly, the potential of rooftop solar is clearly backed by more than 300 megawatt peak (MWp) installed across the country. Even EVN projected a total capacity of 2,000MWp at the end of 2020 if the feed-in tariff (FiT) of 9.35 US cents was maintained. The continuous delay of the new FiT applied for rooftop solar systems commissioned after July 1, 2019 has reduced installation in the market by half. The delay resulted in the restructuring of the rooftop solar players who have been preparing for the extension of FiT up to 2021.

Many local players have to scale down by cutting jobs and international developers keep waiting for a final decision to put their money down. Many newcomers who have entered the rooftop solar market to enjoy the first round of FiT are now struggling to survive due to the downturn of the industry. The risks of downgrading systems installed by those facing bankruptcy will be fully borne by customers within the 25-year lifespan of these rooftop solar systems. The engagement of local commercial banks to finance and refinance the rooftop investment portfolio has built momentum for rooftop solar leasing. This is known as the ESCO model, in which an investor provides a broad range of energy solutions from consultancy, design, implementation, installation, and operation to financial matters and service management for the energy system on the clients’ premises, and then earns money based on the energy savings.

The internal rates of return relying on incoming cashflows from EVN need to be adjusted downwards due to lower FiT that makes bankers concerned over their loans. Developers with weak financial positions will collapse under the pressure to pay principal and interest after their debts.

Looking at the bright side, the brake from the MoIT enables the market to filter out weak contractors and short-term developers. Also, the performance of the installed systems can be compared to the early estimates of the installers. The players whose growth strategy turn out to be sustainable will stand out while underperforming solar module and inverter brands will be easier to spot. The authorities will wait for six months for new growth to standardise the grid connection approval process and develop installation/construction regulations. The challenges are also a springboard for change and the surviving players will enjoy larger market shares.

Stakeholders are looking for the new FiT to restart their revenue streams. After many rounds of adjustments, both up and down, the latest draft FiT (FiT2) proposed by the MoIT is 8.38 US cents which follows the dramatic reduction of installation costs. FiT2 is considered financially attractive with the high solar irradiation in the south, which contributes more than 70 per cent of installations. Solar rooftop in the north needs more incentives to be feasible under FiT2. The evaluation of FiT2 might vary from stakeholder to stakeholder and there is little point in pointing at the FiT in neighbouring countries.

Another idea is to compare the FiT2 with the weighted average rates for different groups purchasing electricity from EVN. FiT2 is in between the Level 2 and Level 3 individual rates and would only bring a minor reduction in households’ bills. Individual installers need to decrease self-consumption by as much as possible (normally 40 per cent) to reach the Level 6 rates (currently 12.6 US cents). If the remaining 60 per cent is sold back to EVN at FiT2 prices, it would be difficult for them to turn a profit.

Thus, residents require further incentives like the national rooftop solar programme supported by German state-owned development bank KfW. The sponsorship mechanism should be approved and implemented as soon as possible to maintain the eagerness of individual installers.

Although the programme supported by KfW was introduced last July, it will take time to be deployed. The total amount of $16.2 million should be converted into residential FiT to discount the Level 6 rates ($16.2 million divided by 12.6 US cents equals 128.8 million kWh). The residential FiT can be further divided into many chunks, with each offering gradually reducing rates over time to attract early birds.

With commercial customers who are paying more than 12 US cents per kWh during the day will see negligible impacts from FiT2. Their large electricity consumption allows the commercial installers to use nearly 100 per cent of the generated energy for their operations. The green energy demand from this category is easily forecasted but the limited spaces mean commercial installers cannot afford to install systems as large as their industrial counterparts. The rapid pace of urbanisation and the many resultant new buildings may create shading on the solar rooftop modules of shopping malls, office buildings, and hotels, among others. There should be an indirect mechanism to allow commercials installers to purchase electricity to compensate their peak hour rates.

Regarding industrials, FiT2 looks good as their weighted average rate is roughly 8.12 US cents per kWh, close to FiT2. The available roof space allows large capacities to be installed. One MWp solar modules might help many factories to save 10-30 per cent of their energy consumption. In case the capex is a burden, there are many ESCO companies ready to offer discounts. The factory can enjoy predictable savings thanks to big data and the improved accuracy of simulation software.

The key features of rooftop solar are self-consumption and the wide distribution of systems which enable the utility company to save on transmission and distribution costs. In the early stages of renewable energy integration, it is required for the FiT to be financially feasible. After more than two years of rapid development, the FiT can be turned into a reference price for buyers and sellers of solar energy and regulators can let the “invisible hand” set the market price.

EVN is building a platform to acquaint demand and supply. On a monthly basis, solar energy buyers will be able to register the number of kWh that they want to purchase. The excess energy generated by the installed rooftop solar systems will be locked by EVN’s platform. The matching price of solar energy can be calculated as shown in the box.

The platform will allow more participants to enjoy green energy transactions and draw in commercial, residential, and industrial installers. These transactions will all be automatic thanks to the digital transformation in which EVN is considered one of the first-movers in Vietnam. Such blockchain-based platforms, such as WePower or Energo Labs, have been implemented by many countries.

The next generation of solar rooftop involves the integration of energy storage which is forecast to reduce to $100 per kWh by 2023 from the $156 per kWh in 2019, according to Bloomberg New Energy Finance.

Energy independence by hybrid systems is not just a vision but a modern-day reality knocking on the front door. The growth of electric vehicles (cars, trucks, and buses) will shorten the timeline to popularise what is being marketed energy-as-a-service.

World Bank research indicates that the technical potentials of 6,000MWp and 1,000MWp rooftop solar systems in Ho Chi Minh City and the central city of Danang will be realised no later than 2025. VIR

Lessons from solar: Rush to invest in wind power plants to get high tariffs could overload grid

2019 was a special year for solar power investors: they sprinted in the first half of the year to fulfill projects, but have been idle since July, and are now waiting for a new policy. 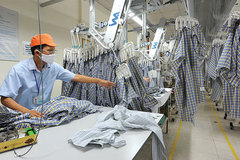 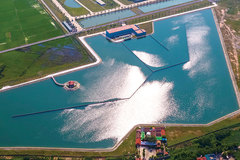 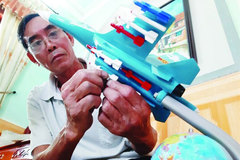 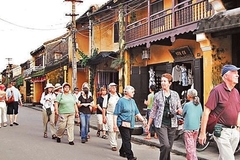 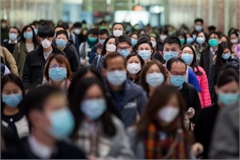 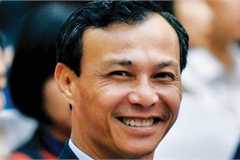 In 2019, foreign direct investment attraction was a bright spot of Vietnam’s economic picture. It is expected to continue being one of the vital drivers of the country’s growth this year and beyond.

Vietnam possesses an array of intangible cultural heritages that have been recognized by UNESCO. 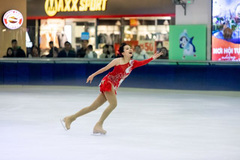 Every Saturday, Anna goes to the ice rink early, 15 minutes or so before her lesson with her skating teacher. She gets warmed up by skating around and around the rink and then does some easy spins before the hard work

It's a bright sunny day in Ho Village in the northern province of Bac Ninh, and locals awake to the sound of machines printing votive money for the dead as they set about their daily routines. 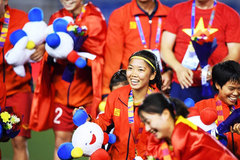 Huynh Nhu has a long love affair with the beautiful game since she was a child and reaching the top of her profession has only made her fall more deeply in love with football.