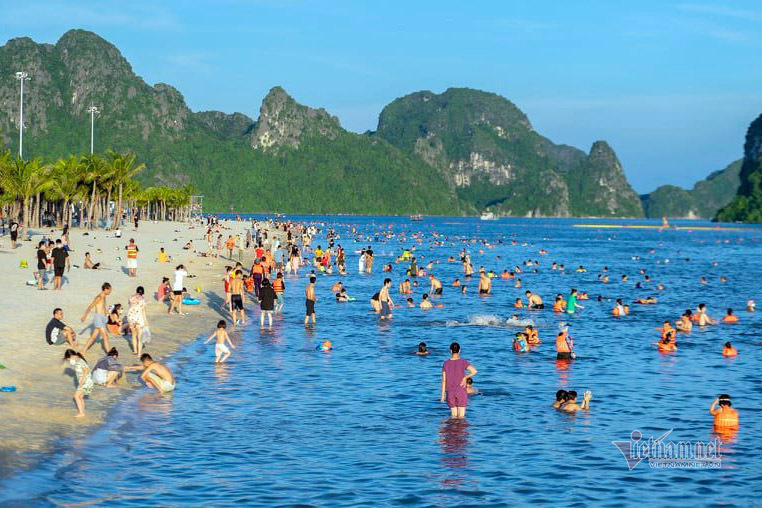 Khanh Hoa, where there is well-known beach town of Nha Trang, is planning to reopen tourism for its residents on October 15 if the pandemic situation is under control. It is also planning to welcome back international visitors with a vaccine passport by the end of the year.

In HCM City, after many months of hibernation, the city’s tourism has received the first visitors to Can Gio and Cu Chi districts on September 19.

Prior to that, at a working session with Can Gio district’s authorities, HCM City Party Committee Secretary Nguyen Van Nen suggested that as the district can control the outbreak, it can organize domestic tours in the locality, though the outbreak has not been contained in HCM City.

On September 9, Dat Do district and three green districts of the province, including Chau Duc, Xuyen Moc and Con Dao loosened some activities in accordance with Directive 15.

However, except for Con Dao, the three green districts maintain checkpoints to control entries and exits.

Based on the results of pandemic control, Vung Tau City authorities have submitted a socio-economic activity recovery plan.

In the first stage, from now to September 30, Vung Tau will consider reopening some traditional markets and allow trade of essential goods.

In the second stage, October 1-31, it will allow some types of enterprises and business households to resume operation, including postal, telecommunication, informatics office equipment and take-away food shops.

In the fourth stage, from January 1, 2022, Vung Tau will return to normal.

Since September 13, Vinh Phuc province has resumed some services, provided that all the rules on pandemic prevention are strictly observed.

Tourism sites, attractions, and golf courses have been reopened, but they can only operate at 50 percent of capacity and only receive clients within the province.

Buses and taxis can run within the province and can use no more than 50 percent of seats. They have to have a log book to record the itineraries of passengers.

Accommodation establishments have been allowed to open, but they cannot provide karaoke and massage services.

Spas, beauty services and healthcare services have also reopened, but they operate at 50 percent of capacity.

Hanoi allows resumption of some services from September 21

Hanoi’s authorities have allowed the reopening of some services in the city from 6am on September 21.