Vietnam's domestic property price to be stable in H2

The domestic real estate market in the second half of this year is not expected to witness significant changes in price due to stability in supply. 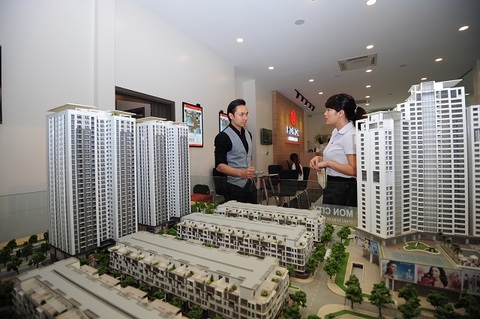 Customers look at a real estate project in Ha Noi. The domestic real estate market in the second half of this year will not see large changes in price. — Photo kinhtedothi.vn

The domestic real estate market in the second half of this year is not expected to witness significant changes in price due to stability in supply, according to experts.

During the last six months of this year, the medium- and high-end apartment market would not see any price fluctuations, said Nguyen Minh Ngoc, the Viet Nam Real Estate Association (VNREA)’s market researcher.

However, some products in those segments would experience a slight decrease in price because of more preferential selling policies for customers, he said.

The second half of the year would also be the period in which investors would have to boost liquidity to recover capital and prepare financial resources for investment next year, Ngoc said. Therefore, customers with low capital would find it easier to choose a suitable product.

According to the VNREA, the local property market will have a stable supply by the end of the year because the market has a large apartment inventory from the three previous years, though the supply of new apartments has dropped from the beginning of this year.

"The new supply has dropped but there is high inventory of apartments so sellers must have more policies for their customers to increase liquidity for collecting capital. Thus, the possibility of price increases will be very unlikely and the price could drop slightly compared with the same period in 2018 due to better selling policies,” Ngoc was quoted by the Kinh te do thi newspaper as saying.

“By the end of this year, the change of credit policy for the real estate sector in promoting control and reducing credit scale will have a significant impact,” said Nguyen Manh Khoi, Deputy Director of Housing and Real Estate Market Management Department under the Ministry of Construction.

Thus, credit growth in real estate began to decline from the end of 2018. On the other hand, the volume of land for housing plans and compensation has been tightened while people's purchasing power is still very strong.

From the beginning of this year until now, foreign direct investment (FDI) capital into Viet Nam’s real estate market has increased sharply against the same period in 2018 and reached the highest level in the last three years, reported vov.vn.

In fact, the new higher investment has not helped the release of more new products because the existing high inventory has made investors limit the increase of supply.

In addition, the land fund in big cities, such as Ha Noi, HCM City, Da Nang and Nha Trang, is in short supply.

Meanwhile, new projects are slow in developing due to difficulties in compensation and site clearance, leading to the scarcity of land fund and high land prices.

According to VNREA's researcher Ngoc policies on real estate finance are having a great impact on promoting investment of businesses. Now, the Government has permitted the use of 40 per cent of short-term capital to be medium and long-term loans for property projects instead of 60 per cent as before and the percentage will be reduced to 30 per cent in the future.

The tightening of financial credit policy will force investors to build new mechanisms for their own development roadmap, and secondary investors will have to determine reasonable investment levels for their ability.

Total housing supply in Ha Noi decreased by 25 per cent year on year while in HCM City, the reduction rate is even higher at 50 per cent of total supply.

Experts said that the decrease in new supply was due to high inventory of apartments over the last three years with total value of inventory at VND23 trillion.

Condotels were the product with the largest inventory. This segment in coastal provinces and cities had the absorption rate of only 40 per cent, thus its inventory was up to 60 per cent.

The strongest points of Viet Nam's real estate market are huge demand and ability of liquidity, according to Nam.

The local property market in the medium and long term will be very good as urbanisation will be very high. According to statistics, as many as one million people move from rural areas to urban areas each year. "The important thing is to have quality property products for them," Nam said.

According to a report released by property consultancy Savills Vietnam, an optimistic economic outlook, high levels of FDI and suitable monetary policies ensure that growth in Viet Nam’s property market will continue, whilst increased supply is projected in key cities to meet demand.

The majority of stock by 2020 will be grade C in HCM City and grade B in Ha Noi.

They account for 17 per cent of the country’s total inhabitants and have the highest urbanisation rates in Southeast Asia.

Between 2014 and 2018, substantial sales increases occurred in both cities.

The absorption rate recently hit its highest level in the last five years of 87 per cent.

Last year, home sales in Ha Noi increased by 20 per cent. Between 2014 and 2018, grade B accounted for 43-61 per cent of sales and grade C for 31 per cent. Grade A accounted for 8 per cent due to a combination of high selling prices and limited new supply.

The performance of the high-end segment (grade A) has improved in the last three years, attracting local and foreign buyers with competitive prices and appealing rental yields.

Corporate bonds are a lifebuoy for VN real estate firms 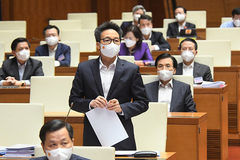 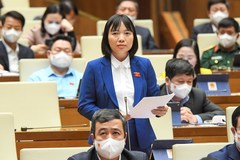 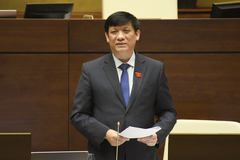 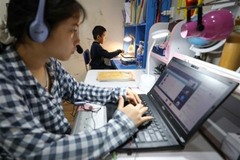