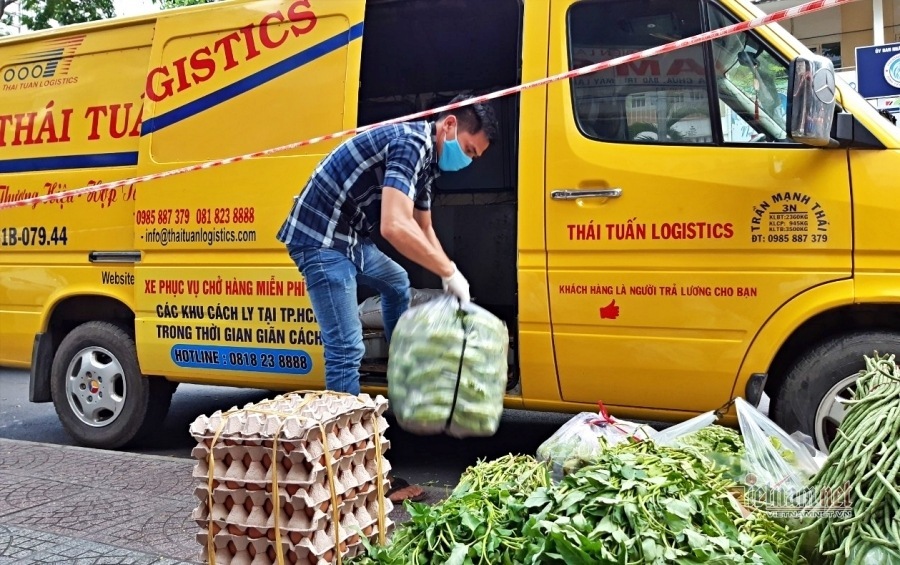 It was 4 pm. Tran Van Chinh, 32, a driver of the van fleet carrying goods free of charge 24/7, still had not had lunch because he had to leave for charity catering units to deliver meals to quarantine areas and field hospitals.

Chinh told reporters that in early June, when pandemic developments became complicated in HCM City, the company where he works set up this fleet to give a hand to the fight against the pandemic.

This is voluntary work and Chinh had been warned of the risk. But he decided to join the fleet. Pointing his hands to a quarantine area, he told reporters: “At first, my friends and family members were worried about me, because I insisted on entering the areas that everyone wants to escape. But I made up my mind."

“When I am in the cabin, moving through the roads, I can see anti-pandemic forces everywhere. At this moment, the whole country is united to fight the pandemic, so I could not sit still,” he said.

A lot of charity groups have heard about the van fleet and they have contacted Chinh, asking him to help deliver meals.

“At 7 am, I deliver food to charity kitchens in districts. At 10 am, I go get meals from kitchens to deliver to quarantine and field hospitals in the list. After that, I go receive rice and necessities from agencies and carry them to the places where they need to be delivered. In the afternoon, I once again go to kitchens and receive meals for deliveries,” he said.

After delivering meals in the afternoon, he goes to certain places to get donated food and deliver the food to kitchens at night.

Chinh said he has been eating and sleeping in the van for the last month. He is so busy that he doesn’t have time to make calls or receive calls from his wife and children from home. He has lost a lot of weight because he has to work hard and suffer from dehydration after many hours of ‘being locked’ in the protective suit.

The car cabin was full of protective clothing, medical gloves and antiseptic solution. When the van passed through an isolation area, he drove more slowly as if he wanted to see whether the quarantine area could receive free meals. When the van stopped at a red light, he quickly picked up and read the list of places to receive rice and vegetables to memorize the places.

Unity will help defeat the pandemic

At 4.30 pm, the van reached a kitchen. On the pavement, volunteers were seen busy preparing meals and juice.

Chinh stopped the car. Workers at the kitchen put boxes of meals into the car. The work was completed after a short time.

Chinh and the workers did everything very quickly to restrict the time of contact.

In fact, Chinh said they worked quickly because they wanted the meals to be delivered fresh and warm.

At 5 pm, the van arrived at a hospital. Soon after getting out of the air-conditioned cabin, reporters felt stuffy because of the protective suits and were sweaty a few minutes later.

“Now you can understand the hard work of medical workers. They bear tough pressure,” he said.

The delivery of meals was carried out very quickly. After sending the wishes of good health to doctors and nurses, he sprayed the van with antiseptic solution and quickly left for Cu Chi where he needed to receive vegetables to deliver to kitchens.

The director of the company which runs the free van fleet is Tran Manh Thai.

Thai said the fleet has five 2.5 ton trucks and one pick-up. The company contacts benefactors from other provinces, who donate food to help HCM City fight the pandemic. When they carry food to the entrance gates to HCM City, the company’s fleet will go to the gates to get the food and deliver to kitchens.

“We will maintain the fleet until the outbreak ends. We need to be united and cooperate to fight the pandemic. This is the only way,” he said. 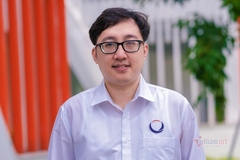