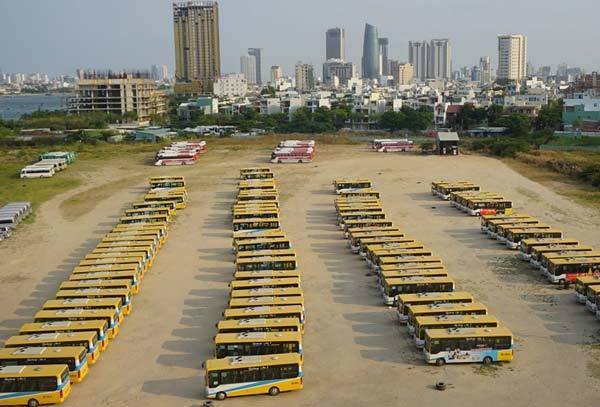 Observers, after analyzing recessions in Vietnam, concluded that when significant impacts from factors outside occurred in the past, the GDP didn’t tumble immediately but the growth rate slowed down in the following years.

Before the financial and monetary crisis in the region broke out in 1997, Vietnam had high GDP growth rates of over 8 percent per annum for six consecutive years.

The same occurred with Vietnam when the global recession broke out in 2008. Vietnam had been gaining high GDP growth rates (more than 7 percent per annum), but growth was slower in the next few years. It was 5.32 percent in 2009.

Vietnam had to spend many years after crises to recover, and the recovery was very slow, which moved up just 1-2 percent per annum.

Nguyen Dinh Cung, a respected economist, predicted that with the current development rate, Vietnam’s GDP growth rate would be no more than 5 percent in 2022.

Vietnam’s economy is facing challenges as domestic consumption has dropped dramatically, while input material prices of many industries are soaring, which could lead to inflation.

In such conditions, economists said drastic measures are needed to recover the economy, including strong demand stimulus packages and bailouts to support production.

The National Assembly recently issued Resolution 406 on measures to support enterprises and people bearing Covid impacts. It includes 30 percent corporate income tax reduction for businesses which have revenue of no more than VND200 billion in 2021, and a 30 percent VAT reduction applied to products until the end of December 31, 2021.

Nguyen Quoc Ky, chairman of Vietravel, said that many businesses have suspended operation and don’t have revenue, so the corporate income tax (CIT) and VAT reductions won’t have much significance. The policies will be applied until the end of 2021, which is too short compared to the time businesses need to recover.

“A body that has been seriously ill for many months won’t be able to recover after two months,” he said. “Businesses need more drastic measures to be able to come back to the market.”

Ky said that during the 2008 global recession, the National Assembly decided to cut the VAT by 50 percent, valid for two years. But support is lower during the Covid-19 crisis: just a 30 percent VAT cut and for a shorter period (2 months).

VCCI (Vietnam Chair of Commerce and Industry) Chair Pham Tan Cong also commented that support packages launched so far are equal to 2 percent of GDP only, which is a low level compared with that in other regional countries. Thailand’s bailouts are worth 15.6 percent of GDP, Malaysia 8.8 percent, and Indonesia 5.4 percent.

Citing figures about bailouts launched by countries since the Covid-19 outbreak, Le Xuan Nghia, a respected economist, said the US bailouts have total value of $5.838 trillion, or 28 percent of its 2020 GDP.

Meanwhile, Japan has spent 61 percent of GDP and Europe 20 percent. The countries have supported unemployed people by giving cash, providing loans to large businesses that cannot borrow from banks, and guaranteeing (small and medium enterprises) SMEs to access bank loans.

Vietnam has spent 2.94 percent of GDP so far. The interest rate cuts or preferential interest rates won’t help businesses access loans in current conditions, because businesses, which are facing difficulties, don’t have assets to mortgage for loans.

“The support must be in cash,” Nghia said.

The CIT reduction policy, for example, is of no help to loss-making businesses seriously hit by the pandemic.

A survey by the Ministry of Planning and Investment (MPI) found that only a low proportion of businesses could access support in tax and credit because of complicated procedures and unreasonable requirements. Meanwhile, the contradictory provisions of the laws regulating production and business activities have not been settled.

According to VCCI, Vietnam’s total public debt to GDP is at a low level, so it would be better to consider expanding the support packages.

“With the 2020 GDP estimated at VND6.3 quadrillion, support packages could be up to 4 percent of GDP, or VND250 trillion,” Cong said.

Foreign invested enterprises (FIEs) have suggested a strategy on controlling the pandemic in every area so as to safely restore production and business activities.

Business activity in the post-pandemic period