Young lecturer is nominated for award for research on rain forecasting 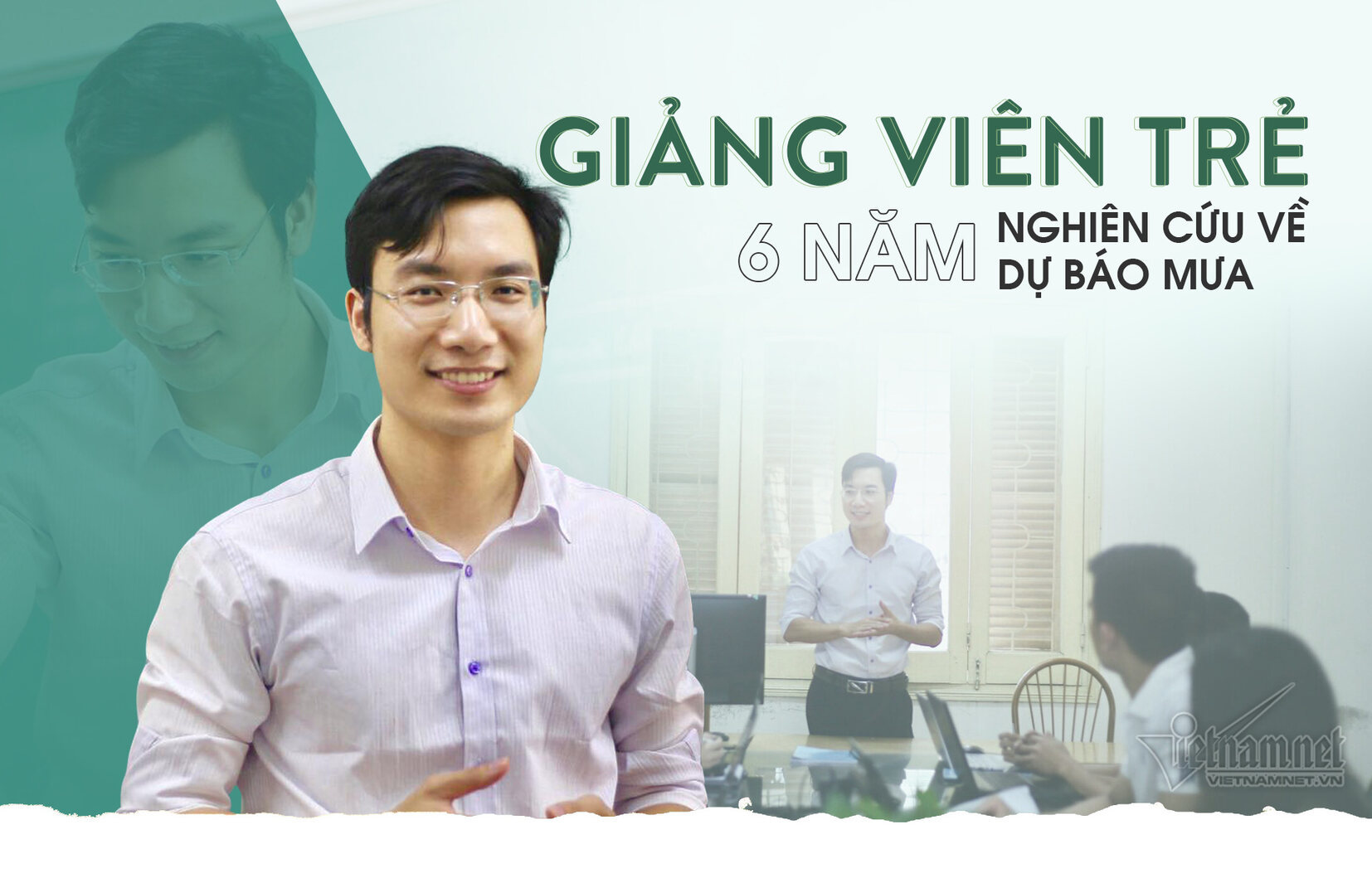 Tuan, born in 1988, researched rain forecasting as a master’s student at the University of Natural Sciences under the Vietnam National University, Hanoi.

“Rain is an extremely important factor in the development of most countries in the world, including Vietnam. Excessively high rainfall may cause floods and serious human and material damages. Too little rainfall may cause drought, water shortage and damage crops. Rain forecasting is the top concern of meteorologists around the world,” Tuan said.

Vietnam’s meteorology field has made great improvements in recent years, with weather forecasting over a five day period now having the same accuracy as a forecast for one day made 30 years ago.

However, this doesn’t mean that forecasting in 30 years will be five times more accurate than now, according to Tuan.

There are obstacles that meteorology still cannot overcome. Technically, computers can help give forecasts for several months or longer. However, the reliability of the forecasts decreases rapidly after 5-7 days.

Basic theories for short-term forecasting have been gradually perfected, so weather forecasting for 1-5 days is relatively good. However, atmospheric changes within a longer time (10-90 days) still cannot be fully understood.

At university. Tuan studied the natural laws related to rainfall variation so as to expand weather forecasting capability.

Tuan said in order to answer the questions, he had to spend one year of reading to understand algorithms and build calculation programs for large atmospheric data over a 30 year period, from 1980-2010.

“These are complicated algorithms which require high coding skills,” he recalled.

After Tuan got the calculation results, he had to deal with another challenge – analyzing the physical process based on these results.

Vietnam's climate is complicated, influenced by large circulation systems with differentiation between regions. The characteristics of rain and the causes of rain in Vietnam remain controversial in the meteorological community. It therefore costs time to select important aspects for analysis.

Tuan had to spend one more year analyzing all the results he got. The materials he collected during that time helped him discover the law of rain fluctuations. The physical mechanisms related to the fluctuations were also found.

He also found the relation between the fluctuations and the appearance of heavy rains in Vietnam. This was a significant discovery, because heavy rain is difficult to predict.

In early 2019, Tuan’s scientific article with announcement about the research results was published in the Journal of Climate, a journal of the American Meteorological Society.

Tuan was a physics major at the High School for the Gifted in Natural Resources. With curiosity about natural phenomena such as typhoons, whirlwinds and thunderstorms, he decided to apply to the Meteorology and Oceanography Faculty at the Hanoi University of Natural Sciences, a member school of the Vietnam National University, Hanoi.

“When officially becoming a student, I found that meteorology was even more interesting than I thought. Mathematics and physics knowledge, which seem to be abstract, could be applied to explain regular natural phenomena,” he said.

After obtaining a bachelor’s degree, he continued for a master’s degree and then a doctorate.

He said that Vietnam’s meteorology field has made great strides in the last few years. The agency where Tuan is working is equipped with super-computer systems that serve training and research. The latest achievements in remote sensing, data assimilation, high-performance computing and artificial intelligence have also been applied to weather forecasting.

However, Tuan said scientists still need the support of information technology (IT) experts to operate the system well.

He said research can be lonely. “In Vietnam, the number of scientists in this field remains modest,” he said.

Tuan said that meteorology seems to "stay outside the general development track". It has been developing slowly and motivated by only several individuals. There are not many researchers in the same field, so it is difficult to find colleagues for academic exchange.

One of the reasons, according to Tuan, is the weak support given to young researchers. This may lead to a human resources crisis in the future.

Every year, his university only enrolls 30-40 students in the meteorology major. Scientists in this field have to be good at math, physics and coding. But students good at these subjects don’t choose to study meteorology.