Joining the market in 2008, Turkish Airlines officially opened its representative office in Hanoi in May 2019. The air carrier provides one flight a day from Hanoi/HCM City to Istanbul. 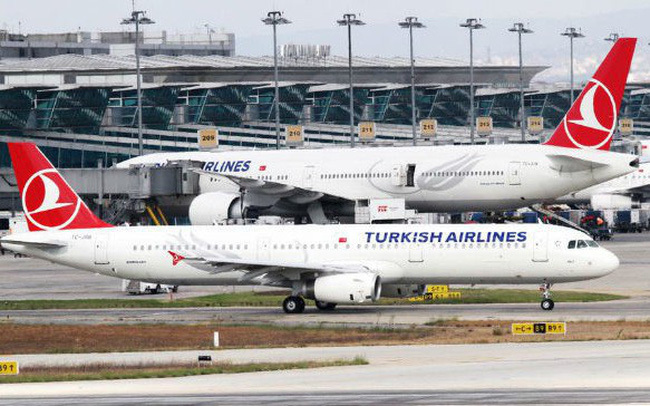 From September it will increase the number of flights to two per day with direct routes Hanoi-Istanbul and HCMC-Istanbul.

Turkish Airlines is a 5-star national airline of Turkey. In the Vietnamese market, it is leading in the number of air routes and number of passengers from Vietnam to Europe.

Air Asia has opened an air route from Kuala Lumpur to/from Can Tho. In the near future, it will have one more route – from Can Tho to Bangkok of Thailand.

Edelweiss has stated it will launch direct flights between Zurich in Switzerland and HCM City. The Airbus A340-300 with the capacity of 314 passengers will carry direct flights that connect Zurich and HCM City two flights a week.

Prior to that, Air Seoul Inc, a subsidiary that provides budget airlines belonging to South Korean Asiana Airlines, opened an air route to Da Nang City in the central region of Vietnam.

Vietnam is encouragi g the opening of new air routes and flight frequency on existing routes between Vietnam and key tourism markets, including the US, France, UK, Japan, South Korea, Russia, Australia and India.

Improved living standards plus the higher number of foreign travelers to Vietnam all have also prompted foreign airlines to set up new air routes to Vietnam.

As of December 2018, 68 foreign airlines from 25 countries and territories, and four Vietnamese airlines, namely Vietnam Airlines, Jetstar Pacific, Vasco and Vietjet, were operating.

A senior executive of Saigontourist said the new routes will facilitate tourism development.

Bernd Bauer of Edelweiss said the air carrier plans to bring 10,500 travelers to HCM City with revenue of $32 million.

According to a Boeing representative, the number of passengers traveling in Vietnam increased by 20 percent per annum and abroad by 7 percent.

The Civil Aviation Authority of Vietnam (CAAV) has released its report on delayed and cancelled flights by local airlines in the first half of 2019.