Is it time to curb the number of tourists?

The overcrowding at some tourism sites in recent years has raised a debate about whether Vietnam’s tourism has reached its critical point.

Twelve years ago, Anh Lan, director of a travel firm in HCMC, began sending international tourists to Nha Trang City. Later, realizing that tourists like the sea city, she decided to focus on bringing tourists there. 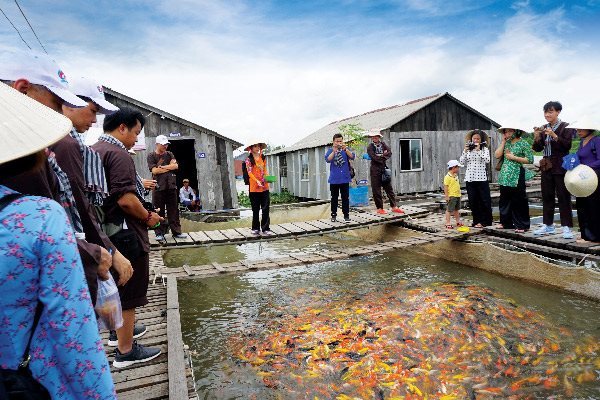 “The streets were deserted then. There were a few hotels with several thousand rooms. The services were poor, but travelers did not complain much because they knew Nha Trang was a new destination,” Lan recalled the days.

More travelers have come to Nha Trang, while more and more hotels have arisen, but the infrastructure and services haven't developed proporationally. Many destinations have become overcrowded.

Lan said this is the story of not only Nha Trang, but other destinations in Vietnam as well.

In a special report on tourism development in Vietnam, the World Bank commented that in the last decade, Vietnam witnessed a boom in the number of domestic and foreign travelers.

The number of domestic travelers soared from 20.5 million in 2008 to 80 million last year, thanks to the rapid increase of the middle class.

Meanwhile, the number of foreign travelers in the last 10 years has increased by four times, from 4.2 million in 2008 to 15.5 million last year. The growth rate was especially high in the last three years of up to 25 percent, much higher than the 9 percent average growth rate in 2008-2015.

Vietnam has caught up with Indonesia in number of foreign travelers, and widened the gap between it and Thailand and Malaysia, the countries leading the region in number of travelers.

However, though the number of travelers has increased rapidly, the profit hasn't increased proportionally.

The World Bank cited a report of the General Stastistics Office (GSO) as showing that after reaching the peak of $106 in 2011, the daily average spending level of foreign travelers has begun decreasing, now hovering around$96.

The number of Chinese travelers has increased rapidly, but they have low daily spending. As for domestic travelers, the average spending level has increased, but it has been flat if based on comparative prices with inflation.

Hoi An advised to limit travelers to 5 million a year

Hoi An ancient town, a well-known destination for tourists, has been advised to receive no more than 5 million travelers each year so that the slogans ‘the most wonderful city’ or ‘for a cleaner Hoi An’ have real significance.

What are the most favorable outbound destinations of Vietnamese travelers?