1.The ‘cooperation for joint development’ trap

There is currently a large area in the East Sea (internationally known as the South China Sea) that China considers to be in dispute with other countries. 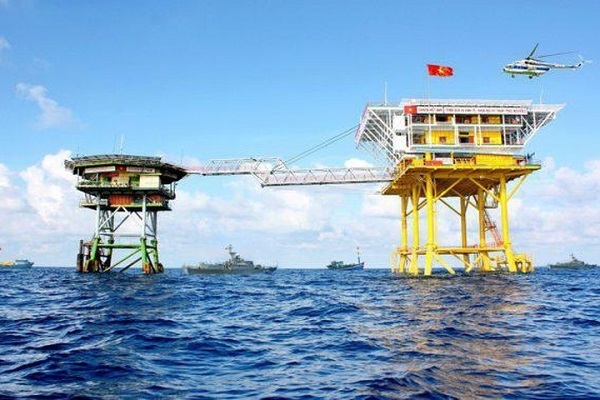 Second, the island of Natuna next to Indonesia, 800 nautical miles off southernmost Hainan Island, is also being eyed by China. They claim that this is the "traditional fishing ground" of Chinese fishermen.

Third, China's unreasonable "nine dash line" covering over 80 percent of the East Sea overlaps the claim on the exclusive economic zone and continental shelf of most countries in the East Sea, including Vietnam, Malaysia, Brunei and the Philippines.

Realizing that it is impossible to obtain the recognition of other countries for its unreasonable sovereignty claims, China has proposed the initiative of ‘cooperating for joint development’ in the disputed maritime areas. The initiative, together with a series of others, aims at enhancing Chinese influence.

After taking office after the judgment of the Permanent Court of Arbitration (PCA), in 2016, Filipino President Duterte completely changed the approach towards China, with policies quite different from his predecessor who sued China.

He seemed to ignore PCA’s decision and upgraded relations with China. In addition, he made negative statements about the US, the closest ally. In exchange, he received big preferential loans from China.

With these moves, it seemed that the president could get very early cooperation with China in Filipino territorial waters.

However, the story is not so simple. The Constitution of the Philippines stipulates that national territorial integrity is inviolable, and therefore, the waters over which the Philippines has claimed sovereignty in compliance with international law, especially the United Nations Convention on the Law of the Sea (UNCLOS), has no overlap with China.

Thus, the cooperation with China can only be implemented if China accepts to be a hired employee and receives profit sharing.

In late 2018, people were surprised when they saw Chinese President Xi Jinping visit the Philippines and signed a cooperation agreement with the country.

There are two very important things in the agreement. First, China and the Philippines will cooperate to carry out co-exploitation in the waters to be defined by the two parties. Second, the task forces of the two parties will work together to define the waters for cooperation within one year.

The time limit of one year raised questions. Obviously, if cooperating fairly and equally in the waters of the Philippines on the basis of recognizing the Philippines’ sovereignty, China will go against its claims.

Meanwhile, if cooperating with China on the disputed territorial waters, the Duterte cabinet may face the accusation of betraying the country.

The actions after the Chinese President’s visit seem to be completely different from ‘cooperation’. In late March and early April 2019, hundreds of Chinese militia ships flocked to Thitu Island which was being held by the Philippines.

The Chinese action sparked very negative reactions by the Philippines. The Filipino President declared that "national sovereignty is not negotiable", and the Filipino President in person stated that he would allow soldiers to carry out a suicide mission, while the country’s Ministry of Defense and armed forces claimed to be "ready to defend the territory".

2. The exclusive economic zone and continental shelf of Vietnam that China has violated this time, and legal issues.

In recent days, Haiyang Dizhi 8 violated the Vietnamese large waters of the exclusive economic zone and continental shelf in the southwest East Sea, which belongs to Vietnam in line with the UNCLOS 1982.

China argues that this area is within the "nine dash line" or part of the so-called "Spratly Islands waters".

First, there is no legal basis for China to claim historic rights to resources in the waters inside the 9-dotted line.

Second, no structure in Spratly has the ability to create extended seas, and the Spratly Islands cannot jointly create maritime zones as a unified entity.

Thus, it is impossible to use the "nine dash line" or the "Spratly waters" to justify that the southeastern coast of Vietnam is a disputed area. It is purely an exclusive economic zone and a continental shelf of Vietnam.

Sovereignty rights include the privilege of exploring, exploiting, managing and conserving resources on the sea surface, the waters above the seabed and in the seabed, and other activities for exploring and exploiting natural resources for economic purposes.

The jurisdiction rights of coastal states include the rights to allow other countries to explore, exploit and use resources, carry out scientific research, and install underground cables and works and equipment in the areas.

The UNCLOS also stipulates that other countries, when carrying out activities in the exclusive economic zone and continental shelf, must comply with the laws of coastal states if the laws are not contrary to international laws.

Vietnam has fulfilled all necessary procedures to implement the rights of the coastal state in accordance with international laws, including the Declaration of the Government of the Socialist Republic of Vietnam on the baseline used to calculate the width of Vietnam territorial waters in 1982; and the Profile of the outer boundary of the continental shelf submitted to the United Nations in 2009. It enacted the Vietnam Law on the Sea in 2012 and the Law on Resources, Marine Environment and Islands in 2015.

3.The corollaries of Chinese actions to the region, safety, freedom of navigation, aviation and international law maintenance in East Sea

China's actions in recent days in the exclusive economic zone and the continental shelf of Vietnam as well as previous actions with the Philippines are extremely dangerous acts, which are contrary to the provisions of international law and perceptions and agreements of senior leaders of ASEAN countries, especially Vietnam, the Philippines and China.

China's actions can also be seen as actions of provoking, complicating the situation, escalating conflicts, and affecting peace and stability in the East Sea.

The actions are particularly dangerous in the context of ASEAN countries and China negotiating the Code of Conduct in the East Sea (COC), an extremely important tool to help maintain peace, stability, freedom of navigation, aviation and sustainable development of the East Sea.

With its illegal activities, China must take major responsibility if COC negotiations are prolonged or unsuccessful.

For many years, with the policy of protecting national sovereignty and national interests by peaceful means, on the basis of international law, Vietnam has always complied with international laws. It has made every effort to reconcile before taking stronger solutions to protect sovereignty.

In order to prepare forces to deal with urgent situations, in addition to political and diplomatic solutions, Vietnam has focused on strengthening the power of the civilian law enforcement system at sea, such as the marine police.

Vietnam this time has strictly complied with the provisions of international laws. It has reacted very quickly and strongly in the field, and used political and diplomatic solutions. It also sent a diplomatic note to protest against the violation.

If China continues to violate Vietnam, Vietnam needs to take tougher solutions. The former Prime Minister Nguyen Tan Dung once said that Vietnam is preparing documents and is ready to take legal measures, including suing Chinese countervailing actions in an appropriate international court.

Australia, US, Japan concerned about Chinese behaviour in East Sea

The East Sea issue has attracted great attention from the countries participating in the 52nd ASEAN Foreign Ministers’ Meeting (AMM-52) and related meetings, given the recent developments in the waters

Dr. Le Hong Hiep from the Institute of Southeast Asian Studies in Singapore has said China’s recent acts in the East Sea has made the regional situation more tense and uncertain, thus hindering negotiations on a Code of Conduct in the East Sea (COC).

Spokeswoman of the Vietnamese Ministry of Foreign Affairs Le Thi Thu Hang on April 21 replied to reporters’ questions about the recent complex situation in some ASEAN countries’ territorial waters.

Analyst Carl Thayer Carl Thayer , an Emeritus Professor at the University of New South Wales has called latest China's action in the East Sea "provocative," "illegal" and has no basis under international law.

Vietnam urged relevant countries to strictly abide by the provisions of the United Nations Convention on the Law of the Sea 1982 (UNCLOS).

Dr. Gerhard Will, a German expert on the East Sea, has said that China should quit its militarisation in the East Sea and show its willingness and cooperation capacity in security and economy

The US on April 6 said it was "seriously concerned" about China's reported sinking of a Vietnamese fishing vessel in the East Sea.

Vietnam requests China to respect its sovereignty and take no actions that escalate tensions and complicate the situation, affecting peace and stability in the East Sea and the region,