An exhibition was opened in Thai Nguyen on May 10, giving visitors an insight into the historical and legal evidence proving Vietnam’s sovereignty over Hoang Sa (Paracel) and Truong Sa (Spratly) archipelagos.

The exhibition, held at Thai Nguyen University, drew the participation of experts and researchers on the East Sea issue and students of universities and colleges in the province.

On display are more than 150 maps, documents, and paintings testifying to Vietnam’s sovereignty over the two archipelagos. They were issued by the Vietnamese feudal regime from the 17th to 20th centuries and research of Vietnamese and international scholars, along with maps, images, and atlases published by other countries.

The event also featured a space with a digital 3D exhibition.

It formed part of activities to raise public awareness and responsibility of people in Thai Nguyen province, especially youths, in protecting the country’s sovereignty over Hoang Sa and Truong Sa archipelagos.

Students of the province also joined a talk with experts and researchers to receive more information about the role of sea and islands towards the country’s economic development and national safeguarding.

The exhibition is scheduled to last through to May 12.–VNA 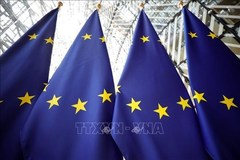 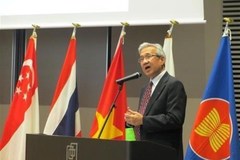 Japanese Foreign Minister Taro Kono on August 27 stated that his country opposes any action that intensifies tensions in East Sea.