The Society for Indian Ocean Studies held a seminar on the East Sea in New Delhi, India on July 12.

Speaking at the event, former Foreign Secretary of India Lalit Mansingh mentioned difficulties in the enforcement of the PCA’s ruling as well as India’s interests and concerns over the East Sea.

Vietnamese Ambassador to India Pham Sanh Chau said the current East Sea situation remains complicated and unpredictable. It has attracted attention from not only regional countries but also many other nations around the world, he said.

The ambassador urged parties concerned to make greater efforts to maintain peace and stability in the region, ensure freedom of navigation and aviation, strengthen trust and refrain actions that could further complicate the situation.

Scholars delivered reports on the real situation and importance in the enforcement of the PCA’s ruling. They emphasised the need to reach a legally-binding Code of Conduct in the East Sea between China and ASEAN, measures to reduce tensions in the East Sea, and affirmed the role of international law in the process.

They called for the settlement of disputes via peaceful means in line with international law, not use or threat to use force, self-restraint in activities that could further complicate or escalate the disputes.

In particular, they also underscored the importance of the East Sea where cargo worth 5 trillion USD was transported through each year.-VNA 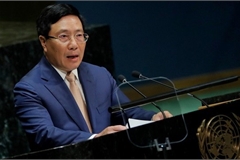 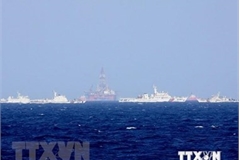