The rights of Vietnam, a member of UNCLOS 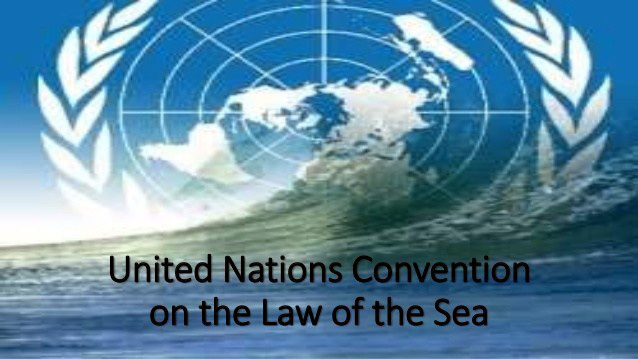 As a coastal country with a coastline of over 3,260km with thousands of islands, including Hoang Sa (Paracel) and Truong Sa (Spratly), Vietnam has many benefits associated with the sea. Recognizing the importance of the sea, Vietnam actively participated in the negotiation process to build the 1982 UNCLOS and has been making great efforts in implementing the Convention.

Vietnam was one of 107 countries which signed UNCLOS in Montego Bay, Jamaica, right after the document was open for signing, and it was one of the countries ratifying the convention very early, before the convention took effect. This demonstrates Vietnam's good will, respect and expectation in a new legal order for the sea and the ocean.

On June 23, 1994, the National Assembly issued a resolution on the ratification of UNCLOS, affirming Vietnam's sovereignty over internal waters, territorial waters, sovereignty and jurisdiction over the contiguous zone, Vietnam's exclusive economic zone and continental shelf on the basis of the provisions of the Convention, and the principles of international law.

The resolution affirms Vietnam’s sovereignty over the two archipelagos Hoang Sa (Paracel) and Truong Sa (Spratly), and it advocates the settlement of disputes on territorial sovereignty as well as other disagreements related to the East Sea issues through peaceful negotiation, in the spirit of equality, mutual understanding and respect for international laws, especially the 1982 UNCLOS.

The area of waters and continental shelf in which Vietnam can enjoy the rights for the sea and resources in accordance with UNCLOS is approximately 1 million square kilometers, or 3 times the mainland area.

In order to implement the responsibility and show the good will of a member country of UNCLOS, Vietnam has always respected and implemented the obligations set by the Convention, gradually improving the national legal system, applying provisions of the Convention in the determination of maritime zones and delimitation of maritime boundaries with neighbors as well as management and use of the sea.

This is considered an important step forward in transferring the provisions of UNCLOS to the domestic legal system, and facilitating the unified management of the sea and the development of Vietnam's maritime economy.

Vietnam has made great efforts in effectively applying UNCLOS to settle disputes related to maritime delimitation with neighboring countries.

With Vietnam’s great efforts, the content "based on international law, the 1982 UNCLOS to find a basic long-term solution to disputes in the South China Sea" is included in the Vietnam-China Agreement on basic principles for settling maritime issues signed on November 10, 2011.

Based on the provisions of the Convention, Vietnam has been effectively carrying out marine economic activities in the exclusive economic zone and continental shelf of 200 nautical miles that serves the country's development.

Vietnam also proactively promotes cooperation with relevant parties in protecting the marine environment, rescuing at sea, preventing natural disasters and implementing measures to prevent crimes at sea, contributing to the full implementation of the provisions of the Convention.

On October 22, 2018, the Central Party Executive Committee issued a resolution on the strategy for sustainable development of Vietnam's marine economy to 2030, with a vision to 2045, showing the great determination of the Party and the State to sustainably develop a sea-borne economy, turning Vietnam into a strong marine nation.

All of this is vivid evidence showing the Vietnamese Government's good will, strong determination and practical commitment to respect and enforce UNCLOS's provisions.

This also demonstrates Vietnam’s efforts and consistent policy in cooperating in resolving disputes and disagreements at sea with peaceful means, suitable to international laws, including UNCLOS, in order to promote cooperation with other countries, and protect Vietnam's legitimate rights and interests in the East Sea.

Behind China's violations is the intention to control the East Sea through promoting maritime claims that are completely contrary to the provisions of the 1982 UN Convention on the Law of the Sea (UNCLOS).

Ly Dinh Quan, director of the Songhan Incubator, one of the first private start-up incubators in Vietnam, talks with reporter Chi Lan about the role of the private sector to support a new generation of start-ups in Vietnam.

A book featuring stories and photos about Vietnamese navy soldiers on the Truong Sa (Spratly) Islands has been published recently in Hanoi.

Australia and the Republic of Korea (RoK) expressed their grave concern over recent developments in the East Sea at the fourth Australia – RoK Foreign and Defence Ministers Meeting in Sydney.

Pham Hai Anh, Vietnam’s representative to the United Nations, on December 10 affirmed Vietnam’s consistent stance that all disputes should be settled via peaceful measures, in line with international law.

The successful assembly of 927-Yet Kieu submarine rescue ship is a remarkable achievement by Vietnam’s defense industry, greatly contributing to the mission of safeguarding the country’s sovereignty.

Prime Minister Nguyen Xuan Phuc has showed his appreciation for the EU’s viewpoint on the East Sea issue, supporting safety, security and freedom of aviation and navigation in the East Sea, as well as complying with international law.

Growing economic interest in the East Sea has led the European Union and its member states to pay more attention to the region, according to an Italian expert.

Discussions at the event help address the heat of conflicts which threaten the regional security.

Vietnam rejects all the contents regarding Vietnam of the Chinese Foreign Ministry spokesperson’s statement on sovereignty over Truong Sa (Spratly) archipelago on November 8.

The 1982 UN Convention on the Law of the Sea (UNCLOS) is an important legal instrument to regulate maritime issues and ensure legitimate rights and interests of countries.

It is necessary to maintain and respect international law, especially the 1982 UN Convention on the Law of the Sea (UNCLOS), in the settlement of disputes in the East Sea, Swiss lawyer Pierre Schifferli has said.

Recently, many imported products with the illegal nine-dash line have been detected in Vietnam, capturing public attention.

ASEAN is divided in the East Sea issue and Vietnam needs to avoid controversy when it takes over the chairmanship 2020.

Vietnam should make greater efforts to get stronger support from the international community in the East Sea issues and hold more activities similar to East Sea International Conferences, a leading foreign expert has suggested.

The presence of an illegal nine-dash line in several products in Vietnam has provoked alarm over the need for people to increase their vigilance on the violation of sacred national sovereignty.

As part of the ongoing 11th East Sea International Conference in Hanoi, delegatesattended a special session marking the 25th anniversary of the entry into force of the 1982 UNCLOS and 25 years since Vietnam approved the convention.

Leading foreign experts have voiced their concerns over China’s recent actions in the East Sea, while speaking at the ongoing 11th East Sea International Conference in Hanoi.

“Cooperation for regional security and development” was the topic of the 11th East Sea International Conference which opened in the capital city of Hanoi on November 6.