On April 10, three checkpoints have been set up to prevent people from entering and leaving Ha Loi Village. All items transferring into the village must be reported, checked and disinfected. The family members then called their relatives to go out to take the food home.

Le Thi Huyen, medical staff in Me Linh District, said, "We take shifts to stay at the checkpoints 24/7. Family members that want to transfer items into the village queued and stayed two metres apart. All items are disinfected."

44-year-old Nguyen Huu Cuong said he brought 10,000 flowers to an owner in Ha Loi. "It's harvesting season but since the garden owner is being quarantined, he hired us to bring the flowers to the warehouse. We have many difficulties since the flower prices dropped because of the outbreak," he said.

59-year-old Nguyen Duc Chinh said he brought necessities to his daughter every day.

Ta Quang Thai, chairman of Me Linh Commune, said after the lockdown decision was issued, they had set up the checkpoints to control traffic, help severely-ill patients and provide necessities. The steering committee in Me Linh Commune has lived on the field in order to hold meetings and monitor the situation.

Ha Loi Village will be locked down for 28 days starting from April 8 after a villager tested positive for SARS-CoV-2.

Some photos at the checkpoints: 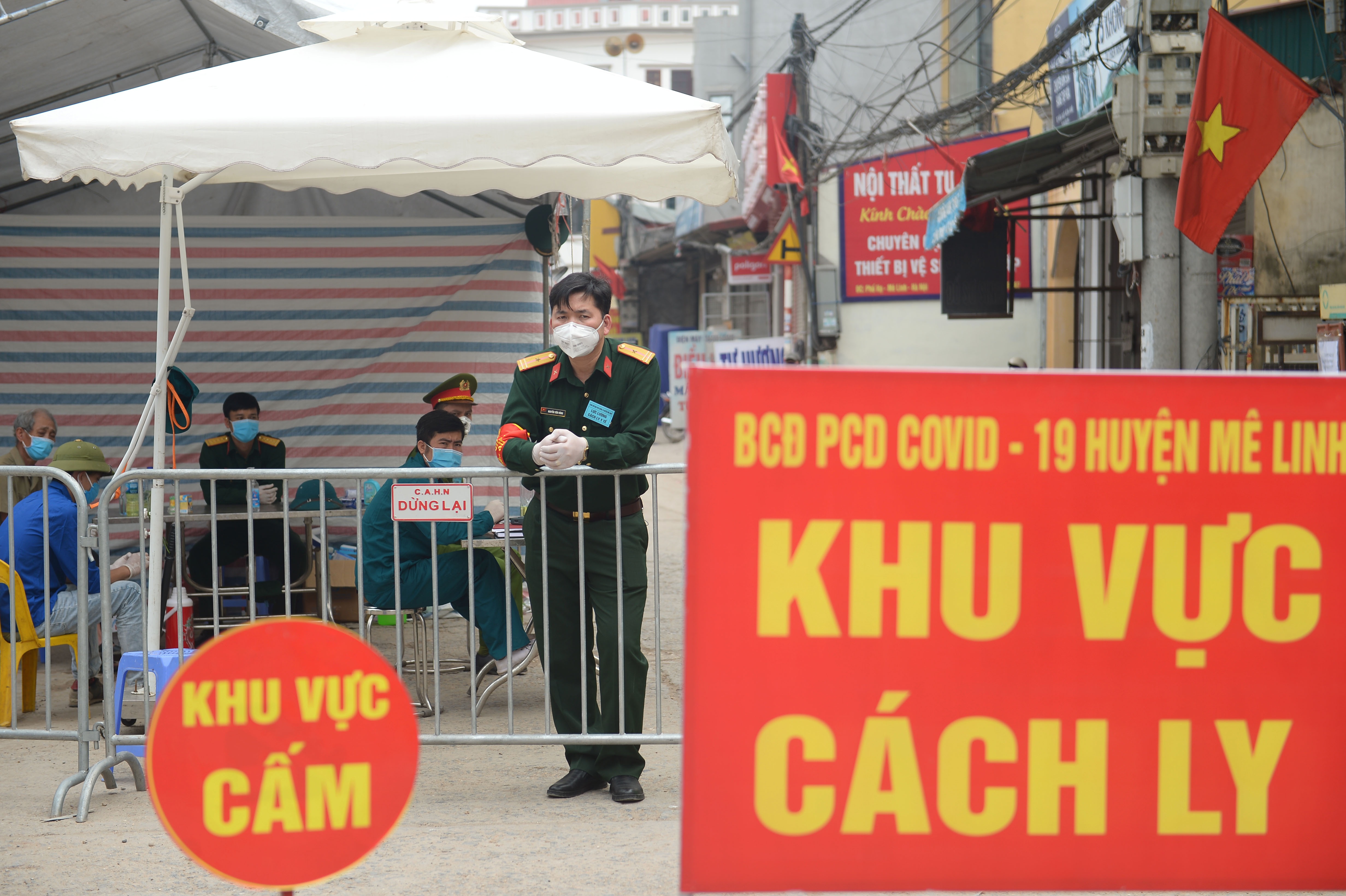 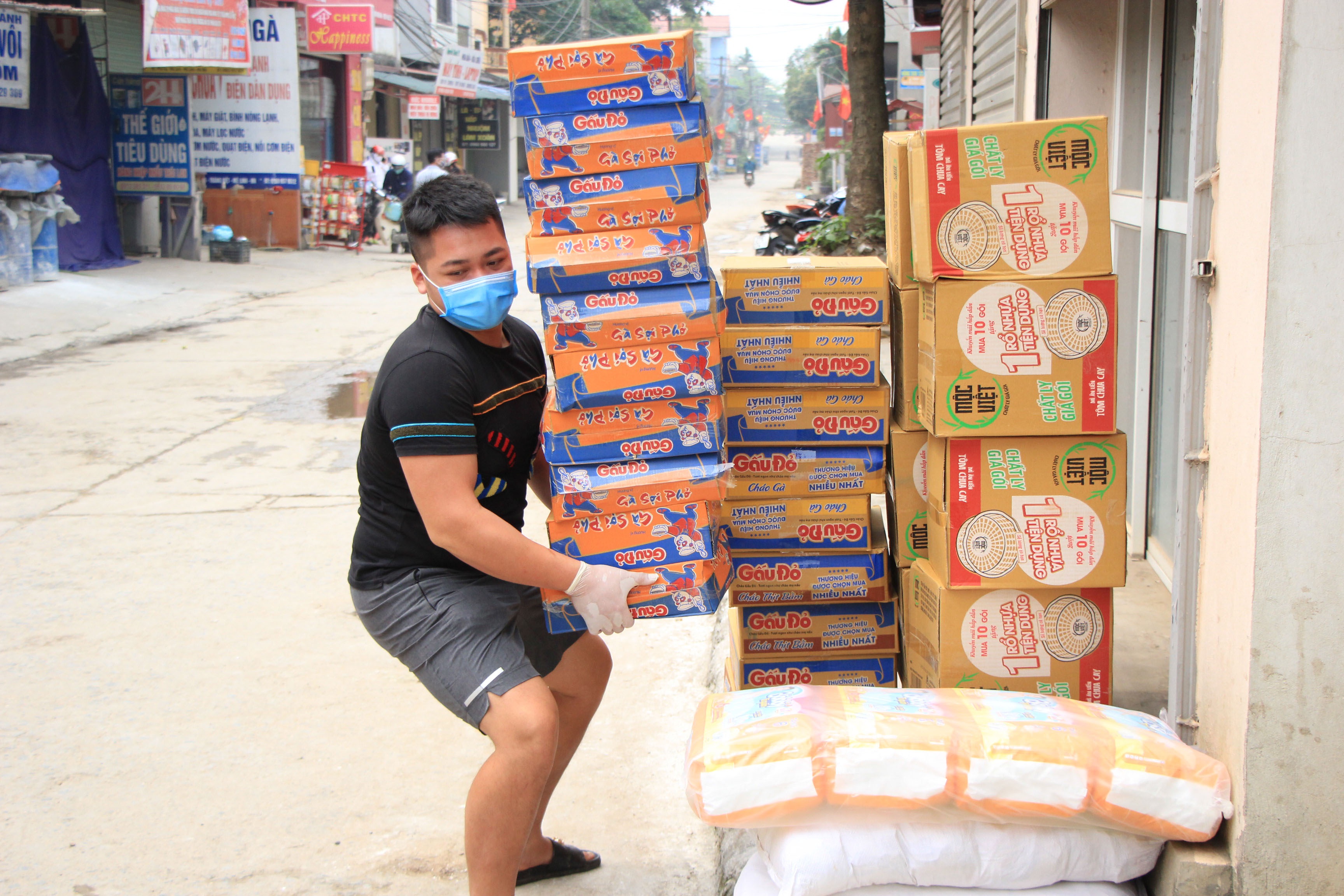 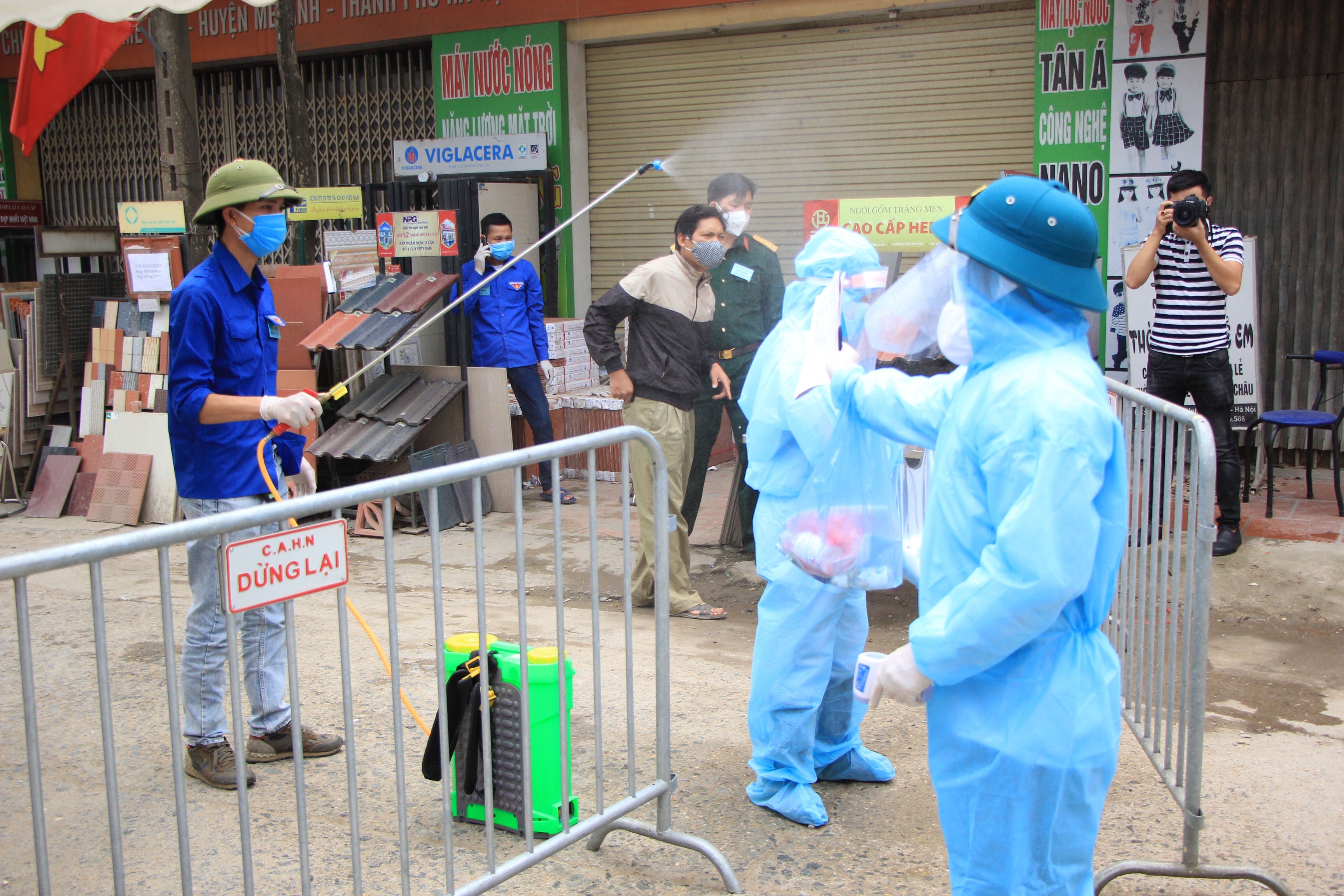 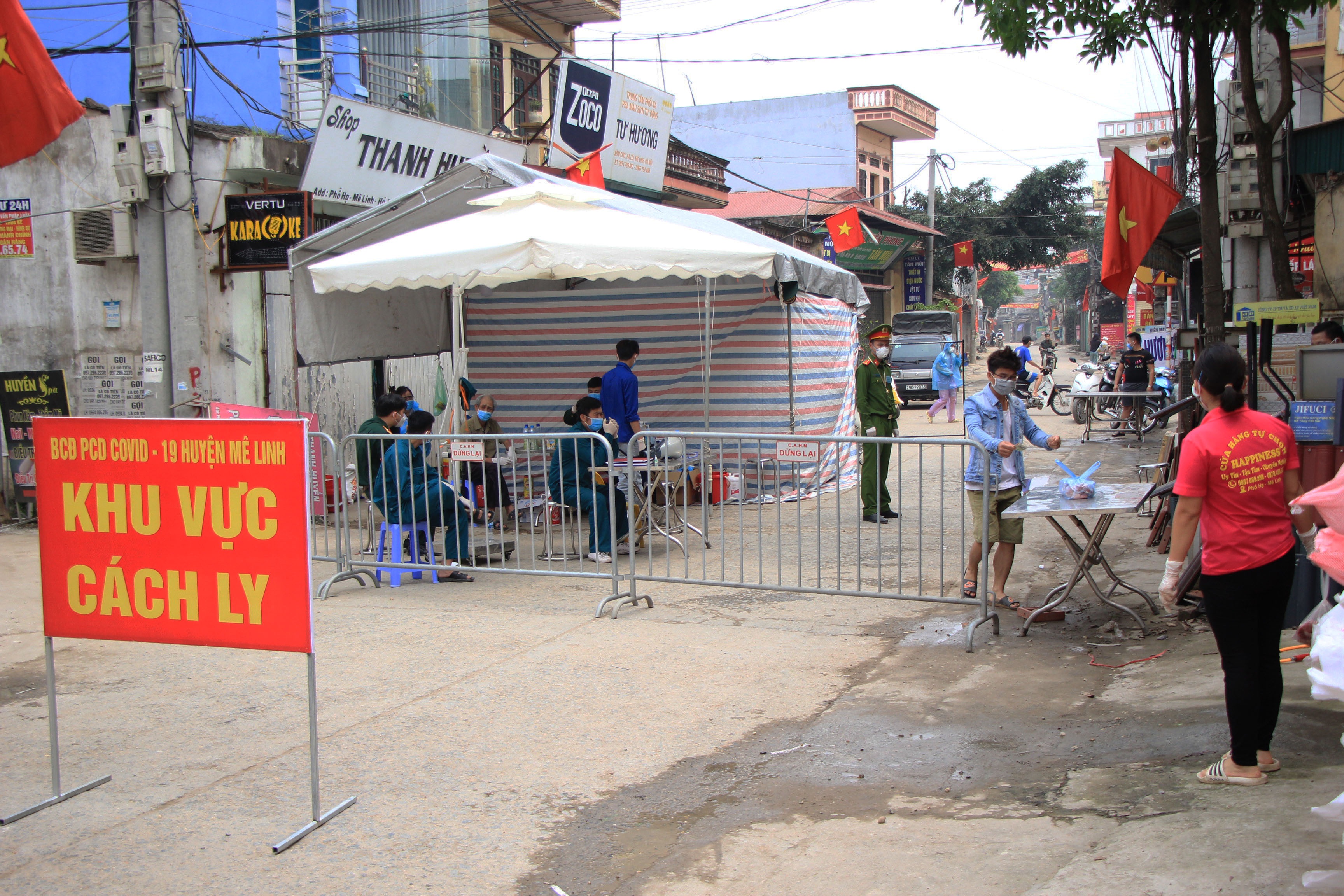