“I deeply regret to learn of the Facebook post of H.E. Lee Hsien Loong, Prime Minister of Singapore, on 31 May expressing his condolences on the passing of General Prem Tinsulanonda in which he said ‘His [General Prem] time as PM coincided with the ASEAN members (then five of us) coming together to oppose Vietnam’s invasion of Cambodia and the Cambodian government that replaced the Khmer Rouge...’,”Hun Sen wrote in a Facebook post on June 6 night.

“His statement reflects Singapore’s position then in support of the genocidal regime and the wish for its return to Cambodia,” the Cambodian PM said, recalling that Singapore was the host of the tripartite meeting that led to the formation of the coalition government of the Democratic Kampuchea, which had prolonged the war and the suffering of Cambodian people for another 10 years.

“Finally, I shall ask whether H.E. Lee Hsien Loong consider the trial of Khmer Rouge leaders legitimate?” the PM concluded.

Earlier, Cambodian Deputy PM and Defence Minister Tea Banh, President of the Union of Youth Federations and National Assembly member Hun Many, and many scholars and annalists in Phnom Penh also rebuked PM Lee Hsien Loong for his statement.

Spokesperson of the Vietnamese Ministry of Foreign Affairs Le Thi Thu Hang said on June 4 that Vietnam regretted that some contents in the remarks of Singaporean PM Lee Hsien Loong at the 18th Shangri-La Dialogue and on his Facebook page did not objectively reflect the historical truth, causing negative impacts on public opinions.

The contribution and sacrifice of Vietnam in the joint efforts with Cambodian people to end the Khmer Rouge genocide regime have been widely recognised, Hang said.

On November 16, 2018, the Extraordinary Chambers in the Courts of Cambodia (ECCC) issued a verdict on the crime against humanity committed by the Khmer Rouge.

The ruling reflected objectively the historical truth, enforcing justice and making fair restitution to victims, which was welcomed by the international community and the United Nations, she added.-VNA

Vietnam regretted that some contents in the remarks of Singapore’s PM Lee Hsien Loong at the 18th Shangri-La Dialogue and on his Facebook page did not objectively reflect the historical truth, causing negative impacts on public opinions.

Cambodia’s Defence Minister General Tea Banh and lawmaker Hun Many of the Cambodian People’s Party have lashed out at Singaporean PM Lee Hsien Loong for accusing the Vietnamese troops of invading Cambodia to topple the Khmer Rouge regime in 1979. 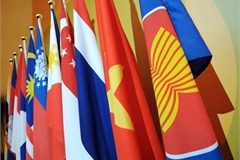