The five include Tran Vinh Tuyen, born in 1965, Vice Chairman of the Ho Chi Minh City People’s Committee, and Tran Trong Tuan, born in 1969, deputy head of the Office of the city Party Committee and former Director of the municipal Department of Construction.

The other three are Phan Truong Son, Vice Director of the city Department of Planning and Architecture Department, Tran Quoc Dat and Le Tan Hoa, both work in the municipal Department of Construction.

All the defendants are accused of “violating regulations on the management and use of State assets, causing losses and wastefulness” under Clause 3, Article 219 of the 2015 Penal Code.

On July 9, the investigation police agency issued arrest and house search warrants for the five.

The agency has been investigating into the violation of regulations over the management and use of State assets, causing losses and wastefulness, and appropriation of property in Sagri since 2019.

Also on July 11, Prime Minister Nguyen Xuan Phuc signed a decision to suspend Tuyen from his post as the Vice Chairman of the Ho Chi Minh City People’s Committee for 90 days from the signing date.

The same day, the Standing Board of Ho Chi Minh City People’s Council also suspended Tuyen and Tuan’s status as members of the council in the 2016-2021 tenure. VNA 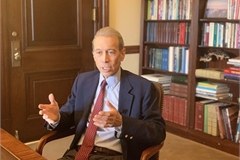 The key to prevent and counter the threats of terrorism lies in addressing the root causes of terrorism, including unemployment, injustices, inequities, discrimination, marginalisation and unresolved conflicts,