Former US President Bill Clinton and Russia's Vladimir Putin are among dozens of past and present world leaders attending a memorial service for France's Jacques Chirac. 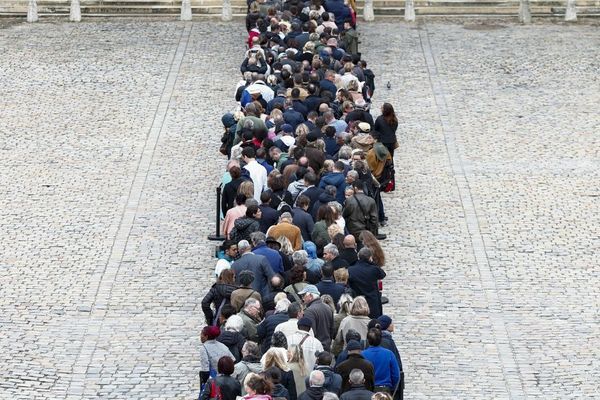 A choir sang as the late president's former security guards carried his coffin, which was draped in the tricolore flag, into Saint-Sulpice church in Paris.

Chirac died last week at the age of 86.

He served two terms as president and twice as prime minister.

Monday was declared a day of national mourning.

Among the mourners at Monday's service were all three living former presidents of France - Giscard d'Estaing, Nicolas Sarkozy and Francois Hollande. Also present was President Emmanuel Macron, who last week hailed Chirac as a "great Frenchman".

The Earl of Wessex, Prince Edward, attended the service on behalf of the Britain's royal family. Queen Elizabeth also shared her "condolences" in a statement, saying that Chirac's death "will be felt throughout France."

But the far-right leader Marine Le Pen - whose party won the biggest share of votes in France at the last European elections - was a notable absence from the funeral after the Chirac family made it clear she was not welcome.

During his first presidential term (1995-2002), Jacques Chirac took France into the single European currency. At the start of his second term (2002-2007), he spearheaded international opposition to the US-led invasion of Iraq.

His later years were blighted by corruption scandals, including a conviction related to his time as mayor of Paris and allegations he was given briefcases of cash by African leaders - which he strenuously denied.

At the weekend, thousands of people queued in Paris to see the coffin of the late president as it lay in state.

The queue of well-wishers stretched around the Hôtel des Invalides.

After lying in state in Les Invalides, former President Jacques Chirac's body was transferred to Saint-Sulpice for the final memorial service. Reuters