At the gathering, Party members will discuss and make decisions on a range of important issues, including the national socio-economic development plan for the 2021 - 2025 period.

Participants will also spend time examining several key positions in the State apparatus in order for the National Assembly to either elect or approve during its first upcoming session.

In his opening speech, Party General Secretary Nguyen Phu Trong suggested that key Party members should conduct an in-depth analysis of the nation’s current socio-economic situation, along with various factors that affect the implementation of key development tasks.

He also requested that Party members make both short- and long-term forecasts for the cause of national socio-economic development, taking into account the complex nature of the COVID-19 pandemic, the impact of the Industry 4.0, and new development and security trends occurring globally.

The conference is scheduled to last until July 9. 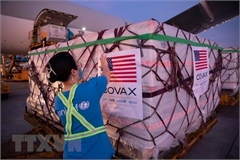