Prime Minister Nguyen Xuan Phuc on October 18 issued a dispatch asking for greater efforts to rescue operations and settlement of consequences of landslides in the central provinces of Thua Thien – Hue and Quang Tri.

In his dispatch, he emphasised that floods and landslides triggered by torrential rains over the past month in the central and Central Highlands regions, particularly Thua Thien – Hue and Quang Tri provinces, claimed several lives and left dozens of other missing.

Heavy rain is predicted to last in the coming days, posing a high risk of landslides and flash floods in the central and Central Highlands regions. To protect the life and properties of residents, the PM asked the Ministry of Defence, the National Committee for Disaster Response and Search and Rescue to instruct Military Region 4 and relevant units to mobilise all resources and equipment to search and rescue workers who lost contact at the Rao Trang 3 hydropower plant and soldiers buried by a landslide in Huong Hoa district, while ensuring safety for rescue forces.

The ministries of Transport and Public Security and the People’s Committees of Thua Thien – Hue and Quang Tri were asked to mobilise all equipment and resources to join efforts with the Ministry of Defence and Military Region 4 to fix road to in the affected areas so that machineries and means of transport are brought to assist the rescue work in the landslide scenes.

Meanwhile, localities were also asked to promptly assist state policy beneficiaries, and families of natural disaster victims, as well as those affected by natural disasters.

The Central Steering Committee on Natural Disaster Prevention and Control is responsible for keeping a close watch on flood developments in order to adopt response measures.

Also the same day, Deputy PM Trinh Dinh Dung and his working delegation made a field trip to Quang Tri province to instruct the settlement of the consequences of floods.

During his meeting Cam Lo authorities, Dung conveyed PM Nguyen Xuan Phuc’s condolences to the people in the central region in general and to those in Quang Tri in particular, especially the relatives of the flood victims.

He praised efforts of rescue forces and asked them to prioritise searching and rescuing soldiers buried by a landslide in Huong Hoa district.

As of 4:45 pm of October 18, 14 bodies of 22 soldiers buried by a landslide earlier the same day in Huong Hoa district had been found./.VNA 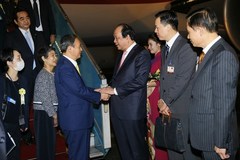 Japanese Prime Minister Yoshihide Suga and his wife started their official visit to Vietnam from October 18 afternoon at the invitation of Prime Minister Nguyen Xuan Phuc. 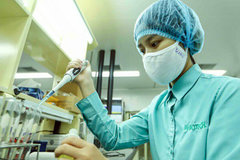 Despite difficulties caused by the COVID-19 pandemic, the Vietnamese Party and State have done their best to ensure the right to freedom of travel for Vietnamese and foreign citizens in line with Vietnamese and international law. 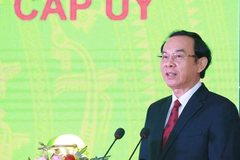 Nguyen Van Nen, former head of the Party Central Committee Office, has been picked as new secretary of the HCMC Party Committee for the 2020-2025 tenure. 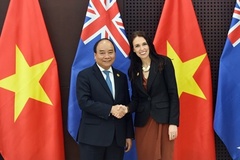 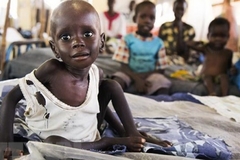 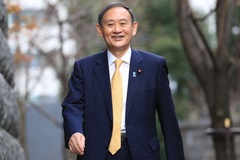 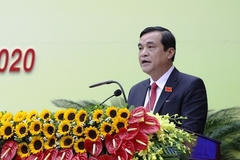 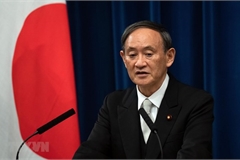 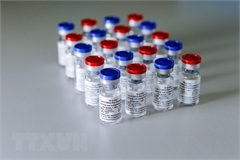 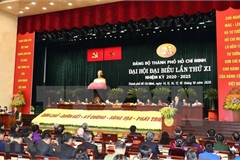 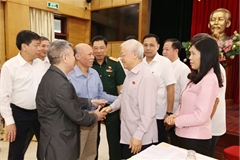