Vietnam will shoulder “great and dual responsibility” as a non-permanent member of the United Nations Security Council for 2020-2021 tenure and ASEAN Chairmanship 2020, according to Prime Minister Nguyen Xuan Phuc.

In his latest article released Saturday, PM Phuc said he is so proud as Viet Nam was elected to the United Nations Security Council on Friday night with high rate of positive votes.

Phuc wrote that this is an opportunity for Viet Nam to beef up cooperation between the United Nations and regional and sub-regional organizations, including ASEAN, thus contributing to uphold multilateralism for peace and security regionally and globally.

Winning a seat on the United Nations Security Council reflects the position and prestige of Viet Nam on the international arena and makes Viet Nam more confident to continue its cause of comprehensive, intensive and effective international integration.

It is also an opportunity for Viet Nam to further substantiate bilateral ties with foreign countries and partners around the world, Phuc wrote.

Facts and figures show how Viet Nam has progressed since 2007 when Viet Nam was first elected to the Security Council for 2008-2009 tenure.

As this is the second time Viet Nam was elected to the Security Council, Phuc expressed his belief that Viet Nam is well-prepared and willing to do its utmost to successfully fulfill the role of the non-permanent membership and truly become a partner for sustainable peace.

He also expressed wish to receive support, assistance and cooperation from all members of the Security Council and the United Nations General Assembly so that Viet Nam could make positive contributions to the joint efforts of the international community for a green planet of sustainable peace and development.

At this year’s election, the United Nations General Assembly elected five new members to the Security Council, namely Viet Nam, Niger, Estonia, Tunisia, and St. Vincent and the Grenadines for the 2020-2021 tenure.

Representatives from many countries at the United Nations sent congratulations to Vietnam on becoming a non-permanent member of the UN Security Council for 2020-2021 with 192 votes of the total 193 UN member countries.

Vietnam officially won the election to become a non-permanent member of the United Nations Security Council (UNSC) for 2020-2021 after getting 192 votes out of the 193 member countries and territories of the UN General Assembly on June 7. 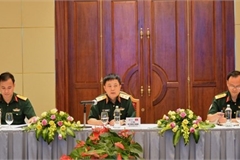 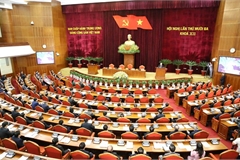 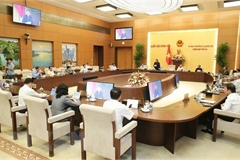