US spy arrest: Tour guide charged with being China agent

A US citizen working as a tour guide has been charged with spying for Chinese intelligence services, the US Department of Justice said. 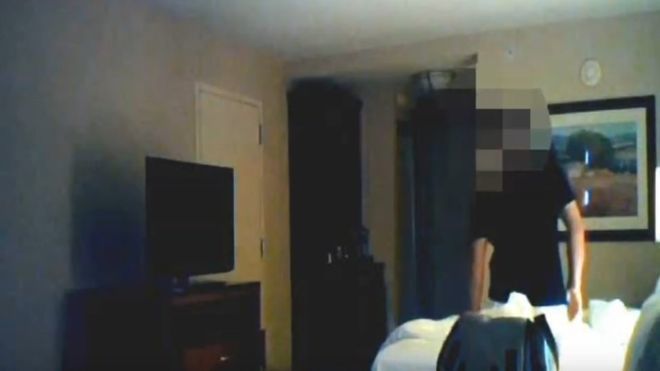 He was arrested on Friday in Hayward, California, and denied bail at a court hearing.

"The conduct charged in this case alleges a combination of age-old spy-craft and modern technology," US Attorney David Anderson said.

On six separate occasions, Mr Peng allegedly showed up at hotel rooms in California and Georgia to collect or drop off packages.

Covert FBI footage, released by the US Department of Justice, shows Mr Peng conducting some of the dead drops, prosecutors said. Dead drops are used by spies to pass information or items in secret locations.

Mr Peng's arrest "exposes and disrupts an operation by those Chinese intelligence officers to collect such information without having to step foot in this country", Assistant Attorney General of National Security John Demers said.

A resident of Hayward in San Francisco's Bay Area, Mr Peng arrived in the US on a temporary business visa. He became a permanent resident in February 2006, following his marriage to his then wife, and was naturalised as a US citizen in September 2012.

Trained in traditional Chinese medicine, Mr Peng is believed to have been working as a sightseeing tour operator in the San Francisco area for Chinese students and visitors.

Mr Peng is expected to appear in court for a detention hearing in San Francisco on Wednesday. If convicted of the charges, he faces a maximum sentence of 10 years, and a fine of $250,000 (£203,000). Reuters