US Secretary of State Mike Pompeo affirmed on June 28 that the US welcomes the vision statement of ASEAN leaders, which was adopted at the recent 36th ASEAN Summit.

The diplomat tweeted “The United States welcomes ASEAN Leaders’ insistence that South China Sea disputes be resolved in line with international law, including UNCLOS. China cannot be allowed to treat the SCS as its maritime empire. We will have more to say on this topic soon.”

The South China Sea is known in Vietnam as the East Sea.

He also included a link to the ASEAN Leaders' Vision Statement on a Cohesive And Responsive ASEAN: Rising Above Challenges And Sustaining Growth.

The 36th ASEAN Summit was held via video conferencing on June 26 under the chair of Vietnamese Prime Minister Nguyen Xuan Phuc. Vietnam is the Chair of ASEAN in 2020.

ASEAN leaders affirmed the importance of maintaining and promoting peace, security, stability, safety and freedom of navigation and aviation in the East Sea.

They also emphasised the need to fully and effectively implement the Declaration on the Conduct of Parties in East Sea (DOC) and soon build a Code of Conduct in the East Sea (COC) in line with international law, including the 1982 United Nations Convention on the Law of the Sea (UNCLOS).

The bloc’s leaders expressed concerns over land reclamations, recent developments, activities and serious incidents, which have eroded trust and confidence, increased tensions and may undermine peace, security and stability in the region.

They reaffirmed the need to enhance mutual trust and confidence, exercise self-restraint in the conduct of activities that would complicate or escalate disputes and affect peace and stability and avoid actions that may further complicate the situation, and pursue peaceful resolution of disputes in accordance with universally recognised principles of international law, including the 1982 UNCLOS.

They also emphasised the importance of non-militarisation and self-restraint in the conduct of all activities by claimants and all other states that could further complicate the situation and escalate tensions in the East Sea. 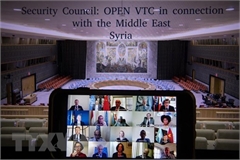 Ambassador Dang Dinh Quy, head of the Vietnam Mission to the UN, has called on the international community to continue providing humanitarian aid for Syria and emphasised the necessity for a consensus on the humanitarian aid issue. 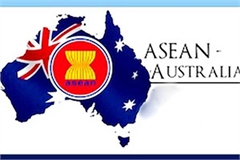 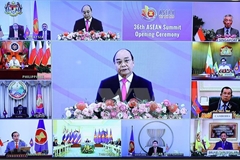 By successfully organising the teleconferenced 36th ASEAN Summit amid complex developments of COVID-19, Vietnam has once again affirmed its proactive and responsible chairmanship of ASEAN in 2020, 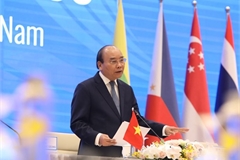 Many foreign news agencies covered the teleconferenced 36th ASEAN Summit chaired by Vietnam on June 26, highlighting COVID-19 as one of its focuses. 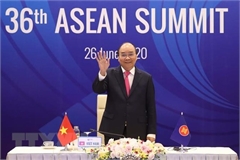 The United Nations says it is "shocked and deeply disturbed" by footage of an apparent sex act in one of its official cars in Israel.

Deputy Prime Minister and Foreign Minister Pham Binh Minh on June 26 cabled a message to the President of the UN Security Council on the occasion of 75th anniversary of the signing of the UN Charter (June 26).

Vietnamese Prime Minister Nguyen Xuan Phuc chaired the ASEAN Leaders’ Interface with Representatives of ASEAN Youth via a video conference on June 26 as part of the 36th ASEAN Summit.

Ambassador Dang Dinh Quy, head of the Vietnam Mission to the United Nations, reaffirmed Vietnam’s backing for Afghan-led peace process and called for parties involved to promote the implementation of the peace process.

The White House has threatened to veto the measure, which Senate Republicans reject as an overreach.

The United Nations Security Council (UNSC) on June 25 adopted Resolution 2529 on reappointing the prosecutor and reviewing the two-year operation of the International Residual Mechanism for Criminal Tribunals (IRMCT).