The Politburo for the first time ever issued a regulation on keeping power in check in personnel work and fighting the use of money or influence to gain positions and power.

It is not accidental that Regulation 205/QD-TW was promulgated at a time when preparations are underway for all-level Party congresses towards the 13th National Party Congress.

Officials, Party members and the public have shown their approval of the new regulations, saying that it is a timely move meeting the needs in personnel preparation for the new term, ensuring that only capable and prestigious persons are selected for the Party leadership.

In reality there have been many cases when officials use the power of their positions to form interest groups or put their relatives in positions in public agencies, which is a serious violation of the principle of centralized democracy, working regulations and rules on personnel work of the Party and the State.

Even some high-ranking officials of the Party and the State committed such violations. One such example is Le Phuoc Thanh, who was stripped of the position as Secretary of the Party Committee of Quang Nam province in 2010-2015 tenure for promoting his son who did not have all the required qualifications. Another case is former standing vice chairman of the steering committee for southwest region Nguyen Phong Quang, who signed decisions to appoint more than 30 officials not following regulations. He was later stripped of all positions in the Party by the Party Central Committee’s Secretariat.

Those are just two among many cases of violations of personnel rules that have been detected and punished strictly in the recent past. The abuse of power has become a serious problem, affecting the working desire of many capable officials and causing disunity.

The identification of the bad practice of paying for promotion or job assignment in Regulation 205 serves as the foundation for functional agencies to handle such practice and for officials, Party members, the public, the Vietnam Fatherland Front and other agencies and mass organisations to detect and denounce such negative acts.

Regulation 205 also stipulates additional punishments for violators. Besides disciplinary measures against Party members committing violations such as warning, reprimanding and dismissing as said in the Politburo’s Regulation 102-QD/TW, those who engage in or cover up acts relating to the use of power or money to get promotion or positions can also be removed from the personnel plan for certain periods, or be excluded from positions in organization, personnel and inspection work. Those who are expelled from Party for such violations can be dismissed from their jobs or have their working contracts end. Those who give or receive bribes, or commit violations to a certain extent will be subject to criminal liability and handed over to relevant agencies for investigations and punishment in accordance with the law./.

Deputy Minister Vinh affirmed that Vietnam treasures its relationship with the EU, including defence ties, adding that the Vietnamese Defence Ministry wants to work closely with the EU Delegation in Vietnam to further promote defence ties between the two sides.

Vinh welcomed the visit by the Chairman of the EU Military Committee next year, and expressed his wish that EU will support Vietnam during the year Vietnam serves as Chair of the Association of Southeast Asian Nations (ASEAN) in 2020.

The head of EU Delegation to Vietnam noted the positive development of the EU-Vietnam relationship, including in the field of defence. He said the EU hopes Vietnam will continue backing the EU’s engagement in defence-security structures in Asia-Pacific, including the ASEAN Defence Ministers’ Meeting Plus (ADMM ).

The same day, Deputy Minister Vinh received the out-going and new Defence and Military Attachés, Naval Attachés and Air Attachés of the Thai Embassy in Vietnam.

Vinh told the guests that defence cooperation between Vietnam and Thailand has grown more effective over the recent past. He said the Vietnamese Defence Ministry appreciates the work of the Defence and Military Attaché, Naval Attaché and Air Attaché of Thailand during the past tenure.

The Deputy Defence Minister pledged to create favourable for the new attachés to fulfill their duty.

He also asked Thailand to support Vietnam when Vietnam serves as Chair of the ASEAN in 2020./.

Vietnamese Ambassador to Russia Ngo Duc Manh paid a working visit to the Republic of Kalmykia from October 7-9 at the invitation of Kalmyk President Batu Khasikov.

The visit aimed to explore Kalmykia’s potential and strengths, as well as similarities and reciprocity between Vietnam and Kalmykia, in a bid to set up bilateral cooperation in areas of shared concern, the ambassador told President Khasikov during their meeting on October 7.

Host and guest focused on collaboration in trade, economy and investment between Vietnamese regions and Russian ones, including Kalmykia.

The ambassador briefed his host on bilateral economic and trade links over the past years, especially after the Vietnam-EAEU Free Trade Agreement was signed in October 2016.

They shared the view that economic and trade ties are yet to match the expectations and potential of both sides as many products of strength have not yet been introduced in their respective markets.

The Vietnamese Embassy in Russia is doing its best to help localities of the two countries establish relations, Manh said, citing the formation of twinning relations between many Vietnamese and Russian cities.

He expressed his hope to visit Vietnam as soon as possible in order to learn about the country’s potential as well as opportunities for further collaboration with the Southeast Asian nation.

While in Kalmykia, Manh and his entourage visited the National Museum and the Kalmyk State University./.

The Party Central Committee (PCC) discussed at the hall the draft Political Report and the draft report on 10-year implementation of the Platform on national construction during the transitional period to socialism (revised and supplemented in 2011) in the morning of October 8.

The discussion was run by Tran Quoc Vuong, Politburo member and standing member of the PCC Secretariat. 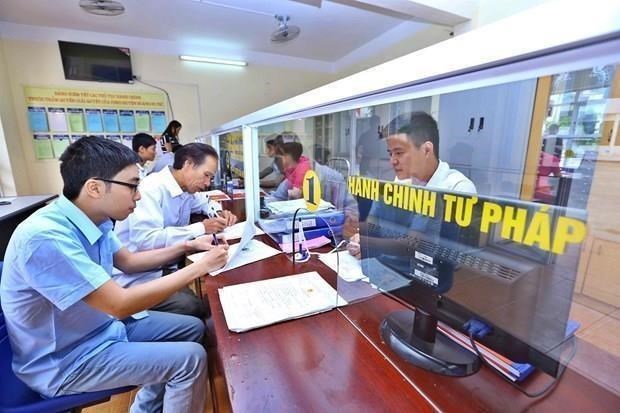 The northern province of Vinh Phuc is pushing the review of functions, tasks, power and organization of provincial and district-level departments of the local administrations with a view to streamlining the apparatus.

At the same time, the province continues to work to reduce the number of staff on State payroll by at least 10 percent compared to 2015, while trying to recruit young scientists and students newly graduating from universities with outstanding academic results to work in spearhead sectors such as health care, education, construction, transport, economic affairs, and natural resources and environmental protection.

Vinh Phuc is also focusing efforts on implementing tasks set in the Notice 130-KL/TU dated May 10 this year in merging centres and reshuffle financial funds outside the State budget.

Deputy director of the provincial Home Affairs Department Hoang Thanh said after three years implementing Project 01-DA/TU of the provincial Party Committee’s standing board and related resolutions of the Party, the apparatus from provincial to grassroots levels has become more compact and efficient, reducing overlapping in tasks and power as well as intermediary links.

He cited as an example that three sub-divisions (irrigation, land management and environmental protection) and 58 sections in provincial-level departments and agencies have been resolved. The number of public non-productive units in the province has been reduced by 106, including 49 units in the education-training sector, 14 in health care, and 16 in all-level project management. /. 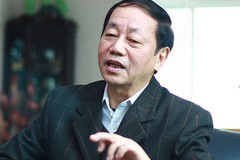