The National Assembly will focus on four groups of issues during the question-and-answer sessions as part of its ongoing eighth session, said NA General Secretary and Chairman of the NA Office Nguyen Hanh Phuc said.

The four groups are internal affairs, industry and trade, agriculture and ruraldevelopment, and information and communications, he told reporters.

During the Q&A sessions, deputy prime ministers and ministers in charge ofrelevant fields will give further explanations of related problems along with ministersof and heads in charge of the selected sectors.

The Prime Minister will answer questions raised by deputies.

Each NA deputy has one minute to put question, and after three or four questions,the Cabinet member has three minutes to make the answer.

The Q&A sessions which will take place from November 6-11 will be broadcastlive on national television and radio./.

The National Assembly (NA) will listen to a report on examining the draft law on amendments and supplements to some articles of the Law on NA Organisation during its ongoing eighth session in Hanoi on October 29.

The draft revisions include regulations regarding the NA Standing Committee, the NA’s Ethnic Council, and committees.

The law on amendments and supplements to some articles of the Law on NA Organisation is due to come into force on June 1, 2020.

Lawmakers will later listen to a report on examining the resolution on pilot dissolution of People’s Councils in wards of Hanoi districts and towns.

They are also scheduled to discuss in groups the two draft laws./.

The National Assembly Standing Committee on Monday proposed adding four conditions under which Vietnamese citizens are not allowed to leave the country to amend the Law on Immigration.

The proposal was made during the afternoon meeting of the sixth working day of NA’s eighth session in Hà Nội led by NA Chairwoman Nguyễn Thị Kim Ngân.

The committee also proposed not issuing diplomatic and official passports to individuals other than those regulated in the current immigration law.

Also at the meeting, NA deputies stressed the importance of clearly presenting the State’s management responsibility for immigration in the law.

Deputy Trương Trọng Nghĩa from HCM City said: “The law affects the right to enter and leave a country, which is considered a human right in the international conventions of which Việt Nam is a member.

“It’s one of the most sacred rights, so regulations that concern the limitation of this right must be planned carefully.

“So Article 3 of the law, which stipulates immigration principles, has to state clearly the State’s management responsibility for immigration so the State is bound to ensure citizens’ freedom to enter and leave the country.”

In the morning, a report collecting feedback on the draft revised Law on Militia and Self-Defence Forces was presented by Võ Trọng Việt, chairman of the NA’s Committee on National Defence and Security.

Fifteen lawmakers presented their opinions on the draft, mostly in favour of amending the law.

Also in the morning, Deputy Prime Minister and Foreign Minister Pham Binh Minh reported on the State’s external activities in 2019.

Concluding the working day, NA Vice Chairman Đỗ Bá Tỵ said the committee will direct agencies to fine-tune the laws before submitting them to the legislature for approval.

Today, the NA will hear a report on the draft amendments of a number of articles of the Law on the Organisation of the National Assembly, among others. VNA/VNS 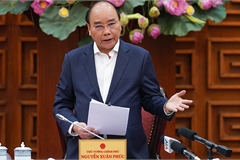 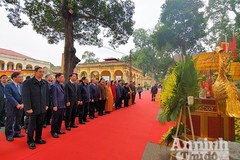 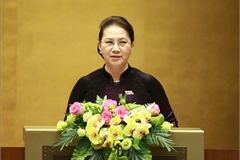 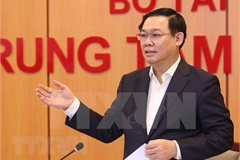 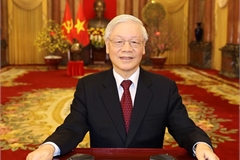