In 2018, Minh Khang, a new IT majoring graduate, received a job offer from a well-known software firm with the salary of VND8-12 million. The rate was attractive if noting that a new graduate in other majors could get only VND5-6 million. 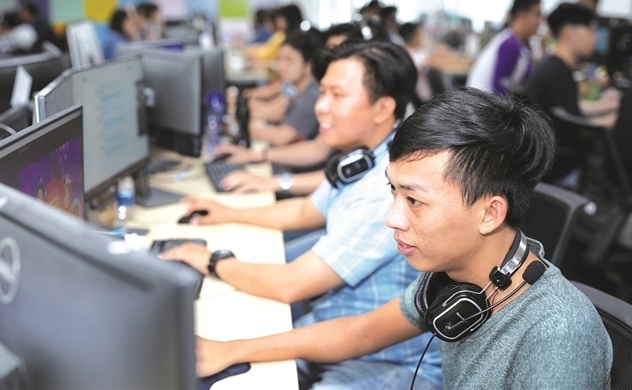 When the young software engineer has two years of experience, he will receive VND17-18.5 million.

According to TopDev, the leading website on IT jobs, software engineer is the most wanted in the IT industry, accounting for 75 percent of market share.

However, the demand has increased more rapidly in the e-commerce sector. A survey by iPrice at five large e-commerce firms in Southeast Asia, including Lazada, Shopee, Zalora, Tokopedia and Bukalapak, found that the firms create 800 new jobs each quarter.

Also according to iPrice, e-commerce now has high demand for talents in software programming, digital marketing, data science and marketing. The fields play a very important role in business performance of technology-based companies.

Tracey Do, HR Director of Shopee Vietnam, affirmed that the number of workers at Shopee has increased steadily by twofold in the last three years. In 2016, Shopee only had tens of workers, but the figure now is 700.

Vingroup has signed cooperation agreements with more than 50 leading universities in Vietnam, asking the schools to produce qualified workers. The conglomerate committed to receive 100,000 new graduates majoring in IT in the next 10 years.

Gaku Echizenya, Navigos Group’s CEO, confirmed the increasingly high demand for IT engineers in the digitalization era. He cited a report as saying that in 2020, Vietnam will need 1 million workers in the field.

The demand is extremely high for new technologies such as blockchain and AI.

Navigos Group reported that 60 percent of workers in the IT industry have plans to take new jobs. Around 47 percent of them leave as they want higher salaries, 15 percent want to get a job promotion, and 10 percent want a new working environment.

Salaries and allowances, however, are not the decisive factors to attract workers in the industry.

Nguyen Thanh Huong, deputy CEO of Talentnet, noted that unlike previous generations, the majority of workers in technology firms are young with differences in behavior and desires. Employers need to change their corporate governance and apply different measures to retain talents, rather than only offer high pay.

Advanced technologies needed to deal with waste problems in Vietnam

Selecting a waste treatment model suitable for Viet Nam's development conditions remains a challenge for local authorities, a government official said on June 12 at a seminar in HCM City.