4-year-old iPhone 6S Plus still a bestseller in Vietnam

Retailers say iPhone 6S Plus is the second bestselling model among Apple’s products in Vietnam.

“Launched four years ago, iPhone 6S Plus remains attractive to users. It ranks second in number of products sold and third in revenue,” said Tran Duc Tin from The Gioi Di Dong, the largest mobile phone retail chain in Vietnam. 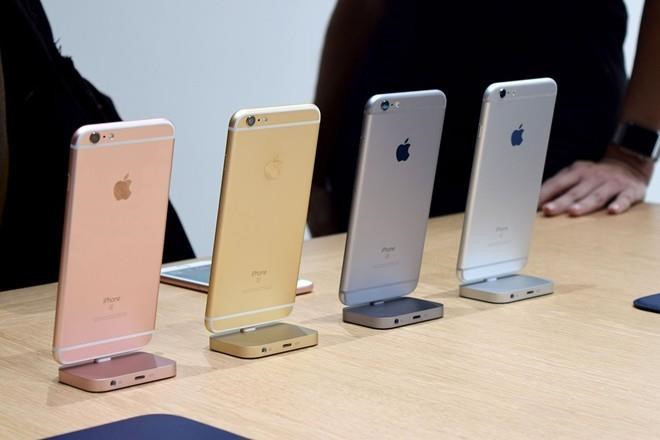 In principle, next-generation models decrease in price one year after they are launched, when newer generations of iPhone are introduced.

iPhone 6S and 6S Plus were marketed by Apple in 2015. According to GfK, they are listed among the bestsellers in the market segment of products now priced at VND7-10 million. There are about 20 models in this segment.

According to Tin, iPhone 6S and 6S Plus are selling at VND8 million and VND10 million, respectively, for 32 GB versions.

With large screen and long battery use, iPhone 6S Plus attracts more attention than 6S. However, some experts said the life of the 6S generation won’t last long because of iPhone 7 and iPhone 7 Plus.

If compared with the next-generation Android models, Apple’s two models are inferior in design, performance and camera. However, with support from Apple to update software, they still can meet requirements from customers, especially those who like iOS.

In the unofficial market, iPhone 6S and 6S Plus 16 GB are selling at VND3.3 million and VND5.2 million, respectively.

The owners of private shops confirmed that the sales of the products are stable, though they are no longer ‘hot’. This is the oldest iPhone model still available at private shops.

Meanwhile, most shops have stopped trading iPhone 5, 5S and iPhone 6 because of unstable supply and low demand.

“If someone wants to buy old-generation iPhones to save money, they should choose 6S and 6S Plus,” said Nguyen Hoang Giang, the owner of a private shop on Nguyen Khang street in Hanoi.

iPhone 5 and 5S both have a small screen and weak battery, which no longer fits the taste of most users. If compared with Android models, they are less competitive, because the video quality is low with a 4-inch screen.