The groundbreaking ceremony for the first hi-tech WTE plant of Bac Ninh and the second in the country took place in late May. 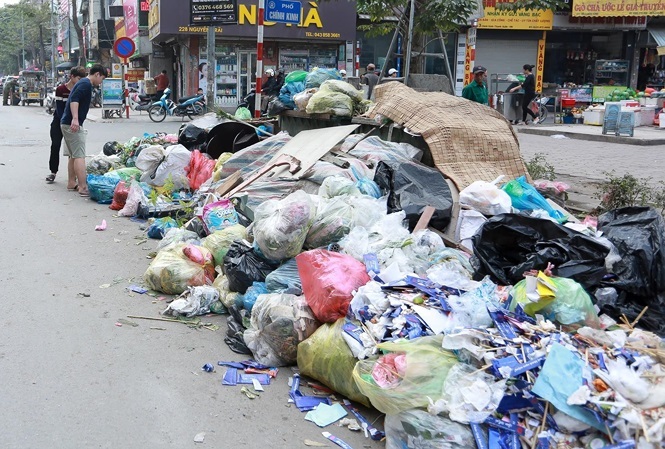 The VND1.4 trillion plant, expected to become operational after 15 months of construction, will treat 500 tons of waste a day and generate 11.7 MWh of electricity.

With advanced technology that meets European standards from leading Finnish suppliers, the project is hoped by Bac Ninh Provincial People's Committee to solve waste treatment problems in the province.

In December, the Can Tho WTE Plant in Thoi Lai district in Can Tho City became operational. This is the first plant of its kind in Vietnam. Capitalized at VND1.05 trillion and operational for 20 years, it can treat 400 tons of domestic waste a day and generate 150,000 Kwh of electricity.

According to Hoang Van Thuc, deputy general director of the General Directorate of Environment, burning waste to generate electricity is the most optimal technology available in the world for solid waste. The technology is used by European countries and Japan.

According to Chi, there are two kinds of WTE technology: burning waste to generate electricity from high-calorific waste (carefully sorted garbage) or from low calorific sources (preliminary classification).

In Japan, Korea and Europe, the sorting of waste at source is done properly, so the former technology is applied. In Vietnam, the latter technology is used because waste can be classified only preliminarily. This technology provides a lower energy recovery rate, but it is suited to Vietnam’s current conditions.

In related news, theh Ministry of Industry and Trade (MOIT) earlier this year sent a document to the Prime Minister, proposing to add the Phu Tho WTE project to the national power development plan. the Ministry of Finance (MOF) views it as problematic.