Big investments have been made in water supply projects, changing the face of the sector.

Water companies had a prosperous year in 2018 with satisfactory revenue and profit growth. Most of the companies have an attractive gross profit margin at 30-40 percent. 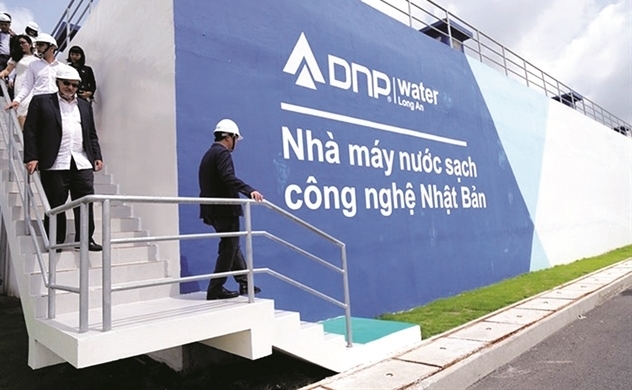 The Binh Duong Water and Environment JSC (Biwase) has released Q2 finance report showing 2.3 percent increase in revenue in comparison with the same period last year to VND641.7 billion. Its gross profit from sales and services hit VND243 billion, an increase of 10 percent.

In general, water supply companies were not attractive addresses for investors. They were state-owned enterprises, bore limitations in operation area and asset scale, had small capital, and bore state control in pricing. The revenue and profit of the companies did not increase sharply.

Meanwhile, it was very costly to invest to provide clean water to rural areas, because households were far from each other. Large amount of required investment capital, slow capital recovery, low profits and lack of preferences all discouraged investors.

However, the prospects of the sector are getting better especially after equitization. Many investors now can see the attractiveness of the sector as water is essential for daily life.

M&A deals have been made to form larger companies which have become more attractive to investors. Dong Nai Plastics (DNP) and Refrigeration Enterprise (REE) have become well known as big investors in the water supply sector.

In 2018, DNP Corp, through DNP Water (holding 75 percent of charter capital), bought big amounts of shares in water supply companies, raising its ownership ratios in the companies, including the Hanoi Clean Water Company No 3 (NS3), Binh Thuan Supply and Drainage, Can Tho Water, Long An Water and Bac Giang Water.

The total clean water DNP Corp provides is 1 million cubic meters a day and the capacity is expected to double in the next five years.

Meanwhile, REE has invested in seven water supply companies so far, mostly in HCMC. Most recently, REE has offered to purchase 5.5 million KHW shares to raise its ownership ratio from 24.85 percent to 45.85 percent. The profit in water supply services in 2018 increased by 64 percent, reaching VND154 billion.

According to HSC Securities, the CAGR of the water supply sector in 2017-2020 was 43 percent for industry and 36 percent of household consumption.